Living life in the slow lane on Amelia Island, Florida 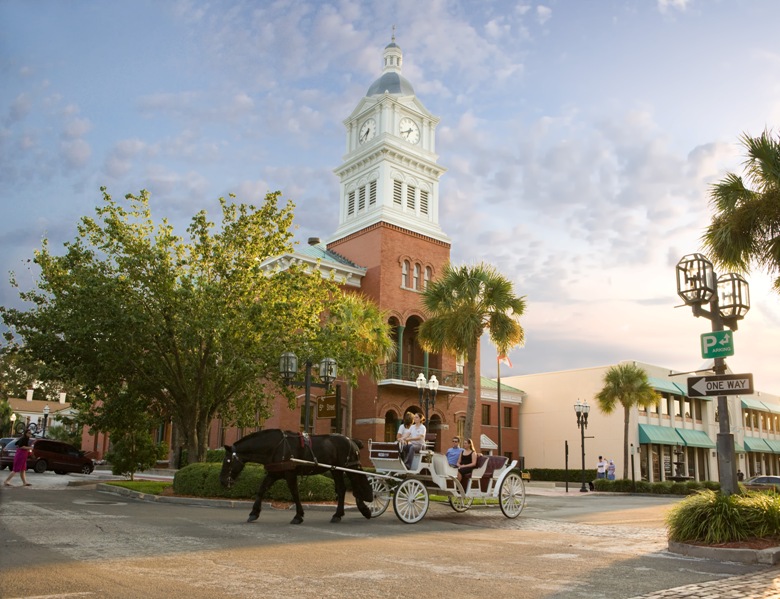 Where are the manatees?

“Some folks saw some this morning,” says my kayak guide Ray Hetchka, who along with his wife, Jody, runs Kayak Amelia in Talbot Island State Park on Amelia Island, just off the northeastern tip of Florida.

Though we’re just a 30-minute drive from Jacksonville International Airport, and plenty of nonstop flights from major cities like New York and Atlanta, we might as well be on another planet with long, deserted beaches, lots of wildlife and clear, warm water. It feels more like the South, though, than South Florida, with canopies of trees and locals like.Hetchka who seem happy to live life in the slow lane. That’s what makes this a good place for a family to slow down — together. Take your pick of 13 miles of beaches!

Hetchka is one of those rare guys who turned an avocation into a successful business when he moved here with his family some 16 years ago to escape New England’s cold winters. “We looked around and no one was doing this,” said Hetchka, a former HIV counselor, who takes me out to see the “real” Florida in the quiet salt marsh where many folks fish right from their kayaks and we spot osprey and great blue herons, but on this afternoon, no manatee.

Hetchka says kids as young as four can kayak — “as long as they can sit still in a boat for an hour.”

He knows what he’s talking about. He also runs an adventure-eco camp during the summer and promises that with 46,000 acres of nature to explore, kids shouldn’t get bored. Let’s hope so.

“You’ve got to be willing to be in the moment,” Hetchka adds, “have fun and take the experience for what it is … you may have to work at it, but the payoff is worth it.”

You could take that advice wherever you are on Amelia Island — 13 miles long, 2 miles wide, population just 12,000. It’s different than anywhere else, locals promise, and long a favorite with vacationing families from Georgia and South Florida. Other families discovered Amelia Island last summer in the wake of the Gulf oil spill. Direct flights also make it a different kind of Florida getaway for those looking for something other than theme parks or Miami glitz.

This is the kind of place for an old-fashioned beach vacation — the northern and southern tips of the island are park preserves — where nature is always front and center. In fact, the Amelia Island Convention & Visitors Bureau has expanded its nature website through a partnership with the Audubon Society that includes descriptions of some 150 species of plants and animals, which you can download to your smartphone.

But you won’t find the stifling heat of South Florida. The highs in summer are just in the high 80s and, in fact, summer is one of the most popular tourism seasons, though you’ll find many deals this summer offering a third or fourth night free.

A little trivia for the kids: Amelia Island, named for King George II of Great Britain’s daughter, Amelia, is the only U.S. territory to have had eight flags fly over it, including the flags France, Spain, Great Britain, Mexico and the Confederate States of America.

You’ve certainly got your pick of places to stay — starting with Omni’s gargantuan Amelia Island Plantation. Look for summer deals, based on the temperature the day you arrive. Spread out on 1,350 acres (you have to take a shuttle from place to place) offering three golf courses (look for junior golf), tennis courts, a three-mile beach and nature center where you might be able to make shark tooth necklaces (a favorite activity here is to find shark teeth on the beach), or go birding. The beaches here are also prime nesting spots for sea turtles. You and the kids can watch on summer nights as volunteers at the Amelia Island Sea Turtle Watch help the baby turtles.

Just down the road is The Ritz-Carlton Amelia Island where kids’ activities might include a shark tooth hunt, a coastal gardening class or fishing.

If fancy resorts aren’t your speed, you’ve got plenty of other choices — from kid-friendly B&Bs like the beachfront Elizabeth Pointe Lodge, housed in a historic home, to beachfront rental homes or campsites at Fort Clinch State Park where you can show the kids a boondoggle — a fort that was never finished — dating from the early 10th century. Today within the 1,427-acre state park, you’ll find Spanish moss-draped live oaks, big sand dunes and wildlife from shorebirds to sea turtles to alligators. There is a white-sand beach, miles of biking on tree-canopied roads, fishing on a long pier and the chance to meet and greet Civil War re-enactors at the fort the first weekend of every month.

Whatever you like to do for fun in the sun, Amelia Island is a good place to kick back with the kids — you can even take a short boat ride to Cumberland Island in Georgia. Amelia Island is the rare place in Florida where you can horseback ride on the beach, maybe spying a dolphin along the way, explore via Segway, fish all day from the George Crady Bridge Fishing Pier, sign on for a geocaching challenge, using a GPS to search for hidden treasures, play golf or hit the spa at the Ritz or the Omni where you’ll find special treatments using flower oils and fruit.

Take an eco-tour aboard the Amelia River Cruise or spend an afternoon tooling around the historic town of Fernandina — the entire 50-block area is listed on the National Register of Historic Places and boasts Florida’s oldest saloon in the same spot, the Palace. Once a prosperous seaport, the sleepy town today is filled with all varieties of shops, bars and restaurants. (Fernandina’s Fantastic Fudge on Centre Street is a must-stop.)

“We’re not overdeveloped,” says Ray Hetchka from our kayak, alone in the salt marsh. “And that’s a good thing.”