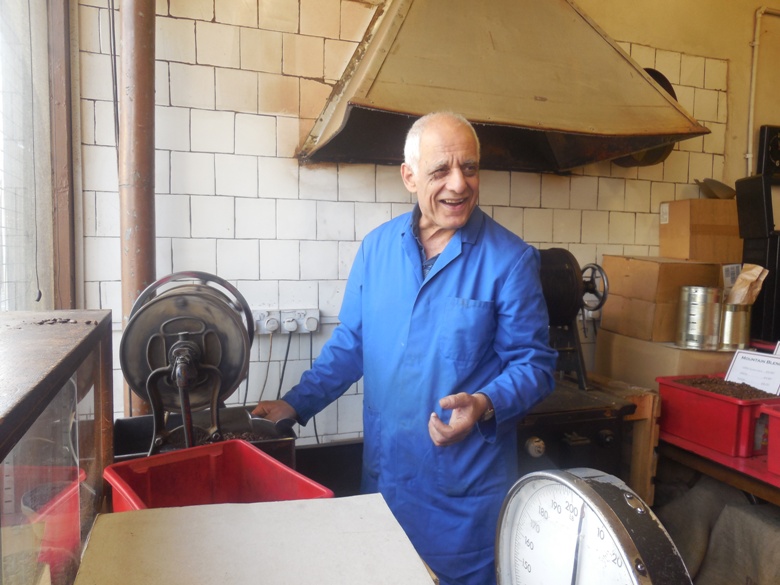 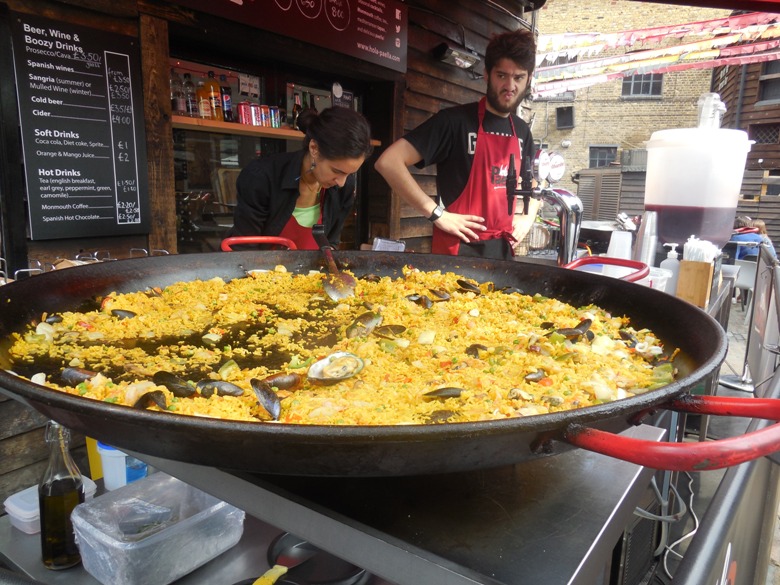 Paella on display at Camden Lock

If you can’t decide, try a sample — a spoonful of curry here, a taste of smoked brisket there… a Polish dumpling, a bite of a roti wrap, a sliver of Argentine barbeque at the 50 food stalls at the Global Food Kitchen at Camden Lock Market, famous not only for good eats but for its shops and stalls—more than 200. No wonder it attracts six million visitors a year and is the hub of the growing street food movement here. 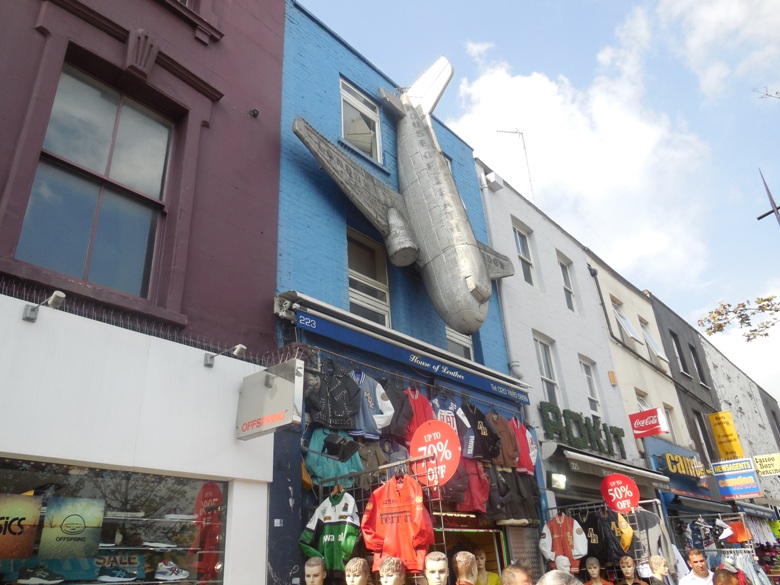 Teens love to come here for the shopping — vintage dresses and shirts, hats, punk jackets and shoes jewelry. It’s possible to rent a stall for just $15 pounds for one day so this market is considered an incubator for new business. The Body Shop started here, in fact, said spokesman Jackie Clode-Dickens.

But as much fun as the market is, there is much more in this area, says Lindsay Faller from Fox and Squirrel which offers food tours here beyond the market with the chance to talk to those growing businesses here. There are also tours showcasing the developing food scene in Brixton.

If you want to meet Londoners, check what pop-up dinner you can join at www.grubhub.com.   Stop for some Black Sheep Coffee or meet George Constinou who has been roasting coffee for nearly 40 years on a Victorian machine older than he is at the Camden Coffee Shop. 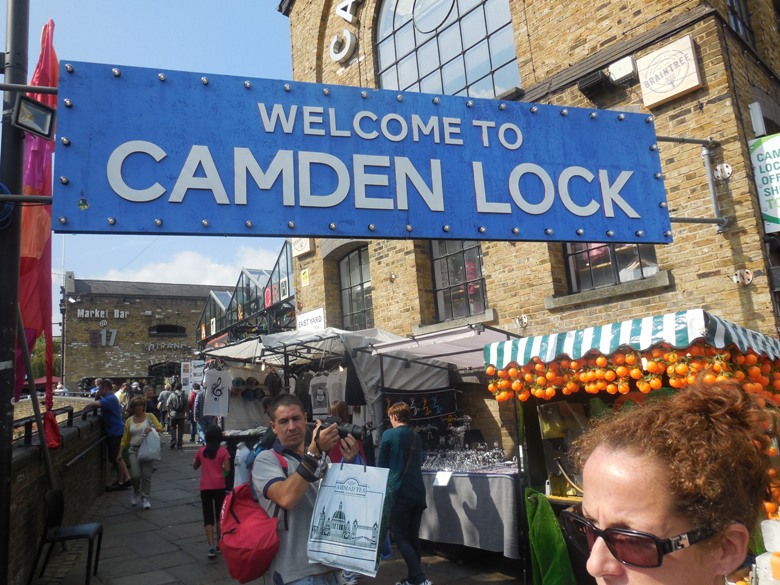 Unlike other food tours, this one makes sure you meet the locals — the Turkish grocer, the Portuguese deli, the Cypriot restaurant.

See how Britain has not only become a multicultural city but how British food is being influenced from flavors from around the world   Along Camden High Street, there is Israeli, Iranian, Swiss , thin-crust Pizza, made by a Turkish expat at White Kitchen_ Mediterranean mezzes at Karavas Restaurant.