Lots of places to rediscover your inner Titantic 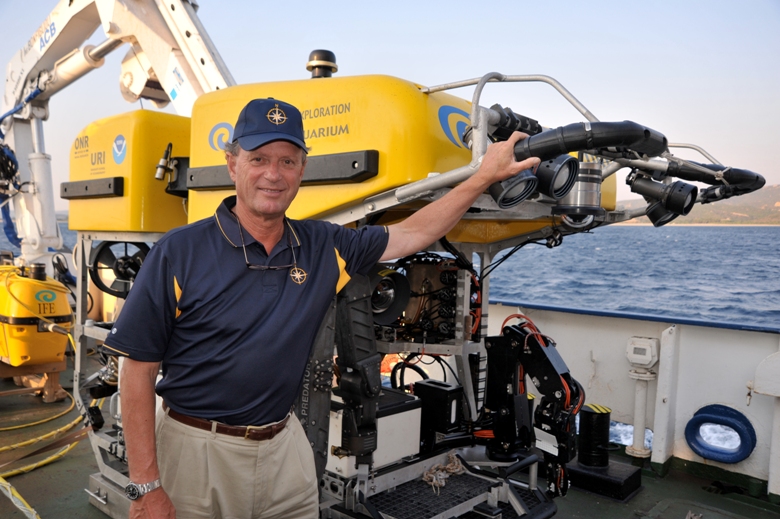 How quickly could you decode an iceberg warning?

The kids at the Mystic Aquarium’s new “Titanic, 12,450 Feet Below” permanent exhibit, the cornerstone of the newly renamed Ocean Exploration Center, aren’t having any trouble. They’re also busy and boisterously challenging each other at the touch-table electronic game that has adults like me stymied. Speed is essential. The first to answer the most questions correctly, wins.

How long can someone survive in frigid water? (15 minutes.)

The kids can make fish swim closer on a large-scale interactive wall that shows a montage of Titanic video and chart their own course in the “engine room.” The giant iceberg glows and is cold to the touch; Kids take an interactive Iceberg Quiz. (Did you know only 12 percent of an iceberg may be above water?)

It certainly doesn’t seem to matter to the children swarming through this new exhibit that the Titanic sank in 1912, long before their grandparents (and maybe great-grandparents) were born.

“Every generation rediscovers The Titanic,” said Dr. Robert Ballard, the world-famous oceanographer whose team discovered the wreckage of the Titanic at the bottom of the North Atlantic in 1985. Ballard is the co-founder of the Sea Research Foundation’s Institute for Exploration here that includes the Ocean Exploration Center, which he conceived. It’s the only museum in the world dedicated to deep-sea oceanographic archaeology, geology and exploration.

“You saw every kind of human behavior the night the Titanic sank,” Ballard said. Passengers and crew were heroic, cowardly, brave and fearful, selfless, as some gave up their lifeboat seats to remain with loved ones, selfish, as others saved themselves at all costs. Fathers kissed their children goodbye; mothers (and most famously the “unsinkable” Molly Brown) argued in their half-empty lifeboats to return for survivors. Terrified children swept up in the confusion were separated from their families. Fifty-three of the 107 children onboard were among the more than 1,500 people who died when the ship sank. About 700 people survived.

Another lesson for today’s youth: the danger of overconfidence. Titanic’s creators famously believed they had built an “unsinkable” ship and, therefore, didn’t need enough lifeboats to accommodate every person onboard. “Everyone looks at that disaster and wonders what they would have done,” said Dr. Ballard.

But the real point here is to encourage youngsters and their parents to “journey to new depths of discovery.” That includes a 4-D theater where SpongeBob SquarePants takes you and your kids on an undersea adventure, complete with mist and bubbles.

Certainly it helps that “Titanic, 12,450 Feet Below” was designed by Tim Delaney, who spent more than three decades at Walt Disney Imagineering designing park attractions around the world. “We want to showcase science and discovery,” Delaney said. “But we want to do it in a way that gets kids excited.” That includes, he jokes, showing them how being proficient at video games can hone skills needed to control robotic submersibles used in deep sea expeditions.

When Dr. Ballard’s exploration vessel, Nautilus, is at sea, in fact, a team member monitors the expedition’s progress from shore and hosts live shows at the Ocean Exploration Center in the Nautilus Live Theater; Kids may also see what the scientists are seeing in real time from their home and school computers. (Check www.nautiluslive.org.)

Already, the Sea Research Foundation, which includes Mystic Aquarium, is one of the largest cultural institutions in New England, reaching some 2 million children a year onsite and through remote programs. It is hoped that the Titanic exhibit will help spur even more interest in the ocean.

Kids and adults clearly can’t seem to get enough of the Titanic’s story. The 100th anniversary of the ship’s sinking has been marked around the world with a flurry of TV specials, magazine and newspaper articles, documentaries and special exhibits. Let’s not forget the new 3-D version of James Cameron’s 1997 film “Titanic,” which will introduce a whole new generation to the tragedy.

The Titanic Belfast exhibit has just opened in Ireland and it overlooks the Harland and Wolff shipyards where the Titanic was built. The largest Titanic visitor experience in the world (six stories tall) has already welcomed more than 50,000 people.

Some 2 million people have visited “The Titanic Museum Attraction” in tiny Pigeon Forge, Tenn., since it opened in 2010. More than 5 million have visited its sister museum in Branson, Mo., since its opening in 2006.

Museums including the Houston Museum of Science, the San Diego Natural History Museum and the Henry Ford Museum in Dearborn, Mich., are among the venues to host “Titanic: The Artifact Exhibition” with hundreds of artifacts recovered from the debris field. (A much publicized auction of more than 5,000 objects that salvagers found scattered along the ocean floor has been postponed.)

Dr. Ballard points to the use of Titanic artifacts — and the continuing search for them — with dismay, noting that these scavenger expeditions not only damage the site but also disturb what is, essentially, an underwater cemetery. “You don’t take a belt buckle from the USS Arizona,” he said. “We must preserve these sites for the next generation.”

To that end, Sen. John Kerry (D-Mass.) introduced legislation recently that would amend the RMS Titanic Maritime Memorial Act of 1986, which protects the wreck site of the Titanic from salvage and intrusive research. “It’s hallowed ground, not just some underwater area to be poked at or damaged for commercial reasons,” said Kerry. “This bill provides the authority necessary to help ensure the site of the Titanic is kept intact.”

When Dr. Ballard returned home after finding Titanic, he said, there were 16,000 letters from youngsters eager to join his next expedition. He founded the JASON Project to link students to science and scientists. His partnership with Sea Research Foundation has since resulted in Immersion Learning, which has brought academic enrichment programs to kids outside of the classroom, nurturing their excitement about science and discovery.

“We’re going where no one has gone before,” said Dr. Ballard. “The age of exploration is just beginning!”