Making sure Mom gets out to play in the snow 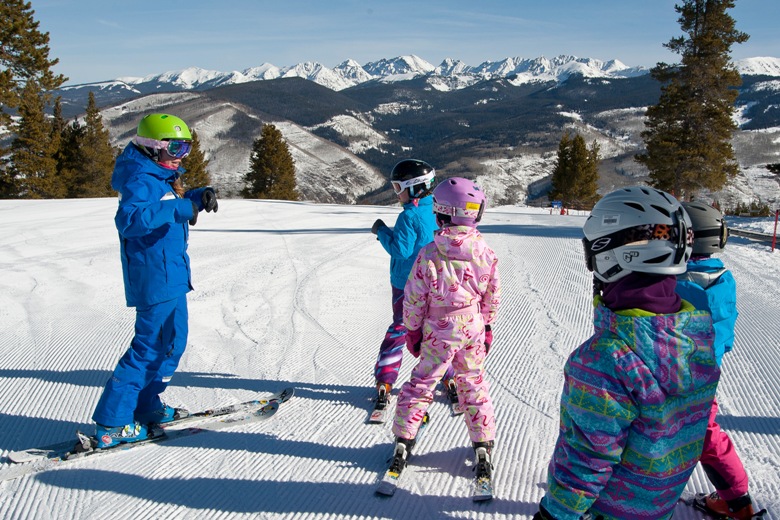 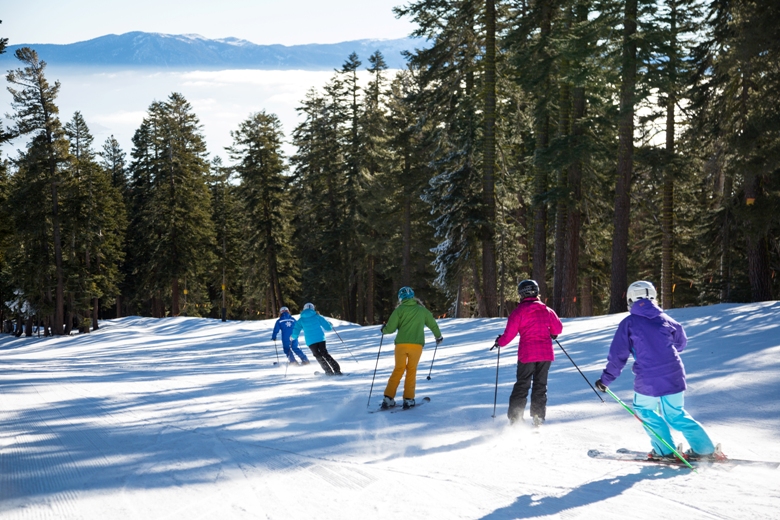 4Her Ultimate 4 Skiing and Snowboarding Lessons

Got your snow pants and mittens? Let’s go have some fun in the snow — on the ski slopes. No watching the kids, no trying to keep up with your husband!

“It feels so decadent,” said Nicole Reitter, a working mom of a 5-year-old, who did just that recently at Northstar Resort in Lake Tahoe. She opted for a new women-only program, 4Her Ultimate 4 Skiing and Snowboarding Lessons, designed specifically to get moms on the mountain in small groups with women instructors and top demo equipment.

Vail Resorts, the country’s premier mountain resort company with 11 major resorts, including Northstar, has realized what any mom who has taken a family ski trip knows: It’s not always that much fun — for moms. Not when you’re schlepping the kids to ski school, being there for pick up and whipping up healthy meals in the condo.

I’ve always thought ski trips were the most labor-intensive family vacations. There’s all of the gear, getting kids to lessons on time, washing the long underwear and ski socks. Is this a vacation, I often asked? Add trying to navigate an unfamiliar mountain with family members who are a lot better on skis and snowboards than you are.

“It’s not worth the effort,” said a mom I met at the Ritz-Carlton, Lake Tahoe. She preferred to head to the spa (It is wonderful!) or read in front of the fire while the kids were skiing. I’ve met moms like her at snow resorts all over the country — in drafty lodges in Vermont, at spas in Park City or working at their laptops in Colorado condos.

“They’re at the resorts, just not out on the mountain,” said Kristen Lynch, chief marketing officer of Vail Resorts and herself the mom in a snow-loving family. These women aren’t necessarily worried about spending the money for a lift ticket or a lesson for themselves. They’ll spend $800 for a private lesson for their kids, said Northstar coach Mary Ellen Pearlman, who teaches many of them. “But then they’re in their husband’s old snow pants using hand-me-down gear.”

That’s smart business because Vail Resorts knows, as other companies that cater to family travelers know, that moms are most often the vacation planners. And these days, there’s more competition for their business than ever. If Moms are not having fun on the mountain, they’ll start lobbying to go elsewhere — on a cruise, maybe, or to a beach resort.

That’s why this season Vail Resorts has made it a priority to offer new programs for women by women — initiated after hearing what women guests said they wanted. These programs start after ski school starts and end before it’s over. The groups are kept small. There may be tips on where to take the kids for dinner and talks on equipment, complete with champagne at the end of the day. “It was a great chance to ask questions without feeling intimidated,” said Amy Easterbrook, who said the Northstar women’s clinic was the best lesson she ever had. And while not cheap, the programs are a good value. Under $300 at Northstar, for example, including equipment, lift, all-day coaching and the apres “tech” equipment talk.)

Certainly other resorts have women coaches and women’s multi-day clinics — I’ve done some of them and they certainly can be empowering. But what I like best about this initiative is that it’s designed for moms coming to the mountain on a family trip, who otherwise aren’t as likely to carve out time for themselves. (Check out the Taking the Kids Guide to Fun in the Snow.)

Those of you with daughters who balk at ski school will be interested to know there’s also the Ski Girls Rock program at five Vail resorts. There are no more than four girls per group led by a female instructor who focuses not only on improving skills, but empowering girls through the sport. “We’re more likely to get girls confident and excited when they are with other girls,” notes Lynch. “It starts with them.” Especially when a celebrity and role model like ski champion Lindsey Vonn is involved.

Each resort program for skiing and snowboarding moms is a little different. Check them out if you’re heading for the slopes during your kids’ school break. Ask whether such a program is available where you’re going. There’s the Ladies Club at Park City Mountain Resort, a Women’s Social Ski Tour in Beaver Creek and the Women’s Ultimate 4 Lessons at other Vail resorts, including family-centric Keystone and Breckenridge.

The best part, said Amy Easterbrook, “It was all about me and skiing … nothing else to worry about!”

That’s rare for multitasking moms! The fact that the coaches are women is key. “A lot of women are intimidated skiing with men,” Northstar’s Pearlman said. “They absolutely have more fun with women.”

“We were giggling at women-only jokes,” said Reitter.

“I’m always wearing my mom hat, my wife hat, my work hat,” she added. That day on the mountain, “I realized I’m still me and I had the rare opportunity to wear that hat. It’s so worth it!”

Reitter’s group, she said, is already planning their second day together on the mountain.

(Read more Taking the Kids at ttk-old.o2dev.net or @takingthekids on Twitter or Facebook; Check out Eileen’s new series of Kid’s City Guides, including one to Denver and Colorado Ski Country.)