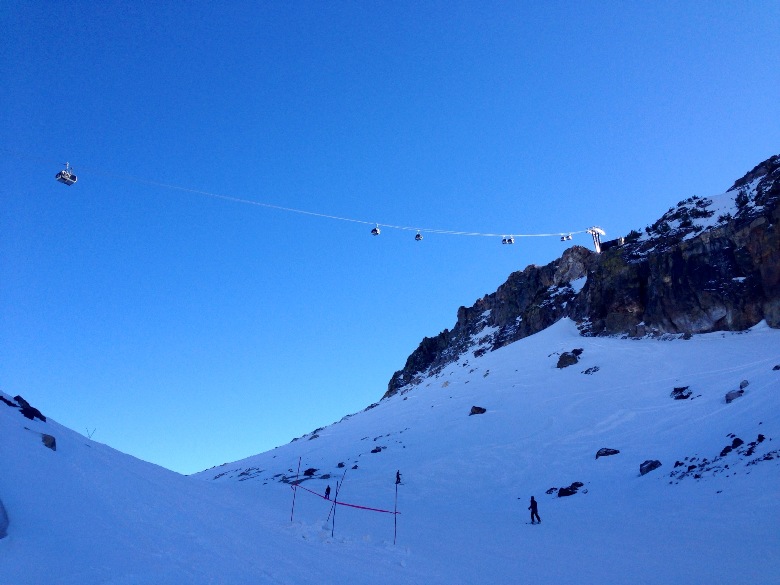 MAMMOTH LAKES, Calif. — Mammoth Mountain is so California. And that’s a good thing.

When Americans think California, they think beaches, babes, Hollywood and Disneyland. What they don’t think is skiing. That’s what Colorado or Utah are for. But they should.

With a trip to Mammoth planned back in October, it never occurred to me that in a few months I’d be hearing news about one of the worst droughts in California history. Sure, that’s bad news for the state’s water supply, bad news for agriculture, bad news for just about every facet of life. But most importantly — it’s bad news for ski trips. Call me an only child.

So as the late January trip rapidly approached, I frequented Weather.com more than Facebook, Instagram and Twitter combined. But no luck — the forecast for Mammoth was monotonously the same every single day — 50s and sunny. No snow. And no fun…or so I thought.

But I was wrong. Growing up in Southern California, I’d been to Mammoth plenty of times. Normally, the snow is incredible and conditions are epic with more than 300 days of sunshine per year. It’s one of the best places in the state and most popular among Southern Californians — in fact 87 percent of its visitors are from SoCal, says Joani Lynch, director of brand marketing for Mammoth Mountain Ski Area. But every time in the past I’d visited, there was snow farther than the eye could see. One year, it had the most snow out of any resort in the country. I was unsure how I’d react this year with less than a third of the mountain open.

Luckily, I was pleasantly surprised. Over the years, Mammoth has grown from being a ski mountain only, to a destination with an abundance of off-mountain activities. There’s The Village at Mammoth with lodging (where I stayed) and plenty of incredible restaurants and bars. The gondola takes you straight from The Village to the base of the mountain.  And there’s stuff for the whole family (not that I have one, just the GF), including sledding at Woolly’s Tube Park.

“Before the recent storm there was even a few folks riding bikes around,” says Lynch.

Even in less-than-ideal snow conditions, the mountain itself was still great. The snowmaking infrastructure is among the best in the country, and the weekend prior the mountain was busy blasting snow around the clock for a U.S. Olympic qualifying event. The mountain is huge — around 3,500 acres — so there was still plenty of terrain to explore, including riding the gondola to the top (11,060 feet) and snowboarding down a cat walk surrounded by dirt. It was eerily kind of cool.

Of course, the weekend after I went, a big storm hit with more than a foot of snow. And they were just hit again with three feet. Just my luck. So now conditions are back to their normal epic-ness.

“The best things about Mammoth — size and layout of the mountain, and in a typical year, amount of snowfall and length of season (early Nov-June and sometimes July). California sunshine and laid-back vibe are great too!” says Lynch.

Yes, Mammoth is so California. And that’s a good thing. So put away that bathing suit and pack the ski gear next time you head here.