MEETING THE FOLKS BEHIND THE MOUSE’S MAGIC 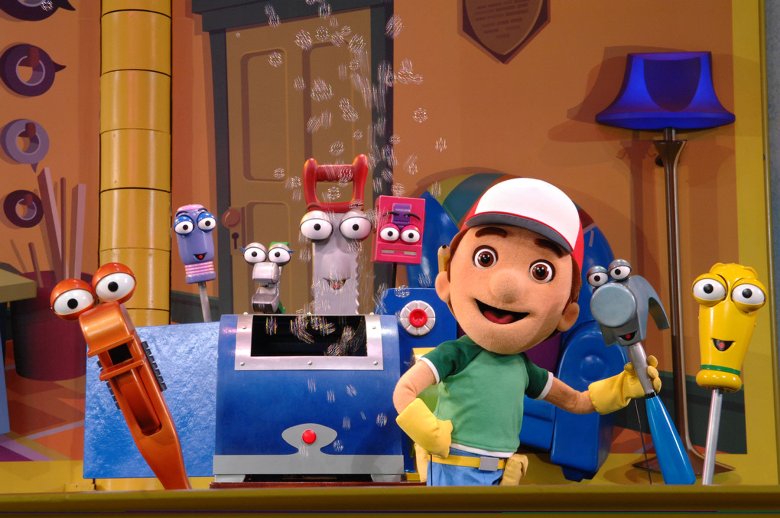 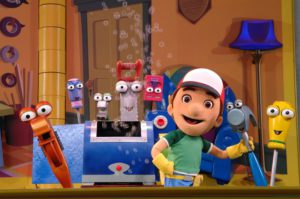 Disney from the inside

The next time the kids balk at doing their math or science homework, tell them about Chrissie, Kevin, Marc, Dustin and Steph.

They are Imagineers. That means they spend their workdays (and probably a lot of work nights) dreaming up and ultimately implementing new attractions for Disney parks and resorts around the world. There are about 1,000 Imagineers, 750 of whom work in Glendale, Calif., in an office building (once a cosmetics factory) that has tighter security than many government buildings.

They are computer scientists and engineers, architects and graphic designers, programmers, special-effects designers and more — representing 140 disciplines. Those who work in the Blue Sky Studio are charged with coming up with Disney magic we might not see for 10 years.

I got a rare behind-the-scenes look at Walt Disney Imagineering recently when I met Imagineers Chrissie Allen, Kevin Rafferty, Marc Mine, Dustin Barnard and Estafania Pickens who are working on Disney’s latest 4-D attraction, Toy Story Mania!, which they’re convinced will raise the bar for interactive ride-game attractions. Set to debut in May at Hollywood Studios (recently renamed from MGM at Walt Disney World www.disneyworld.com) and a few weeks later at California Adventure in California (www.disneyland.com), Toy Story Mania! will be the first new attraction in Disney history to open the same time on both coasts.

Everyone should love their jobs as much as Imagineers working on Toy Story Mania! seem to. “We have a lot of fun,” acknowledges Estafania Pickens, just a couple of years out of graduate school. “I’m lucky.” Clearly. Part of Pickens’ job has been to “play test,” this latest attraction on area families in the bare bones test lab across the street from Walt Disney Imagineering headquarters, and to play the game herself over and over again, as the team works the kinks out. That’s no easy task considering all the computers — they take up nearly an entire room — the attraction requires. But no matter how high-tech the result, “It all starts with an idea,” explains Rafferty, who has been an Imagineer for decades. He and colleague Robert Coltrin came up with the Toy Story Mania! concept while strolling the Paradise Pier Midway area of the California Adventure Park, which is about 35 miles from their Glendale offices.

The backstory: Andy (the character from “Toy Story” whose toys come to life) gets a carnival playset for his birthday. While he’s out to dinner, his toys – familiar to kids from the “Toy Story” movies – come to life and set up the midway. (A 5-foot-tall Audio-Animatronics Mr. Potato Head is the carnival barker encouraging us to come play the games. The kids will love that he tells jokes and can interact with them. It really is pretty amazing.

Donning 3-D glasses and taking our seats in the carnival tram, we are “shrunk” to the size of a toy, as the vehicle begins to spin us around as we play the games, aiming for the 3-D animated targets using “spring-action” shooters. We hit water balloons and plates, put rings around aliens, toss pies and get hit by water. Even a 2-year-old can play. (There is no height requirement and this attraction shouldn’t scare anyone. It’s too much fun!) Each time you play, the experience is different. There are “surprises” in each of the scenes.

The idea was such a winner, Rafferty said, that it was green-lighted in record time, about six weeks. That was more than three years ago. Some projects take a lot longer. Remind the kids next time someone knocks down one of their ideas that the Disney Imagineers come up with thousands of ideas for every one that works.

The first Imagineers were chosen from Disney Studios to bring Walt Disney’s Disneyland vision to reality in the early ’50s and they’ve been at it ever since pushing the creative and technological envelope. Imagineers figured out how to get Crush, the popular turtle from “Finding Nemo,” to interact with audiences and conceived the 20-foot-tall Audio-Animatronics Himalayan Yeti for Expedition Everest at Walt Disney World (They even went to Nepal to soak up the atmosphere.)

They’ve developed everything from the first computer-controlled thrill ride (Space Mountain in 1975) to the newest Toy Story Mania! In the process, they hold more than 100 patents for special effects, interactive technology, fiber optics and more.

At the same time Toy Story Mania! is being readied to open, characters from “Toy Story” and 11 other Pixar movies like “Finding Nemo,” “Cars,” “Ratatouille” and “A Bug’s Life” are the stars of a new interactive parade at California Adventure with floats up to two stories high. (The “Bug’s Life” float is 45 feet long!) The kids watching it the day it premiered in mid-March were clearly enthralled, especially by the water effects, the acrobats and the giant “chefs” on stilts. (Those 1,000 hours of rehearsal clearly paid off.) Watching their excitement, I wondered if this generation identifies more with Nemo the clown fish, Woody the toy cowboy, Remy the rat who wants to be a chef and the other Pixar characters than they do with Mickey, Minnie and Goofy. Anticipating audience appeal – often years ahead of time – is an Imagineer’s job.

If you’ve got any budding Imagineers in your house, consider bringing them to New York for the first World Science Festival (www.worldsciencefest.org) May 28 through June 1. The idea is to bring together world-class scientists, creative artists, filmmakers and performers whose work is inspired by scientific discovery. Several New York City museums and universities, including Columbia University and the City University of New York (CUNY), are among the sponsors, as is Walt Disney Imagineering, which will present a special “Science of Imagination” program for kids during which Disney scientists and engineers will demonstrate how science and engineering are integral to “the magic” we see at Disney theme parks.

The kids will never look at a roller coaster or a 3-D movie the same way again.

One warning about Toy Story Mania! This attraction can be addictive — even for grown-ups. See you on the Magical Midway!