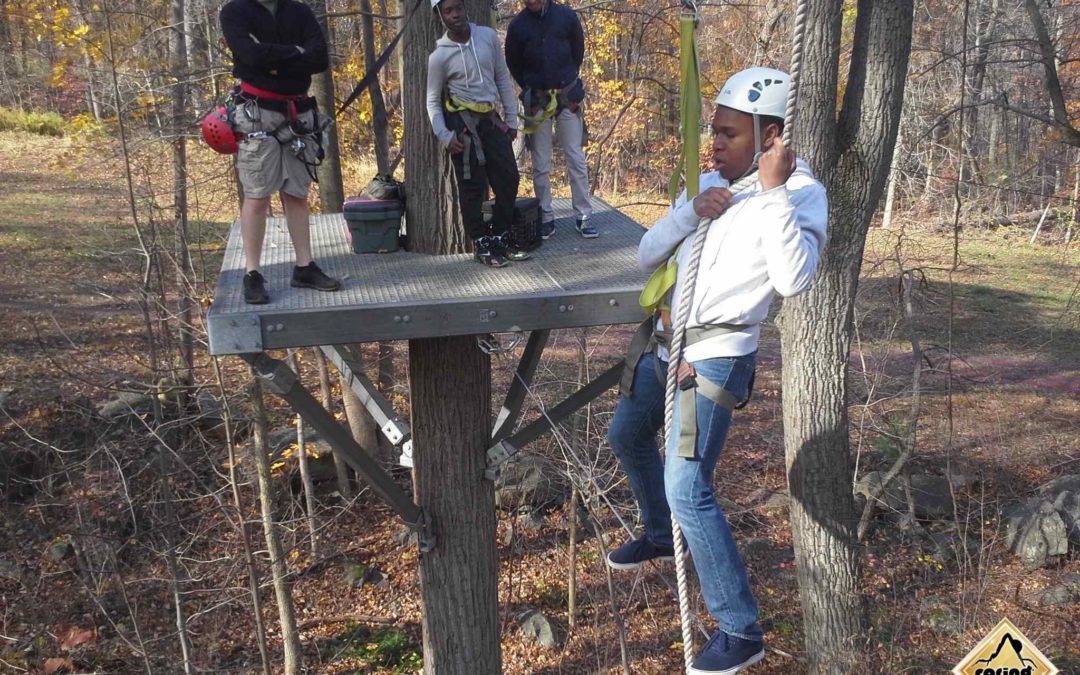 Like most holiday travelers, they arrived starving and exhausted.

But this was no ordinary holiday gathering. On Dec. 19,1777, George Washington and his Continental Army — 12,000 strong, plus another 500 women and children — marched into Valley Forge, Pennsylvania, to set up a winter camp and, in the process, Washington and his officers hoped, turn the army into a cohesive fighting force. They were short on supplies; their boots had holes from hundreds of miles of marching.

Every Dec. 19, an annual event commemorates their arrival and determination to persevere against insurmountable hardship and difficult conditions during their six-month encampment. The event is free and includes a candle-lit guided walk to the Muhlenberg Brigade huts where you’ll encounter a living continental camp.

Especially at the holidays, Valley Forge National Historical Park and the rest of Montgomery County, just a short drive from Philadelphia, offers that ideal mix of history, outdoor fun (Spring Mountain Adventures nearby has skiing, snowboarding and tubing and an inexpensive lodge that would make a good base for a visit here) and all the shopping you could want, including the huge King of Prussia Mall with more than 400 stores and the Philadelphia Premium Outlets.

You can take in Philadelphia’s holiday lights and historic sites at the same time, as I did, chaperoning a group of high school boys who attend school in our community under the auspices of A Better Chance, a national program for inner city youth..

We made our base the Hyatt Regency Philadelphia at Penn’s Landing in Philadelphia where there will be a Waterfront Winterfest, one of Philly’s newest seasonal attractions with lights, trees, fire pits and a high-tech light show, as well as the Blue Cross RiverRink where you can skate while taking in all the city lights.

We were a short walk from the Liberty Bell at the Independence National Historical Park and the wonderfully interactive National Constitution Center that showed even jaded teens that American constitutional history can be fun.

Let’s not forget the chance to sample authentic cheesesteaks along Market Street at Campo’s, serving up the authentic Philadelphia sandwiches since 1947, original  and homemade ice cream a few doors away at the Franklin Fountain. (A tip: You can also opt for the inexpensive PHLASH bus that stops at 20 downtown attractions — just $5 for a full-day pass.)

A few days in and around a city like Philadelphia is a great antidote for holiday stress. There’s tax-free shopping on clothes and shoes and Visit Philly overnight packages include free parking.

Even better, the kids might learn something by collecting “Faces of Independence,” “Civil War to Civil Rights” and “Heroes of the Underground Railroad” trading cards around the Independence National Historical Park.

Visit Independence Hall where the Declaration of Independence and the U.S. Constitution were signed. I bet you didn’t know that the city’s most famous site, the Liberty Bell, didn’t take on significance as a symbol of liberty until the 1830s when it was named the Liberty Bell by anti-slavery groups.

At the National Constitution Center, we voted in “fantasy elections” between presidents from Harry Truman to Barack Obama, saw ourselves sworn in as president and played “Presidential Trivia.” Did you know that John Quincy Adams was the only president to meet both George Washington and Abraham Lincoln?

The boys posed for selfies in Signers Hall alongside the 42 life-size bronze statues of the Founding Fathers present at the signing of the Constitution on September 17, 1787 and gave a thumbs up to “Freedom Rising,” the multimedia theater experience that tells the story of the U.S. Constitution.

I think we all gained a new appreciation for the liberties we often take for granted — and for what George Washington and his troops were fighting for that long ago cold winter.

When they arrived in Valley Forge, worn out from a year and a half of war and just 20 miles from where the British were headquartered in Philadelphia, they first had to build their camp — felling trees and dragging them miles to build 1,500 rough huts.

The youngest soldier was just 11 — a drummer boy whose mother was a “camp follower” who did the soldiers’ laundry while her husband served. The oldest soldiers were in their 50s and 60s. They were as diverse as the people in the colonies — poor and wealthy, free and enslaved, those who came from abroad and those who were native born.

That winter, Valley Forge was the fourth largest city in America. (In case you are wondering, George Washington’s famous Christmas crossing of the Delaware River occurred two years before Valley Forge was chosen as his Army’s winter encampment — the night of December 25–26, 1776, the first move in a surprise attack against the Hessian forces in Trenton, New Jersey.)

The idea the following year was to concentrate the soldiers so that they could protect the countryside and better resist a British attack.

We visited the house that served as George Washington’s headquarters (so small) and peered into the cramped recreated log huts where as many as 16 soldiers lived in bunks one on top of another. A national park ranger dressed in continental army uniform explained what life was like for soldiers here — not easy, pleasant or safe.

Disease was the biggest threat, killing 2,000 that winter.

“People may think the troops were taking “a vacation,” from war, said our guide Dave Lawrence on the 90-minute trolley tour around the vast park. “But that’s a big misconception. The war never stopped.”

Today, we should be glad for that, and thankful for their sacrifice.