New Orleans, swamps, plantations and other family haunts in Louisiana 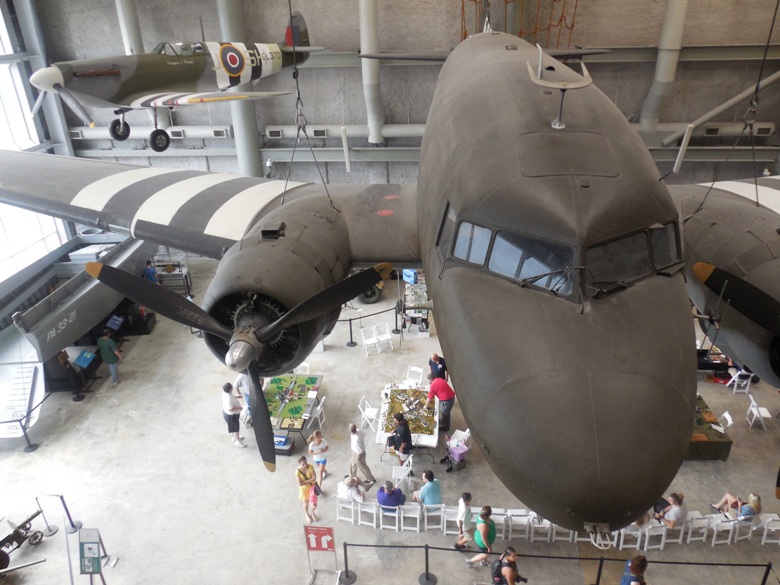 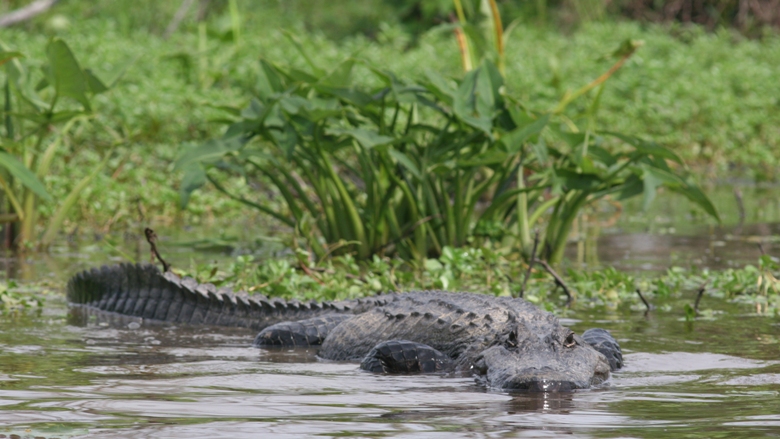 The 6-foot-long alligator, dubbed Otis by the locals, who’s minus one foot and swimming alongside our boat certainly does. We’re in the Honey Island Swamp in Slidell, Louisiana, on Louisiana’s Northshore on the Pearl River Swamp Eco Tour. It’s another world from New Orleans, though we are just 40 minutes from downtown, across Lake Pontchartrain.

Our guide, John Royen, tells us the gators think the marshmallows are turtle eggs. We’re relieved to hear the marshmallows are actually good for their digestion. We see Ibis nesting in the tall trees, a Great Blue Heron, wild baby hogs and spooky “Cypress knees” that look like giant fingers sticking up in the swamp, though they are really keeping the roots and the tree in place. Let’s not forget the creepy grey-green Spanish moss hanging from the trees, so named by the Choctaw Indians after the beards on the Spanish Conquistadors’ faces. The Choctaws had no facial hair, Royen explained, and the moss, apparently, reminded them of the beards.

Sure, New Orleans is famous for its food, its music and raucous partying. (The famous revolving Merry-go-Round Carousel Bar at the Hotel Monteleone in the French Quarter was packed every night of our visit.) But I discovered, there is a lot more here for families than many think — starting with the popular and plenty spooky Swamp Tours (have you heard about the swamp monsters?) Louisiana, we learn, is 70 percent swamp. This one — so named because of the honey bees that build their hives in the hollows of certain trees — stretches for 250 square miles. It’s bigger than Washington, D.C.! 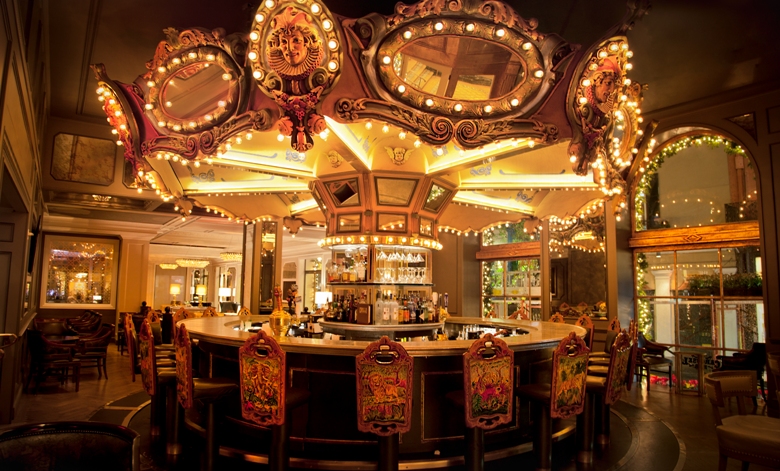 Carousel Bar at Hotel Monteleone rarely empty like this

Certainly there are plenty of places to stay. I liked the historic Omni Royal Orleans for its central French Quarter location, its rooftop saltwater pool and the Omni Kitchen Kids backpack that kids get upon check-in that sports fun health and nutrition-themed games (Apple A Day Maze ), jokes (What is Dracula’s favorite fruit — a NECKtarine!), recipes (turkey tortilla pinwheels ) and goodies (think a twisty straw with a smiling tomato top made to match a travelers’ drinking cup, which are given at the hotel restaurant) — all designed to promote healthier eating on family vacations.

In and around the city, there are plenty of places, of course, to encourage kids to try new foods. “It is a rare child that doesn’t eat gumbo, red beans, jambalaya or etouffee. “Those dishes pretty much run through our veins,” jokes New Orleans food blogger Lorin Gaudin.

You won’t have to push them to taste a sugar-covered beignet, which is lighter and fluffier than any donut.

Everywhere you turn, there are stories about pirates, ghosts, voodoo and steamboats on the Mississippi River to engage them, suggests Naif Shahady, who offers terrific New Orleans Culinary History Tours appropriate for foodie teens and private tours for families.

Talk about the lessons of Hurricane Katrina and how far the city has come in the past nine years. The excellent “Living with Hurrianes: Katrina and Beyond” exhibit, complete with drawings done by children who were evacuated at the Louisiana State Museum, is a good starting point. The kids will also love the Mardi Gras exhibit with the impossibly ornate and glittery costumes, crowns and scepters.

Inside the National World War II Museum in New Orleans

We loved the National World War II Museum with its personal artifacts (the wallet of a 17-year-old Medal of Honor winner, for example) and stations where those who lived through the war recount their experiences. (More from the kids who volunteer there in a later column.)

Let’s not forget the Audubon Butterfly Garden and Insectarium just a few blocks from the Audubon Aquarium of the Americas in downtown New Orleans with its interactive “Geaux Fish!” exhibit exploring the importance of the Louisiana fishing industry. (How many local species can you identify?) They are all part of the Audubon Nature Institute, along with the Audubon Zoo.

Despite the heat, kids were having a blast in the huge City Park — one of the largest in the country — with its outdoor Besthoff Sculpture Garden (loved the sculpture of the giant Mardi Gras beads in the tree!), the paddleboats on the lake, antique carousel, miniature train and more.

First-time visitors certainly should take a trek out to River Road and New Orleans Plantation Country to see what life was like before the Civil War when these big sugar plantations were worked by slaves who lived in bare, cramped cabins. (There are many tours offered that include transportation from New Orleans hotels.) Visit Laura plantation where the tales of Br’er Rabbit were first recorded in a slave cabin dating back to 1840.

We toured Destrehan Plantation on the banks of the Mississippi River, the closest to New Orleans, with demonstrations daily on everything from open hearth cooking to African-American herbal remedies.

One of the most important documents in Louisiana is on view here; The Jefferson Document that assigned Jean Noel Destrehan and three other men to the New Orleans Legislative Council in 1804 to ease the transition of the Orleans Territory into the United States after the Louisiana Purchase. At the time, most people here considered themselves Frenchman or Spaniards, tell the kids, and many didn’t even speak English.

Know the difference between a swamp and a bayou? A swamp is an entire ecosystem — kind of like a flooded forest, our guide Royen explains on our tour, as he navigates a bayou, which is a secondary, narrower waterway.

September, Royen says, is the one month out of the year that those who own property in the swamp can hunt alligators to keep their numbers down. The biggest gator on record was found right in this swamp — 19 feet, 2 inches long and over 1,400 pounds.

When we get back, “Otis” the gator is waiting. Another marshmallow, please!