New ways to light up your holidays this season 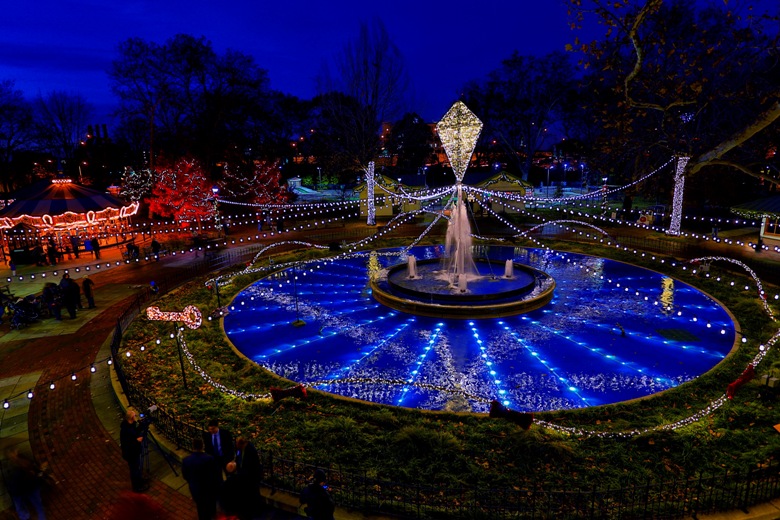 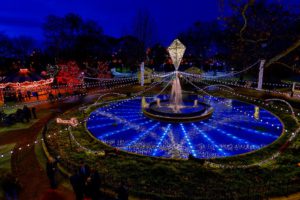 No, not the relatives, though the holidays can bring out the worst in everyone. In fact, I had to laugh at a new holiday travel survey from Embassy Suites that found that more than half of Americans confess to misbehaving as a holiday house guest. (Was that you who spilled red wine on the white couch?)

I’m talking about the December holidays themselves — the cooking, the shopping, the inevitable expense and not just on presents. Hotwire.com projects American adults will spend $58 billion — that’s billion with a B — on December travel.

I think we can all use a little more fun this December. Of course, hotels want to help. I’ve never seen so many pre-holiday deals, whether you want to end your holiday shopping spree with a massage (Water’s Edge Resort and Spa in Westbrook, Conn.,), have someone else drive you to the mall, (Kimpton’s Hotel Palomar Dallas, where you get an extra $50 to spend, have the elves tuck in the kids).  Or there’s The Elves and Eggnog package at Omni Hotels, which promises 20 percent off, and you can duck into a life-sized gingerbread house at a Great Wolf Lodge during their holiday Snowland Extravaganza.

You get a special punch card for free holiday cocktails and two-for-one snorkeling trips along with an array of other extras (think midnight sundaes with the kids), as well as room discounts at Hawks Cay Resort in the Florida Keys. For those not on a budget who want to be truly pampered, stay at The Plaza in New York where, starting at $1,995, besides a food and shopping credit, you get a private shopper at Saks Fifth Avenue and a messenger to carry your purchases back or shipped wherever you need them to go. If your kids have never seen snow, the Fairmont Scottsdale Princess will bring a magical snowfall to the resort, along with the Desert Ice Holiday Rink and no fewer than a million lights decorating the resort’s lagoons. Even better, rooms start at $239 with the second room at half price.

According to Hotwire.com, major business destinations like Boston and Washington, D.C., expect to see less corporate travel during the weeks between Thanksgiving and Christmas, which means you might be able to score a deal, if you want to enjoy all that your favorite city has to offer. In fact, many popular U.S. destinations, including Chicago, NYC and Minneapolis, are showing low hotel rates all throughout December while Florida cities like Tampa and Orlando should be less expensive at Christmas than last year.

There’s also a brand-new site called Stayful that allows you to score great deals for boutique hotels in major cities around the country by negotiating directly with the properties.

Sounds great but you can’t get away? No worries. Virtually every town and city in the country has holiday festivals and displays. You just have to make time to enjoy them. Skip the mall Santa (my kids always bawled) and take them someplace where you can all gawk at spectacular light displays, have a cup of cocoa and maybe start a new holiday tradition that will leave you smiling, rather than pulling your hair out at all you’ve still got to do. Some are free. We list more than 50 fantastic displays in our Taking the Kids Lighting Up Your Holidays section. Here’s a sampling of what’s new and especially fun around the country: 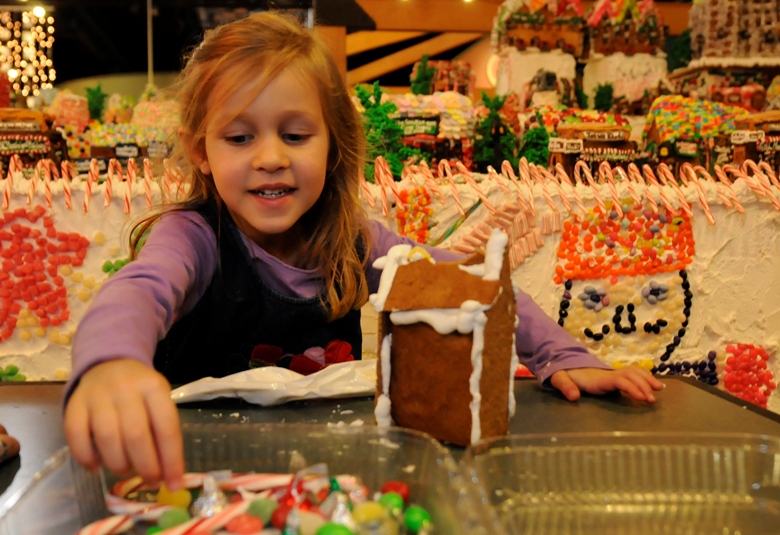 3. Visit Gingerbread Lane at the New York Hall of Science in Queens — a 1.5 ton, 300-square-foot village made entirely of edible gingerbread, icing and candy. The village is a contender, the museum hopes, for the Guinness World Record for the largest gingerbread exhibit. It took a year to develop and build.

4. The 2013 Austin Trail of Lights in Austin, Texas, boasts the world’s tallest man-made Christmas tree, more than a mile of lighted displays and this is my favorite part — Austin’s famous food trucks on hand.

5. The chance to pose with Santa 1,000 feet above Chicago’s city lights at the John Hancock Observatory where, even if the weather outside is frightful, you’ll be warm, though likely surrounded by winter trees and snow.

6. The Morton Arboretum in suburban Lisle, Ill., is transforming its trees in its first-ever winter lights event in which the trees will respond to both touch and sound.

7. Grapevine, Texas, just outside of Dallas, calls itself the Christmas Capital of Texas, offering 1,400 holiday events, millions of lights and a nightly lightshow and even a ride on the Grapevine Vintage Railroad’s North Pole Express.

8. Time travel back to the 18th century and experience a Colonial Christmas at Yorktown Victory Center in Virginia. If your kids are studying American history, let them see how the holidays were celebrated during the Revolutionary War and even earlier at Jamestown Settlement.

9. Visit Baltimore’s first Christmas Village at its Inner Harbor, which is modeled after the traditional Christmas markets in Germany with their indoor and outdoor holiday markets, and then go see the all-new Ice Age: A Mammoth Christmas 4-D experience at the National Aquarium.

10. See the “Christmas Comet,” Comet ISON (C/2012 S1), if you are lucky, near the beaches of Fort Myers and Sanibel from mid-November to mid-December.

Have an eggnog for me!