New Years Day to Remember: the whales in Antarctica 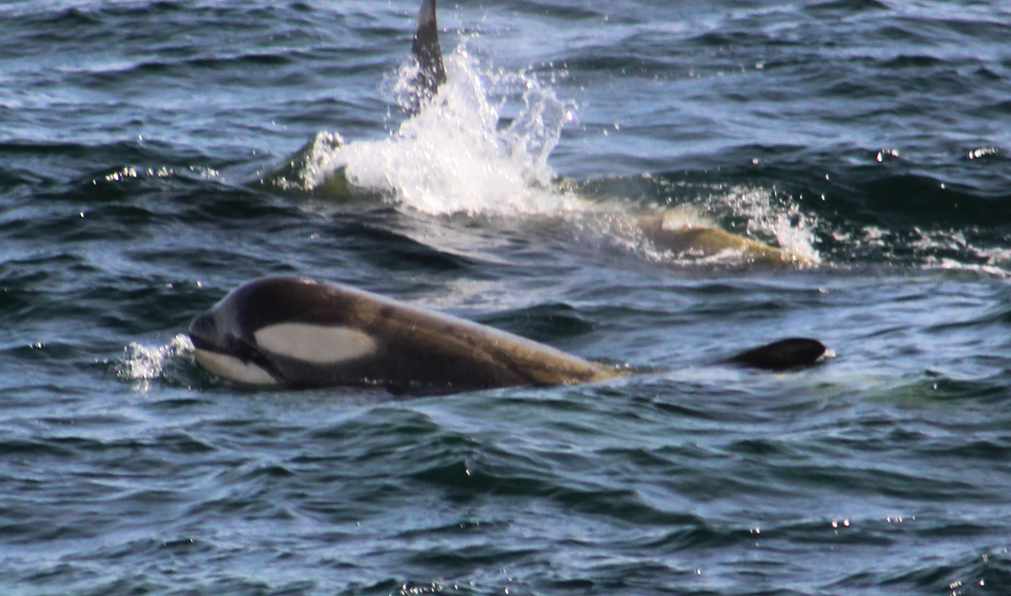 ABOARD LE BOREAL (Day 11, New Years Day 2017) – The kids are out for an afternoon stroll—on “fast” floating ice in Antarctic.

“I’ll always remember this,” declared Olivia, 10, from Melbourne, Australia. “You don’t see people walking on ice in the middle of the ocean every day.”

This “fast ice” was three feet thick and covered with slushy snow, said Daria Nikitina, a geology professor and on-board expert on the Abercrombie & Kent expedition team. Underneath was 1500 feet of ocean. The kids were served juice and the parents champagne from an improvised “ice bar.” We wrote reminisces in the fresh snow with our hiking poles.

Then there were the whales—feeding at the edge of the ice here in Wilhelmina Bay, which is kind of a supermarket for whales with abundant krill that the Southern humpbacks feed on.

After their “ice walk,” families got back into zodiacs for a ride around the bay, whales popping up on all sides as if to perform for us—as kids, passengers and crew will later in the talent show.

“The best day of the trip,” added his friend George, 12, from New Jersey.

“It is so impressive to see how people are so much smaller than wildlife,” added Sergei, 17, from Moscow.

Equally impressive—besides the spectacular weather this voyage has enjoyed—is how the kids are so excited an energetic despite a late night of New Years Eve partying on board Le Boreal with their new found friends — including a 2 a.m. swim in the pool.

After all, in Antarctica it was as light as in the afternoon. “Never had a New Years Eve when it was light at midnight,” said Kyndall, 18, who is from Nashville.

“We went swimming after midnight,” said Sean, 15, from San Diego.

But the late night—the grown ups were dancing in the lounge till past midnight—didn’t keep anyone from getting up early — not when we were in Antarctica and the kids had the chance to slide down another snow and ice covered hill with breeding Gentoo penguins all around on their rock nests in Curverville Island, at the northern end of the Errera Channel.

“I just forgot to brake,” said Conrad, 12, who said this would be a New Years Day never to forget. “At home I’d probably just be sleeping or playing video games,” he said.

“I’ve never seen it this warm here,” said Paul Hart, one of the expedition staff stationed at the top of the hill where we were greeted with stellar views of the water so clear we could see the penguins swimming among the ice floes.

“No rest on this boat!” the Captain said just after lunch as many on board—including many of the teens—were napping. “Killer Whales! – a pod of more than 20, the first we seen on the boat.

Everyone races to the decks with cameras and binoculars as the whales dive and jump.

Naps have to wait.

Everyone is too excited to care. Expedition Leader Matt Drennan, a veteran of more than 100 trips to Antarctica, says he thinks New Years Day is a favorite for the kids—starting with seeing the Orcas so close to the boat, the “ice walk,” getting up-close and personal with the feeding humpbacks.

“The kids bring an added energy and excitement to everything,” adds the cruise director Nadia Eckhardt. “It rubs off on everyone.”