No matter how old, Breck brings out the kid in you 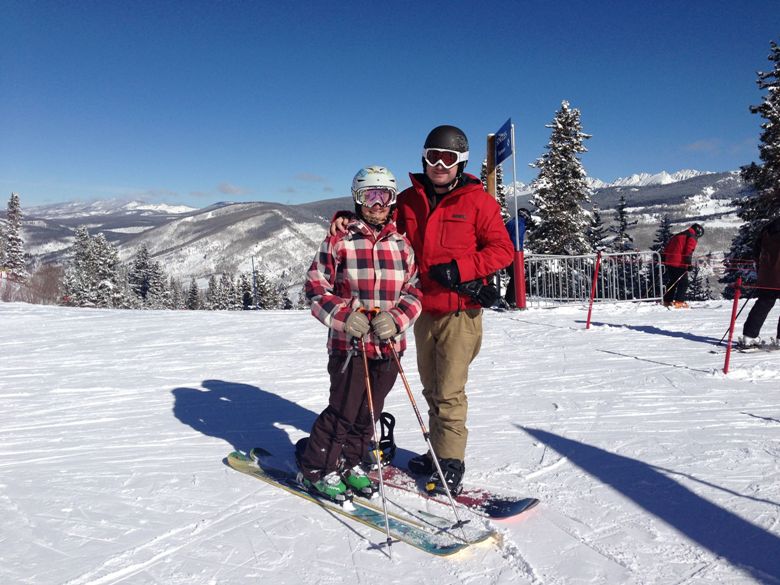 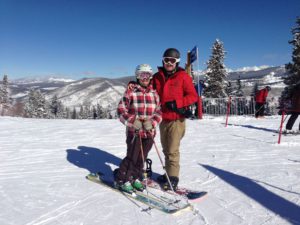 This stunning realization became apparent this week on a ski trip to Breckenridge and Vail, where, despite my advanced age, some of the greatest skiing and boarding in the world takes place.

Maybe I’m just out of shape. Too many spirits will do it to you. Not enough gym time. Either way, at 31 years young, I found myself completely gassed on the slopes trying to keep up with my 22-year-old cousin Melanie Yemma (a senior at Colorado College). I’m a fan of breaks – even naps – but apparently when you’re 22 and you live in Colorado, you don’t take breaks on the mountain.

I asked Melanie about this phenomenon. “You are old AND out of shape,” she said. I guess that about sums it up.

Luckily, the folks at GoBreck are more accommodating. I had the pleasure of spending a little time at Breckenridge with Jessie Unruh, GoBreck’s social media guru. She took time out of her work day to show a fellow boarder the basics of Breck.

And she didn’t mind taking breaks. In fact, Breck is a town of good leisure.

“The great thing about Breck is that no matter your age, there’s something for everyone,” Unruh said. “The mountain terrain is for all abilities, and the town is unique – you’re not going to find this vibe anywhere else.”

To put it simply, Breckenridge is awesome. Everything about it is perfect, from the mountain, to the town, to the martinis – which are delicious yet unpretentious (check out The Warming Hut). However, if you’re into pretentious martinis – which I sometimes am – you can always stick your pinky out.

The mountain at Breck boasts the highest ski lift in North America – Imperial, clocking in at 12,840 feet. You can hike even higher to the tippy top that’s just two feet shy of 13,000. Yes, you definitely could do that.

But I didn’t. Because I’m old. And out of shape. And drink too many pretentious martinis.

Breck is definitely in my list of top three favorite ski stops, and I’ve been to quite a few in Colorado, California and on the East Coast. I have to give Mammoth Mountain love, too, since it’s my absolute favorite local stop (I live in Los Angeles). But Breck and Vail are tops outside of California.

When you’re here, though, just don’t pretend you’re 22. At times I did, and it got me into trouble. Like when I consumed two adult beverages at lunch in Vail, veered off the trail because nature called, and wound up stuck in a basin in 3-4 feet of powder. I was about five minutes away from being That Guy…you know, the guy who has to call ski patrol. Luckily, I saved my dignity and was able to trek out.

Or there was that other time when trying to keep up with the 22-year-old I got a little too confident in the trees and did a nice little head-over-heels move. That could’ve ended badly. Luckily it didn’t.

But I’ve learned my lesson now. Technically, I’m grown up. I have a grown-up job, doing PR for a grown-up agency (Ketchum).

Sometimes on vacation, though, I just can’t help but act 22. Two days left of skiing at Breck. Hope I make it through.