Not an airport hotel – but only five minutes from the airport! Swisshotel Zurich 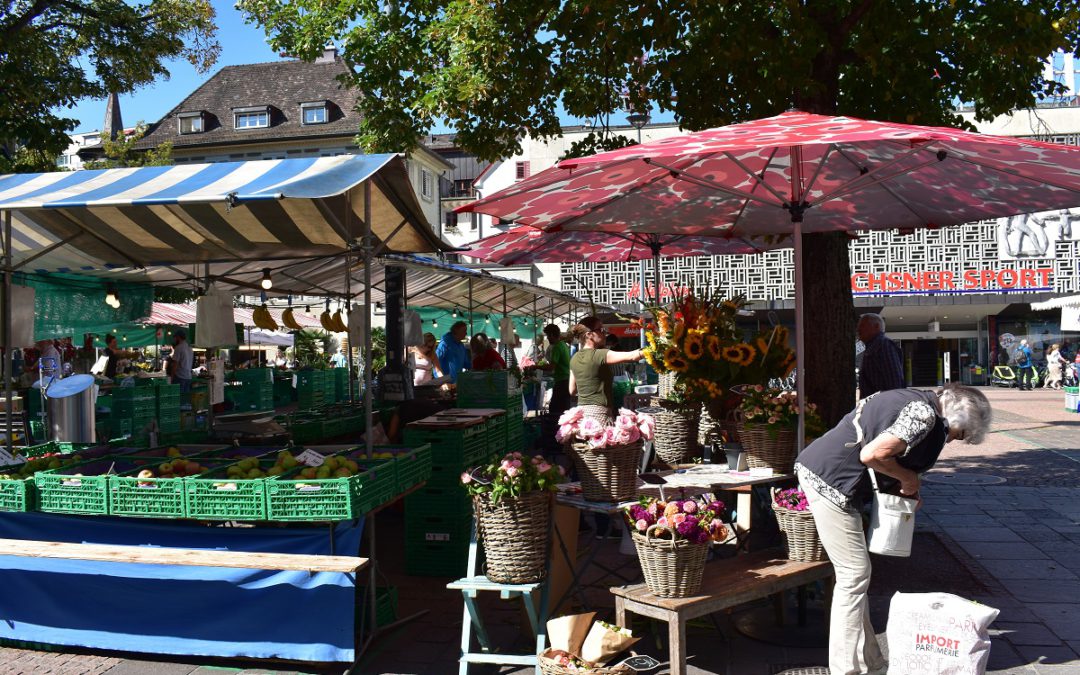 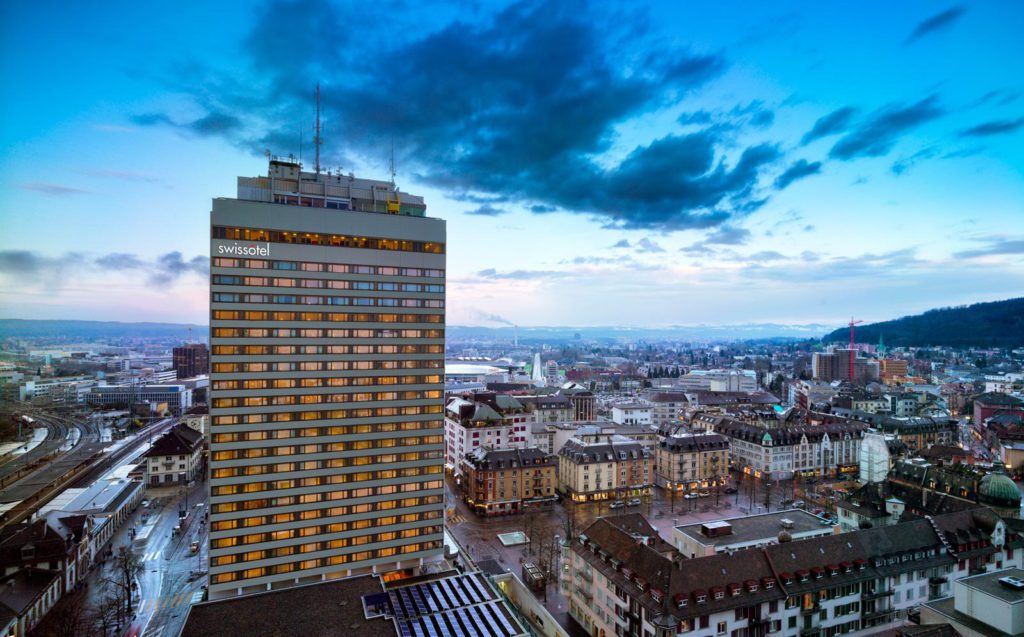 Five minutes to the airport?  Absolutely and we’re not at an airport hotel.

After traveling three-plus hours on the train from Zermatt, it was nice to find the hotel so easily–and so comfortable, complete with its 32nd floor infinity pool, fitness center and spa with views of  Zurich. There were even views of Zurich from the treatment room where I indulged in a massage after two weeks of hiking.

The restaurant and bar Le Muh spills out onto the terrace with comfy lounges and a lively evening scene. After so much traditional Swiss cuisine, it is fun to see it interpreted differently—the bar has 80 varieties of cocktails and we sit outside for dinner as children hoot and play at the adjacent playground. We eat carrot  ginger soup, Caesar salad, sole with capers and lemon butter and for the vegetarian in the group, vegetarian pasta. For desert: Passion fruit- Mango sorbet and cheesecake.

Swissotel Hotels and Resorts got its start in Zurich but now are all over the world. The lounge and restaurant were busy with an after-work crowd of locals as well as hotel guests enjoying the summer night outdoors. 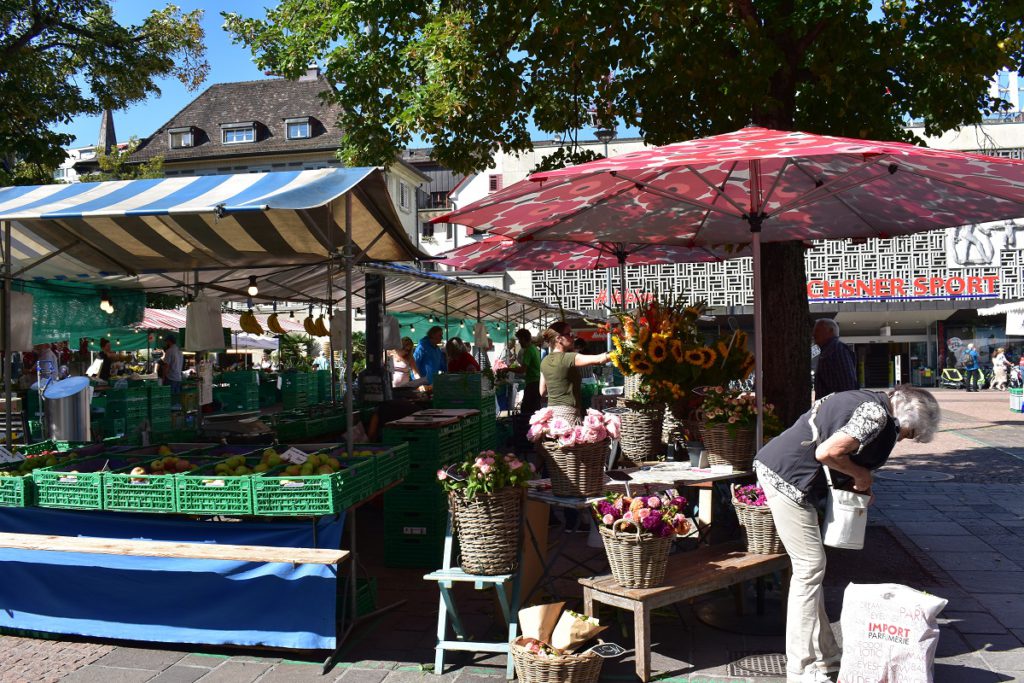 I loved that the hotel was just three miles from downtown and also from the airport—easy to get to the central city via tram and literally five minutes on the train to the airport, (both stations directly across the street from the hotel)–yet it was situated in a real neighborhood where we browsed the farmer’s market in the morning (if only we could have taken home the sausage and cheese!).

With our Swiss Half Pass, it only cost roughly $3 each to get to the airport and a 24-hour bus-train-tram pass was about $6.

I even was able to get a new battery for my watch at a neighborhood shop.

Before we left, we enjoyed one last sumptuous buffet breakfast—everything from Swiss musili and yogurt and fruit to eggs, bacon, salami and assorted pastries , cheeses and breads.

The servers obligingly offered to-go wrap for sandwiches.  Thanks!