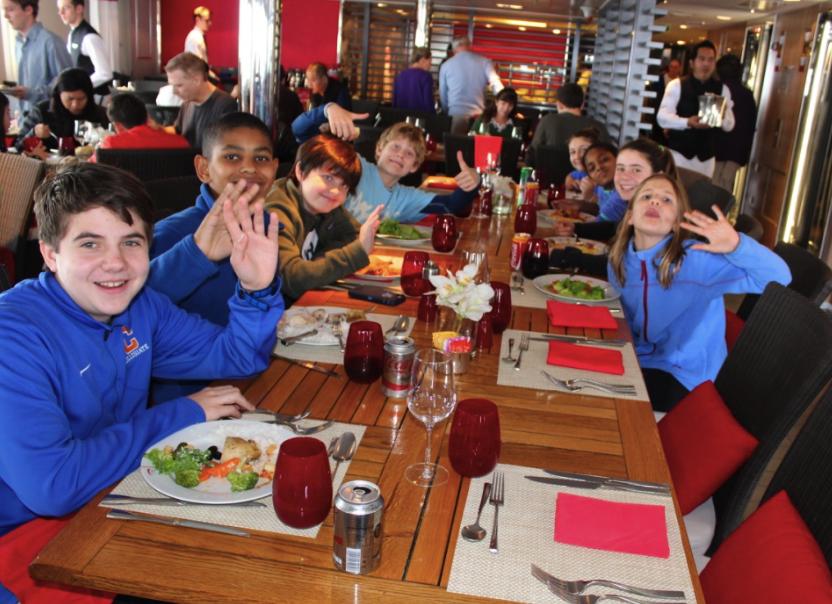 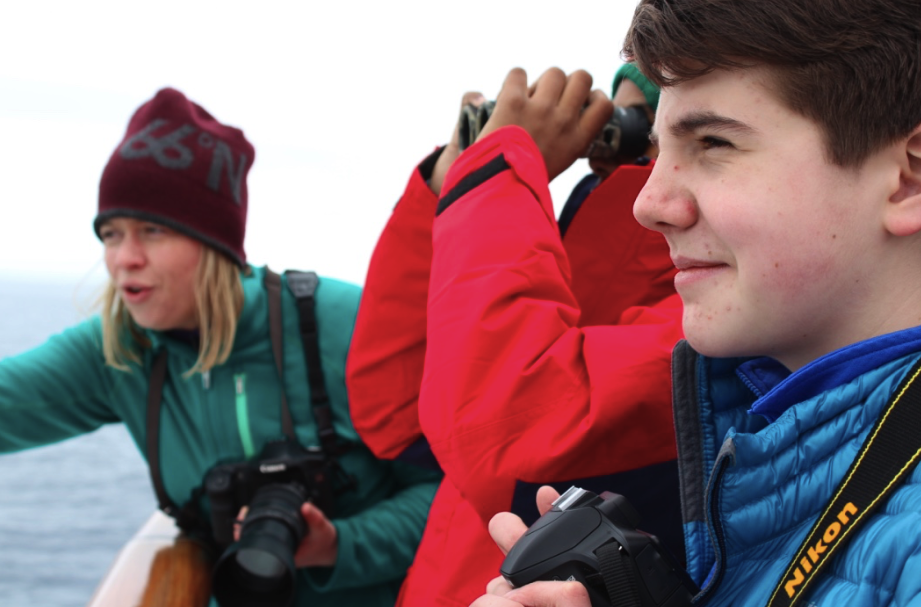 Bird and while lookouts on Le Boreal

And it’s just the first day aboard Le Boreal heading on two-week adventure cruise from Southern Argentina to the Falkland Islands, South Georgia Islands and Antarctica. Even more amazing than the wildlife, perhaps, is that these Young Explorers, part of the group of 34 kids on board — a record number for this Abercrombie & Kent (A&K) — trip, are already such fast friends.

They hadn’t even met until this morning; by lunchtime, after a get-to-know-you game (TRUTH or LIE: “I’ve petted a cheetah!” “I’ve broken both wrists!” “I’ve been on the Great Wall of China!” “I have four cats!”) and a scavenger hunt around the ship organized by the two experienced Young Explorer leaders on board, Jeff Manker and Kristin Wornson, a gaggle of them had commandeered a table together for lunch and were chattering as if they ate lunch together everyday.

“Didn’t take long,” said one pleased mom. No parents were urging reluctant children to “try to make friends,” or to “participate” in organized activities, as is too often the case on family vacations.

As the adults have lectures on sea birds, history or glaciers on sea days, the Young Explorers have special workshops designed to enhance their experience –- and their world view. “I want to go to the kids’ sessions,” said one adult passenger after hearing there would be a Plankton lab and a lesson in charting the ship’s course.

There wasn’t any evident teen or tween angst that too often derails even the best planned family vacations. “It is super cool to be some place most people haven’t been,” said Charlie, 15, from New York.

“You meet so many cool people when you travel,” added Sky, 15, from near Detroit, MI. 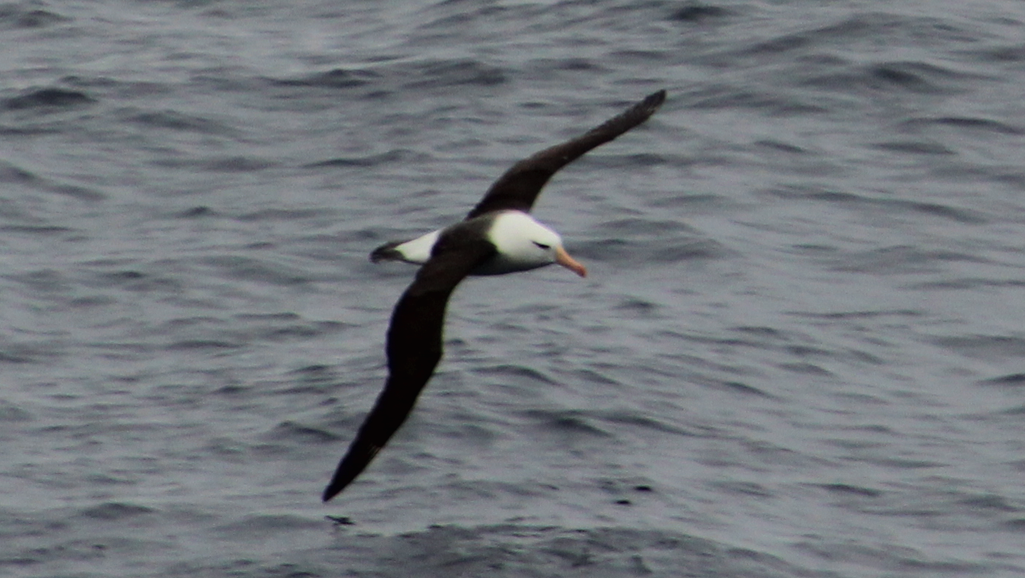 Seabird visits Le Boreal on crossing from Argentina to Falklands

“I was super excited about this trip because it is so completely different from where I live in California, “ explained Sean, 15, San Diego.

After lunch and a quick lesson using binoculars taught by Jeff Manker, a California high school science teacher who developed the state’s first high school ornithology class, the kids were out in the blustery wind on deck with binoculars and assorted camera lenses to search for sea birds and whales with the help of some of the A&K naturalists on board.

How can adults engage kids in nature?

“Get excited yourself and ask questions…try something new,” said Manker. Parents think kids aren’t paying attention to them but they are actually modeling their behavior, he suggested.

“Encourage the kids to tell their own stories in their own way about what they are seeing,” suggested Paul Hart, a member of the exhibition staff who does just that in Britain with an experiential science program for underserved youth. “There is much to be learned from the kids,” he explained. “It is easy for adults to tell but much harder for them to listen.”

Earlier, Manker and his co-leader Kristen Worst had challenged the kids to find their inner explorer on this trip—finding something they were passionate about and exploring that subject, whether penguins, the melting ice shelf, whales or history. “We’ll take you to all the places,” he said. “It is your job to look.”

That shouldn’t be difficult with this crowd. After all, these kids are already passionate and experienced travelers — for more than half , this trip marks their seventh continent. They certainly have traveled a lot more than their parents had at their ages.

That doesn’t make them jaded, they insist, but rather has made them better global citizens.

“Travel shows me how much I have to learn,” said Sean.

And all the better to explore and learn with new friends.