On a multigenerational cruise with Windstar in Scotland 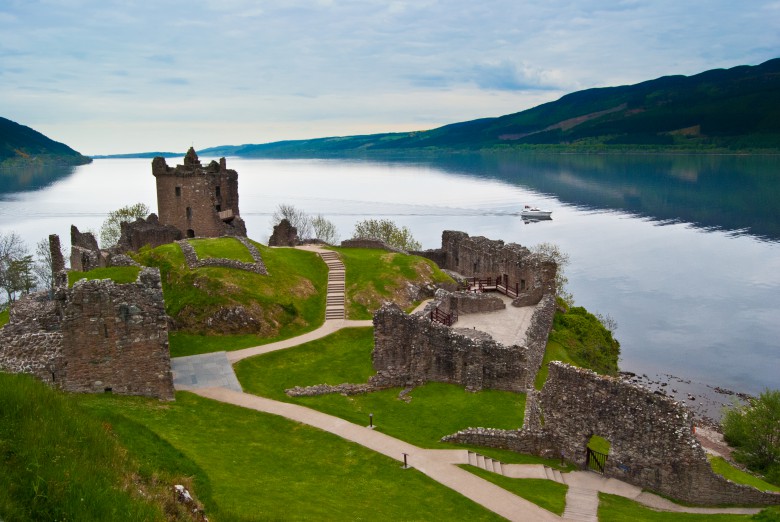 I met the spry 91-year-old grandmother from Victoria, Canada, a few weeks ago. She was cruising with her 17-year-old grandson in Ireland and Britain, touring historic sites, picturesque ports, churches and more, navigating tenders in bumpy seas. I hope I’ve got half her stamina when I’m her age!

“When I get tired,” she explained, “Wyatt goes off by himself.” But it seemed as the cruise from Ireland through the northern Scottish Isles went on, Wyatt was napping more than she was.

For Wyatt’s high school graduation trip, Unger had chosen the Windstar Star Legend, a 212-passenger ship — one of three yachts without the line’s famous sails that the company has recently acquired from Seabourn and refurbished to the tune of $12 million. Wyatt wanted to explore Scotland and after starting to arrange a tour just for the two of them, Unger decided a cruise would be easier.

Windstar, though, has never been known as a family cruise line, but rather a line for couples getting away without their kids and grandkids. I’ve written that Windstar is a good bet for that experience, in fact. Our first major trip without our three kids was on a Windstar yacht sailing from Athens to Istanbul and we met a couple from New Hampshire — parents of three — celebrating their 20th anniversary and almost giddy from the freedom.

“It wouldn’t be nearly as much fun if my kids were here,” said Julia Rodriguez, a college professor and busy working mom relishing the opportunity to do what she likes when she likes — and to have someone cook and clean for her. “I’m able to relax,” she added.

But aboard the Windstar Star Legend earlier this summer, where more than half the passengers were repeat customers, some many times over, I also saw the new face of family travel — grandparents, like Unger, traveling with nearly adult grandchildren, parents traveling with adult children and multigenerational groups with adult grandchildren. In fact, Joe Duckett, Windstar Cruise’s vice president of sales and marketing, said the company is looking to offer a family experience, perhaps on a special sailing. They are also dipping their toe in the increasingly popular all-inclusive cruise waters with a recently announced limited time offer on select itineraries, including Wi-Fi, (the biggest gripe I heard was the cost of onboard Wi-Fi). When I was in my 20s, I never traveled with my parents. Neither did my husband or my friends. I was never fortunate to travel with my grandparents either.

But now, it seems, as long as parents and grandparents pay, the kids are happy to come along. In fact, according to the 2015 MMGY Global Portrait of American Travelers, over 40 percent of grandparents, who say they travel, took trips with their grandchildren in the last 12 months, significantly more than in either of the previous two years, said Steve Cohen, who leads the agency’s customer insights and industry research. Also significant, said Cohen, is that grandparents report they plan to travel more in the next year with their grandchildren.

“We have very generous grandparents,” said Amanda Weise, 29, who was among the grandchildren traveling with 10 in her family from the Midwest. She added that her grandparents organized a trip like this every two years. “We do our own thing during the day and have dinner together every night,” she said.

Grandparents I meet traveling tell me they’d rather help expand their grandchildren’s horizons and share experiences rather than leave them a lot of money. Beverly Unger, for one, was disappointed there wasn’t anyone on board to enhance the experience with cultural or historic insights as there have been on other cruises she’s taken. With families so scattered, vacationing together often becomes the only way they can spend time together — and maybe teach the grandkids a thing or two.

That’s the case for those living far from adult children who haven’t started families yet too. Janet and Martin Jones said the cost of the trip was a small price to pay to have their adult daughter Christine to themselves for nearly three weeks. “This is the most time we’ve spent together in years,” acknowledged Christine, a busy health analyst in Washington, D.C. In her early 30s, Christine acknowledges that even when she comes home to Maine for the holidays, she usually brings work with her. Onboard, she said, she has been able to unplug — Internet access is expensive, after all — and focus on family time.

That’s what the Alberts were doing too. Cassie Albert, 11, and her brother and sister, both teens, were the youngest passengers. That there were no organized activities for them, but, according to her mom Jeannette Albert, that hadn’t been a consideration when she planned this trip, their first to Europe. The California family had wanted the convenience of a cruise — packing and unpacking once — but the intimacy of a smaller ship.

What pleased Cassie the most? The four-horned ram she saw one day on a shore excursion and all of the food choices onboard, served by a staff that couldn’t do enough to please her. What pleased her mom? Seeing her kids getting along, even playing a board game together. “I had to take a picture so I’d remember,” she laughed.

An advantage of a small ship, whatever your age, is that it’s pretty easy to get to know other passengers, joining them for a walk in a port town like Tobermory, the only burgh on the Isle of Mull in the Scottish Inner Hebrides, which offers both a portside distillery and a fish and chips food truck, or for a meal onboard. Another night, we were treated to a bagpipe and drum performance by the City of Inverness Youth Pipe Band at the historic Fort George, a special event just for our ship’s passengers, something Windstar has begun doing on every cruise.

While some grumbled that the hour-journey was too far, 18-year-old Charlie Anderson declared, “I would have gone a lot farther to see them.”

Charlie, whose grandparents, Karen Clarkson and Doug Anderson, had taken him on this trip for his high school graduation, was the kid you’d love to travel with. He was enthusiastic about everything — the antithesis of a lot of teens I’ve met traveling. He explained that because he came from a small town in South Dakota, everything was new and exciting and he was making the most of every experience — the cruising itself, sampling (some) new foods, exploring his Scots heritage with his grandfather and then buying matching ties from their clan. The best part, he said the last night of the cruise, “was the time with my grandparents.”

Karen Clarkson and Doug Anderson, who live in Colorado and don’t see Charlie that often, smiled at that remark. The best part, they said, was seeing the world through Charlie’s eyes.