On an ‘uncruise’ Alaskan sea adventure 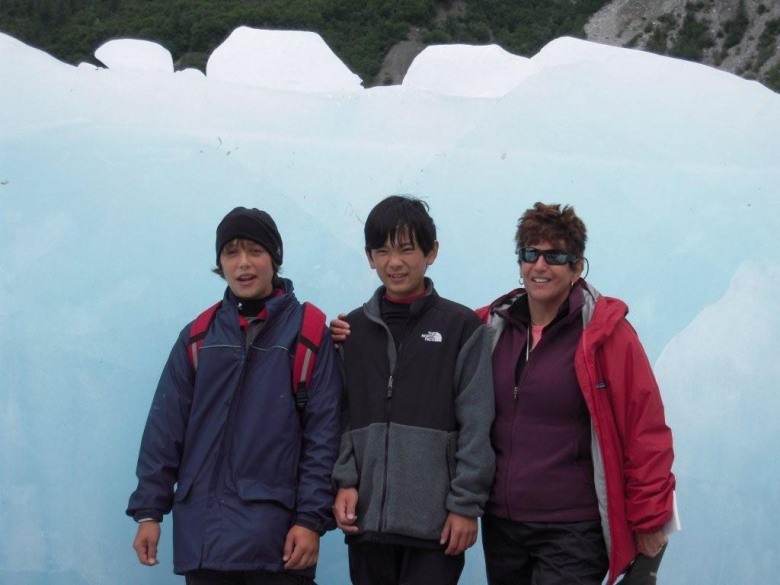 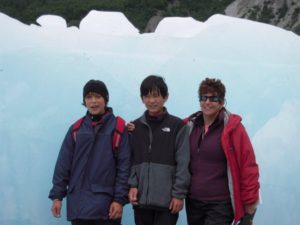 Try maneuvering a kayak through icebergs — big ones, small ones, ones that look like alligators and flat-topped bergs that could spell trouble because they are mostly underwater.

Just 250 years ago, this area was all glacier and no bay. Today, hundreds of thousands of tourists cruise Glacier Bay National Park (www.nps.gov or www.travelalaska.com) each year, though it’s reachable only by boat or plane. Most see slices of the expansive wilderness from the deck of a cruise ship. I’ve taken that trip more than once and wrote a book for kids about the experience.

More PHOTOS This trip, we’ve taken a different tact. I’ve signed up with Thomson Family Adventures (www.familyadventures.com), along with three other families, and have brought along my 12-year-old cousin Max Weinberg (the trip is his Bar Mitzvah gift) and his 13-year-old friend Miles Singer. We’re spending nearly a week exploring the park by kayak, on foot and on the 12-passenger Sea Wolf (www.seawolfadventures.net), a converted World War II mine sweeper owned by former Texas horse trainer and vet Kimber Owen, who serves as our major domo and chief naturalist. She and her five-person crew take very good care of us.

Unlike the big cruise ships, we can take our time in Glacier Bay, which offers 3.3 million acres of glaciers that calve right in front of us, wildlife — humpback whales that jump right in front of our boat, dozens of harbor seals sprawled on rocks — and an amazing marine ecosystem (ever make a doll out of a 20-foot bull kelp?) exposed by the dramatic tide swings. We’re even given a chance to follow a bear’s trail, explore an ice cave and skip rocks through giant chunks of glacial ice.

We have no cell service, TV, Internet or video games on our 97-foot wooden boat and after the initial shock, the kids don’t seem to miss it. There isn’t even electricity after 10 p.m. when the generator is shut off. “I hope after this experience kids will start to look at their own environment differently and see how they can make a difference,” says Owen, her dog Bo — a big favorite with the kids — nearby. She proudly explains that she has outfitted the Sea Wolf so that it is accessible to those with physical challenges “So everyone can have adventures.”

Thomson Adventures has sent along Carole Gibson, an energetic kayak instructor and wilderness guide, as the “mentor” for the kids in our group — six teenage boys and one 11-year-old girl, Charlotte Majercik from Brunswick, Maine, who’s traveling with her parents and older brother Xander. The other families are from Las Vegas and Tucson, Ariz.

But we all have one thing in common: The desire to get up close and personal with the wilderness and the willingness to pay more for an experience that is guaranteed to be one for the memory books. This is a good time to visit Alaska too. Ron Peck, president and COO of the Alaska Travel Industry Association, notes that tourism is down by double digits — as Alaska celebrates the 50th anniversary of becoming a state. “What that means for the consumer is great deals and lots of availability. The destination hasn’t changed, only the price.” Check out www.alaskashottestdeals.com for the latest discounts.

“The more you look, the more we’ll see,” Owen tells the kids on our boat. She explains that the beauty of a small boat is that we can go where our interests — and the weather — dictate, rather than be bound by a schedule.

That’s why another day, we’re all in the bow of the boat, our binoculars trained on Johns Hopkins Glacier — more than 12 miles long and the most active glacier in the park — as huge chunks of glacial ice crash into the water. Owen tells us she hasn’t been here in two years. The ice prevents most boats from getting through.

It looks so blue! Glacier ice is made of large, tightly packed ice crystals. When sunlight hits it, the ice acts like a prism and separates the light. Low energy colors — like red and yellow — are absorbed while blue is reflected. “Blue raspberry popsicles with crumbled Oreos, declares Charlotte Majercik.

Even the kids realize they are witnessing something special. “I could stay here all night and watch this,” says Miles Singer.

“When I was a kid I never got to do anything like this — not even close,” observes Laurie Redmond, a Las Vegas businesswoman and my kayaking partner.

Gail Blacutt from Arizona, traveling with her 15-year-old son Jake, while her older two kids are busy elsewhere, adds that she didn’t even fly until she was in eighth grade.

Sometimes though, even in a place as amazing as this, it is tough to engage the kids in nature, especially teens, Gibson concedes. It helps tremendously, of course, that other kids are part of the equation. Whenever we’re not on kayaks or hiking, the kids sprawl on the leather couches in the boat’s cozy saloon playing cards and making origami creatures as they scarf down the homemade cookies prepared by our stellar cook, Linda Fitzgerald, who goes by the nickname “Chefy.” Drew Redmond, 17, admitted he didn’t expect that just hanging out on the boat would be so much fun.

There’s tremendous value to getting kids out of their comfort zones and away from the computer, the cell phones and the TV, at least for a few days. “I didn’t miss electronics at all,” declares Miles Singer at the end of the trip.

Neither did the adults.