On Anguilla everybody sails, especially the kids 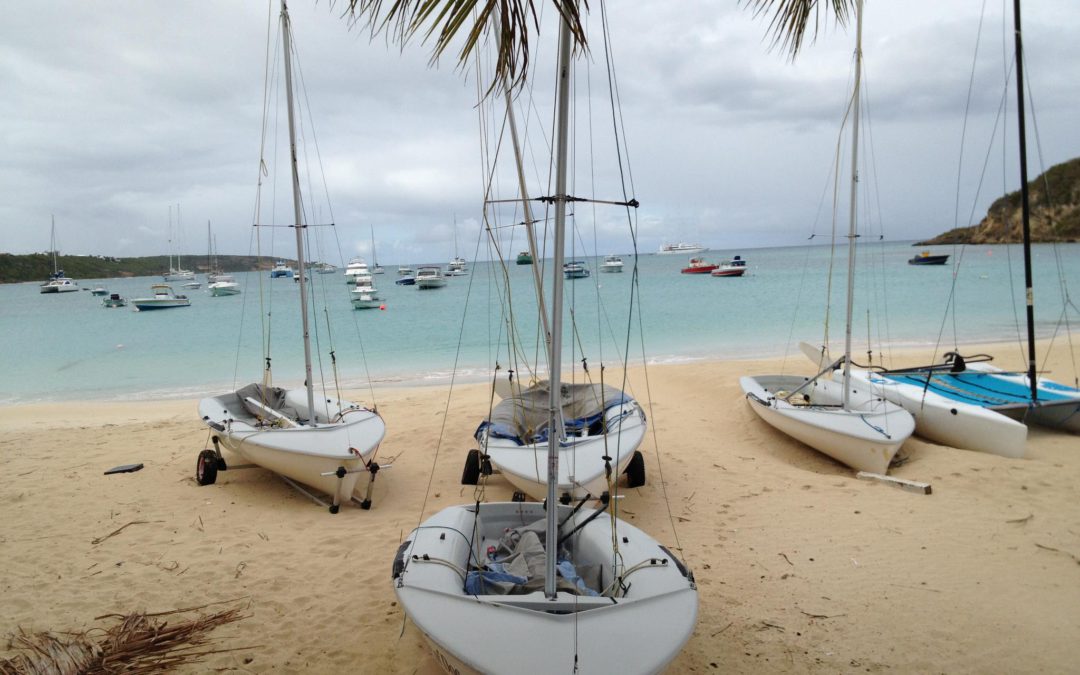 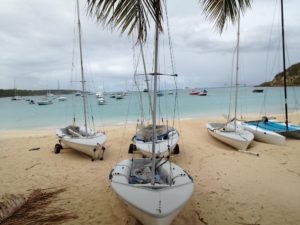 Sailboats ready for racing at the Anguilla Youth Sailing Club

Sail racing is the island of Anguilla’s national sport dating back to the early days of the 20th century when Anguillan men on their way back from working in sugar cane fields in the Dominican republic would race their schooners home.  In fact, the   unique design of the racing boats here evolved from fishing boats that would fish as much as 40 miles off shoe

Today, there is a  an  Anguilla Youth Sailing Club that teaches local as well as visiting kids to sail (look for programs through the Viceroy Hotel and others)   “Kids really rally round the  boat racing…we start to teach them at age four,” says  Paul Koeniger, who oversees the youth sailing club.

There is also a first rate Tennis Academy staffed by pros from resorts like CuisinArt Resort where we are staying and a $3 million facility built by donations and grants to teach kids to play tennis, some of whom have gone on to win college scholarships, says Denny Derrick, who is one of the CuisinArt pros (check out the kids and adult clinics here)  and is involved with the academy that started on one court in 1996 in a park.

Anguilla, a British territory east of Puerto Rico, is one of the most northern of the Leeward Islands about 11 miles from St. Maarten—most visitors usually arrive via public ferry from the French side of St Martin or shared water taxi as we did from the Dutch side of the island near the airport,

It may be about the same physical size—roughly 16 miles long and three miles wide—but has less than a sixth of the population—just 14,000 people lie here  “We are still a village,” said local historian and boat builder  David Carty, whose family has been ere since the  seventeenth century.

Carty believes Anguilla’s welcoming culture stems from the failure of the sugar cane plantations in the 18th century.  That master-slave culture never got established here, he said, “where people had to rely on each other.” Salt was Anguilla’s oldest recognized commodity, collected from the island’s many salt ponds and an industry here (crews would enter the pond in large flat-bottomed boats, bring up the salt, rinse it and thrown in the boat.  It would be shipped overseas.

“Anguillas never had formal towns people had a little piece of land and built their homes,” Carty said.  Nor do people stand on ceremony with their officials. “If one of our representatives mess up, we drive to his yard and blow our horn and tell him what we think.”

This island also came to tourism late—there wasn’t even electricity throughout the island until the 1980s.    It was in the late 1970s said Carty, that the government made a concerted effort to establish a tourism industry.

Today, of course, it is one of the leading industries here but the island works hard to maintain its laid-back ambiance.  There isn’t one real town, no big cruise ship port, no duty free shopping, no casino.  There are no real slums.  As we drive around the island, we pass the schools—painted blue, pink, green and yellow—the kids uniforms to match and tidy houses.  We see goats grazing by the side of the road.  While locals have felt the economic crash felt by the rest of us, locals say, everyone has a home and enough food to eat.

One beach is more beautiful than the next (especially Upper Shoal Bay on the Northwest part of the island and the mile-plus Rendezvous Bay where CuisinArt is located.  There are more than 30 beaches to choose from and you don’t need to fight anyone for a beach chair!

No wonder they call  Anguilla “Tranquility wrapped in blue.”

“When you come to Anguilla, you have to settle in and take your time,” says local tour driver Accelyn Connor who likes to do heritage tours explaining the history of the island. (email him at premiertaxiandtour@hotmail.com)