On the first American sea voyage to Cuba since the Revolution 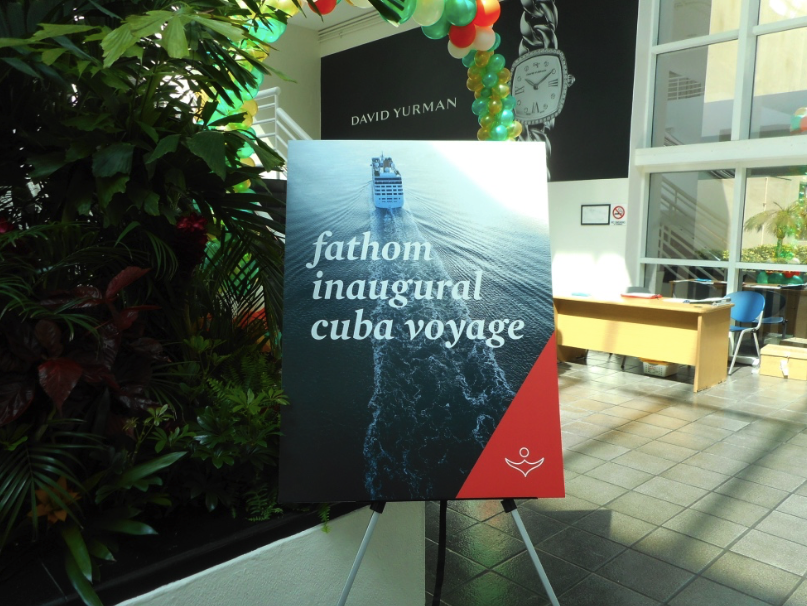 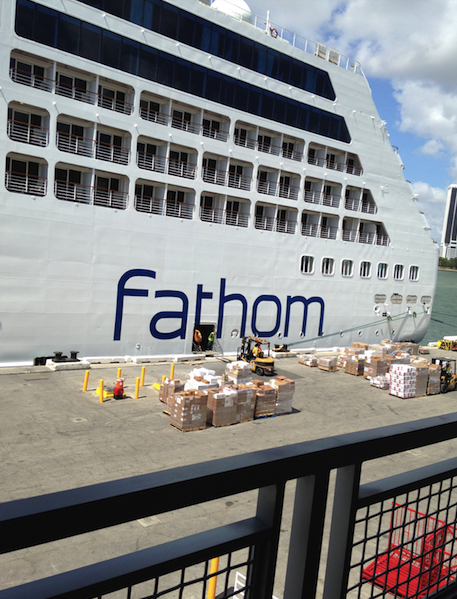 ABOARD THE FATHOM ADONIA — Eleven kids are making history, though they may not realize it.

The kids are among the 700 passengers aboard Fathom’s Adonia, the first American ship to win approval to sail into Cuba from American shores in more than 50 years. (Fathom is the newest cruise brand of Carnival Corp).

They include as many as two dozen Cuban-born passengers. Approval was just granted for Cuban-born Americans –like Carnival General Counsel Arnie Perez—to arrive in Cuba by sea. Perez, the co-leader of the Company’s Cuba working team, was expected to be the first person off the boat in Havana on this historic inaugural voyage.

Already, Carnival Corporation is requesting approval for other brands to sail to Cuba, said Carnival Corporation President and CEO Arnold Donald, who was born in Cuba and led the Carnival team to win approval. Just before Fathom left Miami—247 nautical miles to Havana—Arnold said that he hopes approval will be granted later this year or next year for more American cruise ships to visit Cuba.

But those trips will be very different than aboard Fathom, which is committed to immersive experiences in Cuba and voluntourism in the Dominican Republic.

In the last two weeks, Donald said, Fathom has had a substantial impact in the Dominican Republic. “One hundred families now have water filters and access to clean water,” he said. “Over 5,000 Cacao trees were planted. Five families now have a cement floor,” making for a far cleaner living environment than a dirt floor. Over 400 pounds of Cacao nibs were cleaned and 12,000 chocolate bars wrapped at the Cacao and Women’s Chocolate Cooperative, helping the company to grow. Hundreds of young people in schools have received extra English lessons.

“With thousands of volunteer hours, that is a powerful thing,” he said. “And that’s just in two weeks.”

“The power of what we can do corporately is far more than we could do individually,” said Russell.

Russell noted that while the ship might be in port four days, the work continues every day, adding that there are partnerships both in the Dominican Republic and in Cuba that make these experiences possible. Those include the required people-to-people programs in Cuba that enable visiting Americans to get to know Cuban artists, musicians, entrepreneurs and other locals. “

She hopes there will be many families in the future who will seek this kind of experience. The kids on board, including her own two, “ bring tremendous energy and excitement on board,” she added.

Right now, travel to Cuba still can be complicated—visas required, the difficulty of getting from place to place, the lack of a traditional tourism infrastructure. “We make it easy,” Russell promises. “Unpack once for a richly immersive experience.”

Clearly, there is a lot of demand for this kind of travel. Donald noted that more than 200 of those who sailed on Fathom in the last two weeks to the Dominican Republic have already booked another Fathom cruise.

“The voyages to Cuba are cultural exchange, not social impact—Fathom has already contributed to the greatest social impact that has occurred between the U.S. and Cuba in decades

When Arnold Perez disembarks in Havana, it will be “one giant leap for the human spirit,” Arnold said. “And that’s what Fathom and the Carnival Corporation more broadly are about, providing experiences that elevate the human spirit.”

Bon Voyage to Cuba from Miami