Options when weather derails your trip 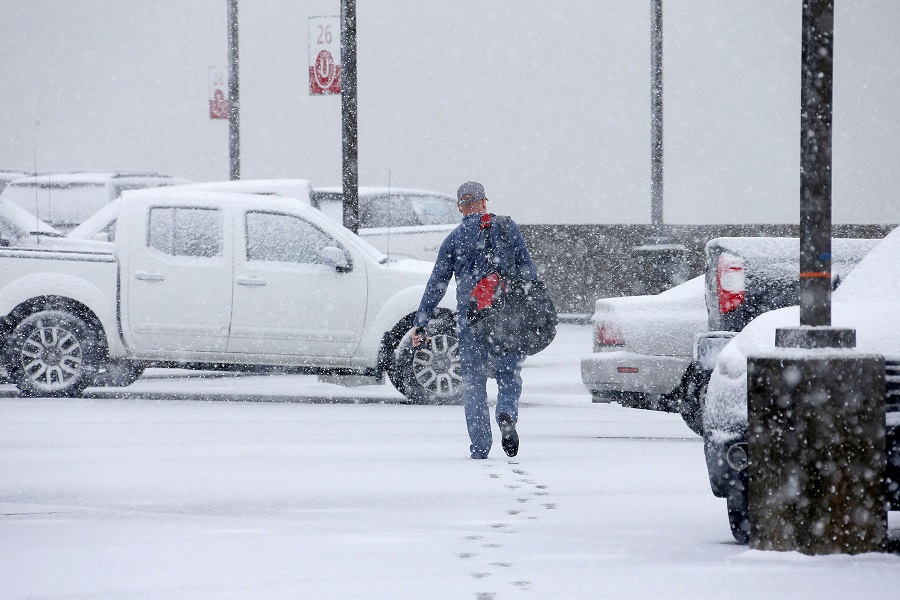 Snow snarled traffic on the highways, caused flight delays and covered the parking decks at Hartsfield-Jackson Airport as a winter storm warning was in effect for the Atlanta area on Dec. 8, 2017

We got to JFK only to find that our flight to the Caribbean had been canceled, due to a blizzard that had blanketed the city a few days earlier.

We turned around and went home, canceling the long-planned trip to a dive resort because by the time we could have gotten a flight my husband and son would have had to turn around to get back for work. My daughter and I finally went a month later.

That was six years ago and nothing has changed when weather impacts travel. We all saw the coverage of miserable passengers delayed, sometimes for days, by the recent Winter Storm Grayson, the “bomb cyclone.”

What has changed, thankfully, are passengers’ options, especially if they are proactive, starting with carefully monitoring weather, road and airport closures. “Don’t just assume everything will be open,” said Chris Elliott, consumer advocate, and author of “How to Be the World’s Smartest Traveler (and Save Time, Money, and Hassle).

John DiScala, author of the popular travel blog JohnnyJet.com, says he doesn’t leave home without checking Weather.com and his airline’s change policies. “So I can rebook without a penalty and fly when there won’t be hassles,” he said. His site also lists major airline policies when flights are delayed or canceled.

These days you should get an email or text from your airline offering you the option of rebooking in advance of a trip, as well as letting you know how your canceled flight has been rebooked. Elliott noted you are entitled to a full refund for a flight, bus or plane ticket, if that is the case.

Another tip: Use social media to reach an airline. “We have a robust social media team who can respond quickly and rebook passengers,” said United Spokesman Charles Hobart. “This helps us and helps our customers.”

DiScala suggested you sign up for free flight status notifications from your airline so you are guaranteed to get a text or email with updates about your flight.

And don’t wait. “There aren’t a lot of flights these days with empty seats,” DiScala said, so those who act fastest won’t be delayed as long. A travel agent can help, suggested Jack Ezon of New York City’s Ovation Vacations, one of the city’s largest. Ezon, who sits on several travel industry advisory boards, said his company had many clients impacted by the storms and an agent can help you figure out the best options, deal with the airlines and negotiate discounted rates for those forced to extend their stay somewhere. 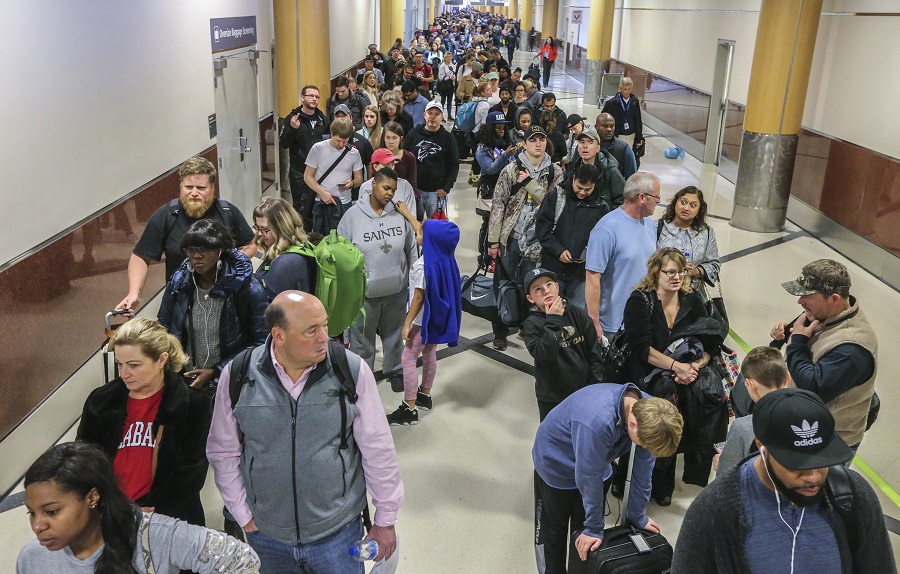 The lines were long in the North Terminal waiting for the security checkpoint on Monday Dec. 18, 2017 at Hartsfield-Jackson International Airport, the day after a massive power outage brought operations to halt

Another tip from Ezon: If possible, don’t check bags as it will reduce your ability to go standby and increase the chances your bags will get lost. You can always ship them instead, he said, adding that if you are connecting make sure all of the flights are on the same reservation. You don’t want to be in the position of being identified as a “no show” when you don’t make a connecting flight.

Travel insurance policies (which typically cost 5 percent to 10 percent of your trip cost) may refund travelers for lost, pre-paid expenses, like not making it to a cruise ship or all-inclusive resort, when their trip is canceled or significantly delayed. Consider using a mobile app such as Allianz’s TravelSmart, which provides flight tracking and even lets you file a claim right from your phone.

Just read the fine print to make sure you are buying the right policy (some policies insure kids for free). Specifically, travel delay coverage will offset the cost of additional food, lodging and transportation while you’re delayed, or cover pre-paid expenses you may lose. The Classic Plan from Allianz Travel Insurance, for example, provides travel delay coverage up to $800 with a daily limit of $200.

But what if you haven’t used a travel agent or opted for travel insurance? “Take advantage of the options as soon as possible,” suggested Douglas Eisenstein, delayed for three days trying to get home to New York from Aruba with his wife and two sons.

The Eisenstein family had even opted to travel Friday to Friday to give them a buffer, should they get delayed but that wasn’t sufficient this time.

Still, they did the best they could, rebooking their Jet Blue flight as soon as they were notified in advance of the storm. The Eisensteins immediately asked about extending their stay at a deeply discounted rate, and were able to do so once they showed confirmation of their flights being canceled. “Not everyone was as fortunate,” Douglas Eisenstein said. The hotel had quickly run out of space.

There was an upside: two more days of fun in the sun and a third night with friends in Fort Lauderdale. And just as important, said Eisenstein, not being stuck at the airport with young kids for hours.