Organized Chaos — Getting the Kids (and Grownups) Ready to Ski 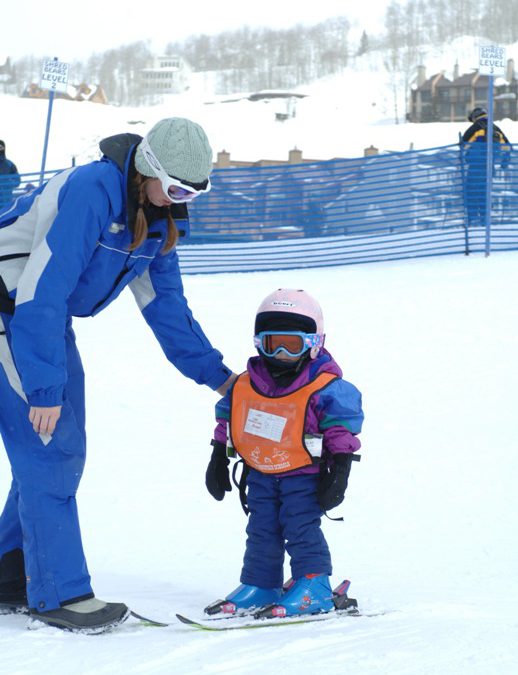 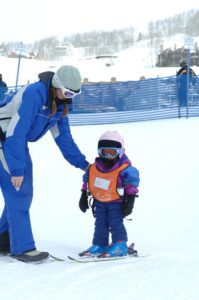 Organized chaos. Three adults, four college kids, two teens, and a five year-old and three year-old getting ready for a ski day. I‘ve got a sinus infection so I opt not to ski today. I take 13-year-old Eva to the “teen” class. Ellen Osterling, who oversees the kids’ programs, says the ski school tries to offer teen classes every day — even if they have to send out a teen with his own instructor.

Eva lucked out with a hip Argentine instructor nicknamed “Japonese” because he’s half Japanese. Only one problem — there wasn’t another teen at her level. But while adults — and even many kids — would prefer to have an instructor all to themselves, Eva pines for other 13-year-olds to ski with.
Crested Butte doesn’t draw as many families from the Northeast as other big ski resorts in the West, which is why the ski school isn’t jam-packed full of kids this week — with Northeast schools on break. I’d much rather have her and my cousins’ two little ones, five year-old Ethan and three year-old Hannah, in small classes — they learn more that way. But I hadn’t taken the teen social aspect into account.

My 16 year-old daughter Melanie, meanwhile, is taking part in a two day camp run by Crested Butte Academy. She’s getting ready to ski in the Junior Extremes later this week — part of US Extreme Skiing competition that started here 17 years ago. Juniors aged 14-17 have been competing only for the past seven years — my older daughter Reggie competed five years ago. This is the longest running extreme skiing event. She’ll be skiing down world-famous 583 acres of double black diamond ungroomed expert only terrain — some of the steepest lift-served runs in North America! Gulp.

And to think that a dozen years or so ago, she was honing her skills in Kids World — just like my two little cousins this weekend. Five year-old Ethan Sitzman, meanwhile, is happy as a clam once he reconnected with his young ski instructor from last season. And three year-old Hannah, after a few tears when her mom, my cousin Jayme, left her, settled in just fine at Kids World and by the end of the day, was going up and down the magic carpet like a pro.

The resort is busy but not crazy busy. That’s another thing I like about Crested Butte — even on the busiest weeks, it doesn’t seem crazy busy.

There’s one thing I hate about ski vacations and that’s going to the grocery store. My kids always complain that I buy too much food and then they proceed to eat it all anyway. They seem to inhale salsa and chips, and other snacks after they stagger in all rosy cheeked at the end of the ski day.

I just smile. I’ve also learned especially on ski trips to be prepared for plans to change — like dinner. We thought we’d go out but even the adults were too tired after a day on the mountain. Good thing I’d bought the fixings for tacos and chocolate chip cookies! Everyone is in bed by 9 p.m.