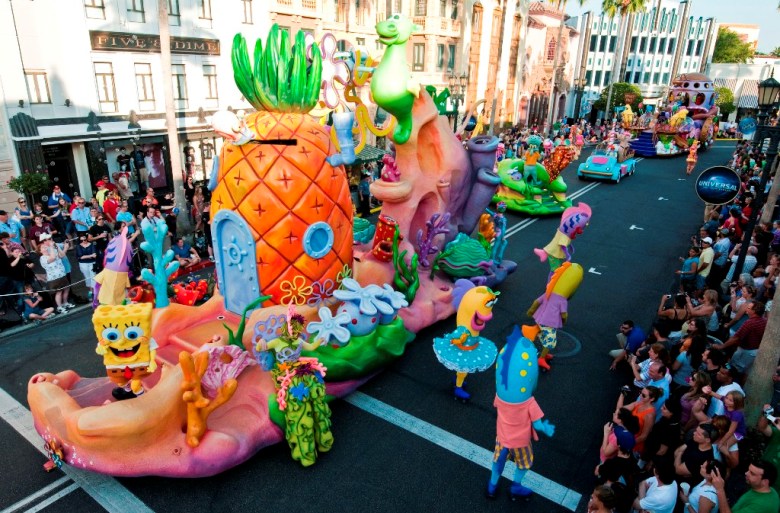 More than a dozen ferocious Nile alligators loll on the riverbank below the bridge where I’m standing.

I should be terrified but I’m not. Maybe that’s because I’m at Walt Disney World’s Animal Kingdom experiencing Wild Animal Trek, one of Disney’s roster of special VIP experiences.

Who doesn’t want to be treated like a VIP on vacation? We all do, of course, cutting lines, getting pampered, seeing what most tourists don’t. Orlando  offers plenty of VIP options for the entire family—assuming you’re willing to pay extra for the privilege, of course.

Join us to talk everything Orlando at a #TMOM Twitter Party  5/14, 9pET. Great prizes too!

Wild Animal Trek, for example, takes “adventurers,” just a dozen at a time, accompanied by two well-seasoned guides, on a bush walk and truck ride through the most remote areas of Disney’s Animal Kingdom. On our outing, a mama and baby rhino walked right in front of our truck and we saw a lion and lioness snoozing on a hilltop, not to mention the elephants, giraffes, antelopes, ostriches, gazelles, cheetahs, flamingos … Having been on safari in Africa, I really do feel I’m back there — or at least somewhere other than an Orlando theme park. That’s the idea, of course.

The price for the Africa Trek is nearly $200 –but a lot less than going to Africa!  And I like all the extras. Besides your trek, you receive a CD of photos, including plenty of the animals, your bush meal and a donation to support the threatened animal of your choice.

Here are some other options::

— Share a spa experience with your little princess—everything from facials at the Nickelodeon Family Suites to spa experiences for preschoolers at The Spa at Disney’s Saratoga Springs Resort   to special teen treatments and parent-teen massages at the Mandara Spa at Universal Orlando’s Portofino Bay Hotel and at Walt Disney World Swan and Dolphin.

—  Head  to  SeaWorld’s Discovery Cove where admission  is limited to 1,000 guests a day and includes a dolphin-swim interaction, the chance to hand-feed hundreds of tiny birds and for an extra-fee the chance to take an underwater walking tour wearing dive helmets for up-close encounters with rays and schools of tropical fish.  There is also trainer for a day programs. You can also sign up for an immersive animal connection experience at SeaWorld Orlando   where you can see where the injured sea animals are treated. Get up close with penguins, sea lions or dolphins.  Look for other exclusive experiences –even being a trainer for a day.

— Take a VIP Tour at Universal Orlando Resort and let your guide give you the 411 on all the attractions. Front-of-the-line access is also included. Did we mention the complimentary valet parking, the effortless character interaction (no waiting in long lines) and the discounts on souvenirs? (Check here for prices.)  If you stay at one of the three Universal Orlando hotels, your room card guarantees you front of the line access to most of the attractions.

— Get slimed  like a celebrity  at The Nickelodeon Suites Resort

— Walt Disney World offers VIP Tours  which will enable you to hit the major attractions at all of the parks in one day with a guide who has a magic pass that enables you to head to the front of the line or go in the back entrances.  There are a variety of other special options from  going on a scavenger hunt through the Magic Kingdom on Disney’s Family Magic Tour  to a unique Richard Petty Speedway Challenge  to the chance to be transformed into a princess at the Bibbidi Bobbidi Boutique  or a pirate.  Take your little princess to the Perfectly Princess Tea at the Grand Floridian Resort) where she’ll get princess lessons from resident Princess Aurora and a special princess doll.

Orlando, after all, is the place to make dreams come true—yours as well as the kids.