Ostracized snowboarder finds welcome at Snowbird and The Canyons 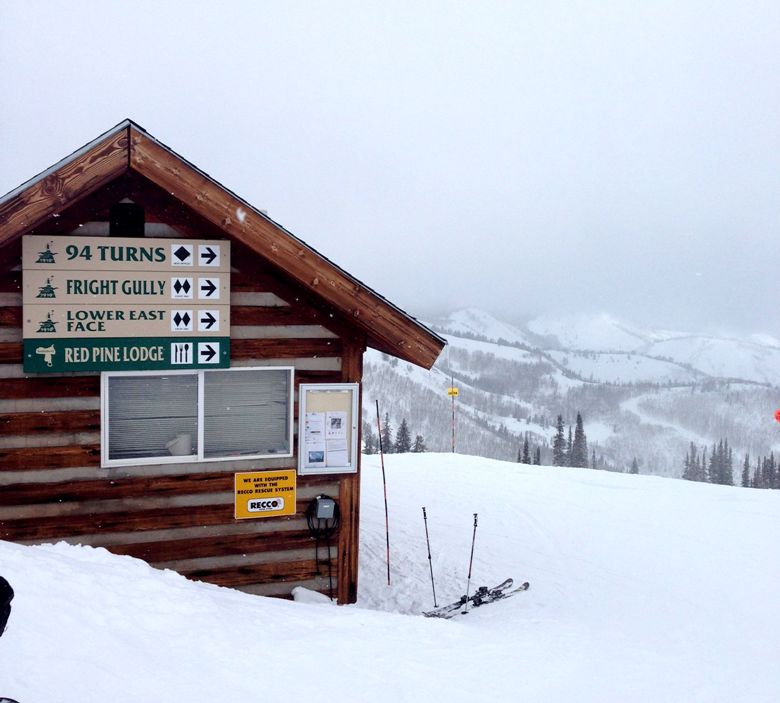 Summit at The Canyons

PARK CITY, Utah — As the only snowboarder of the family, I constantly have to defend myself and my brethren that we’re not a bunch of sliding reckless criminals one strike from being locked up. I still have two strikes left, thank you.

All kidding aside, there are still stereotypes about snowboarders in this country that just aren’t true. We have multiple Olympic events, the face of our sport (Shaun White) breaks through pop culture, and I’m literally an Eagle Scout — so how’s that for your snowboarding stereotype? Furthermore, out-of-control skiers have four weapons to take you out with — two skis and two poles. So where’s the beef?

Regardless, this is always a topic of conversation on the annual family ski trip. So when I heard we were headed to Utah this year — with not one, but two mountains that still ban snowboarders (Deer Valley and Alta) — I was a little skeptical. Would I have to smuggle my snowboard into the state?

Good thing the Park City area has more options than you can handle. And two of the best options in Snowbird and The Canyons embrace our kind with open arms, despite our alleged propensity for deviant behavior.

Let’s start with Snowbird. Ranked No. 2 by Forbes this year in its annual list of top ski resorts in North America, Snowbird is pure awesome. Geared more to the avid or hardcore skier/boarder, the mountain is tucked away in Little Cottonwood Canyon, about a 45-minute drive from Park City and even closer from Salt Lake City. It’s slightly-off-the-beaten-path nature translates to 500 inches of annual average snowfall — and it’s the good stuff, all light and fluffy and whatnot.

If you’re an intermediate to advanced skier/boarder, your first order of business should be to ride the tram straight to the top of Hidden Peak (11,000 feet). As one visitor put it to me on one of my trips up: “This is where they separate the men from the boys.” Indeed, when we got to the top we were in a windy cloud, visibility was pretty bad, and I did get separated from the family. Later at lunch I learned of the rest of family’s mishaps coming down, the language probably not fit to print here. I spent the entire morning exploring the terrain, which I’m happy to say, puts Snowbird tops on my list of favorite places in the country, surpassing Vail and Mammoth Mountain as my former favorites.

Panoramic view at The Canyons

The Canyons is not far behind. If you’re staying in Park City, the practicality factor is much higher on the list here than Snowbird. The mountain is right down the street, it has terrain for all ability levels, and there’s even a gondola that takes you from the parking lot to the base of the mountain. Why don’t all resorts have this?

Here’s my tip for The Canyons: stop for lunch and a beer or two at Red Pine Lodge on the mountain’s midsection. After a little bit of liquid courage, head over to the Tombstone Express lift followed by Ninety-Nine 90 Express lift that takes you straight to the top. At The Canyons, this might be where you separate the men from the boys.

The beauty of The Canyons is that there’s something for everyone. Beginners can stay in The Meadows section near the Red Pine Lodge, and there’s plenty of intermediate and advanced terrain all over the mountain. In fact, The Canyons is one of Powderhound’s top three resorts for best overall terrain.

But most importantly, the best part about both The Canyons and Snowbird — I can show my face in public as a true snowboarder. Of course, now that I’m back home, I’ll have to stay one step ahead of the police if I want to do another trip next year.