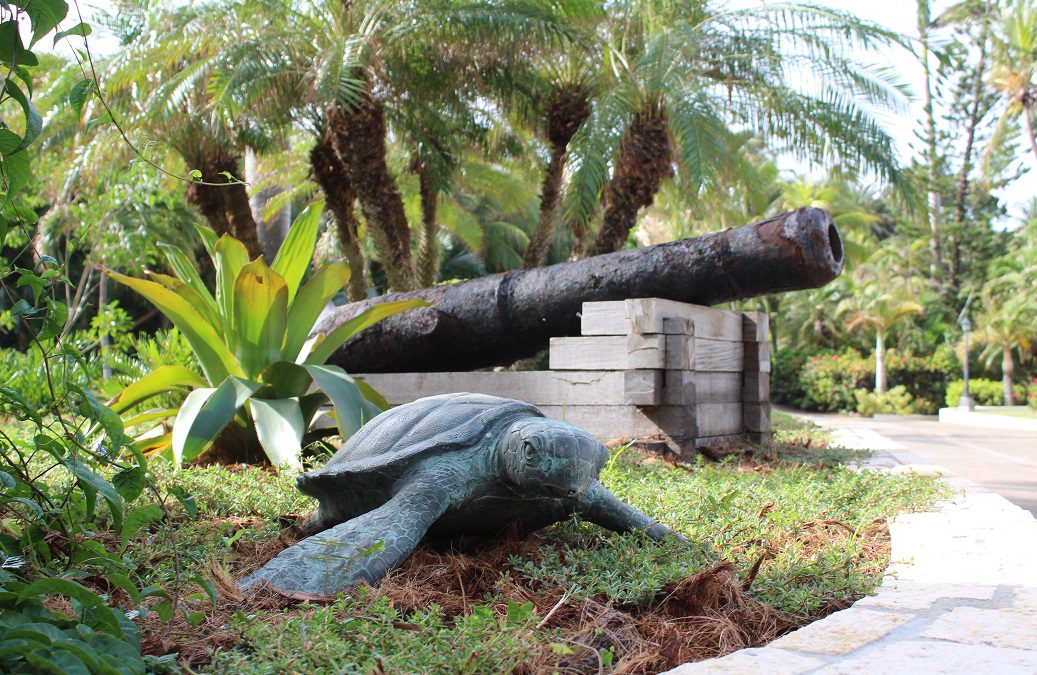 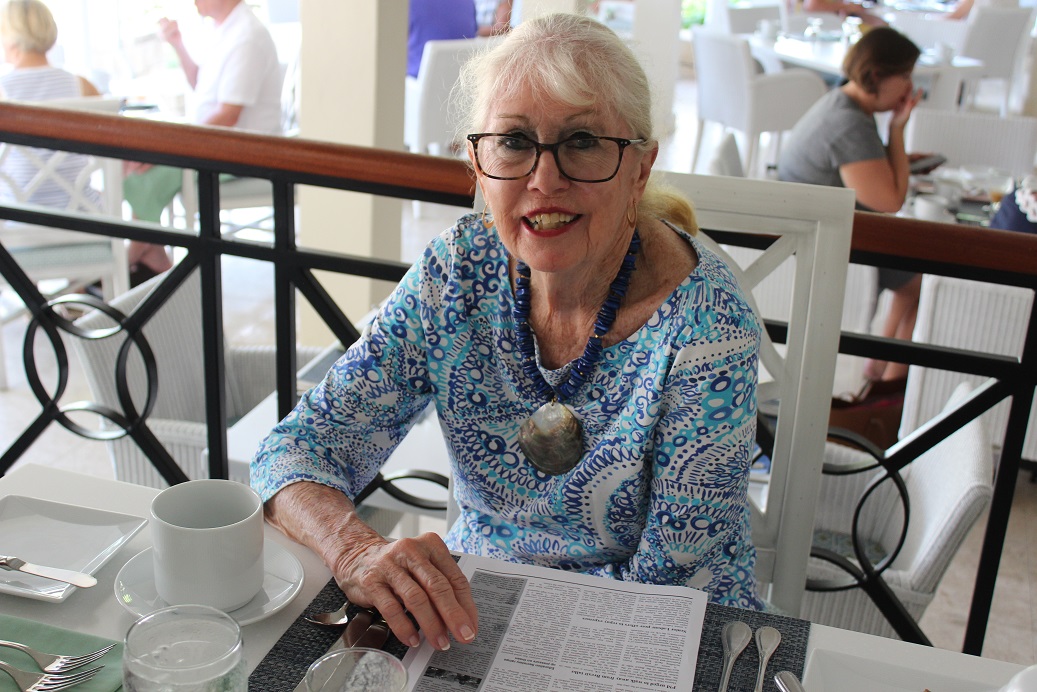 ANTIGUA, West Indies – When Howard Hulford opened the upscale 27-room Curtain Bluff Resort on a peninsula on the southern tip of Antigua in 1962, men had to wear jackets and ties to dinner and kids weren’t permitted between January and March.  And even then, they had to be 12, Hulford’s widow Chelle recalled.

“Now people don’t travel without their kids,” she said.  “And men don’t want to wear jackets on vacation.”  Many younger guests, of course, don’t even wear jackets, much less ties, to work anymore.

Curtain Bluff welcomes kids with a breezy open-air kids club tucked in the shade and an adjacent playground. The activities, says Ainsley Smith, the former teacher and day care provider who oversees the kids’ program, are designed to teach kids about Antigua—making wind chimes out of shells, for example, coloring a book with the flag of Antigua on the cover and pictures of  the sugar mill tower that is  the island’s national historic symbol, the frigate that is the national bird and the Hawksbill Turtle.

“Today people expect a resort to have a kid’s camp, like having a spa,” said Smith. “But we’re not just babysitters…. the parents come and hang out and do the activities with the kids!” 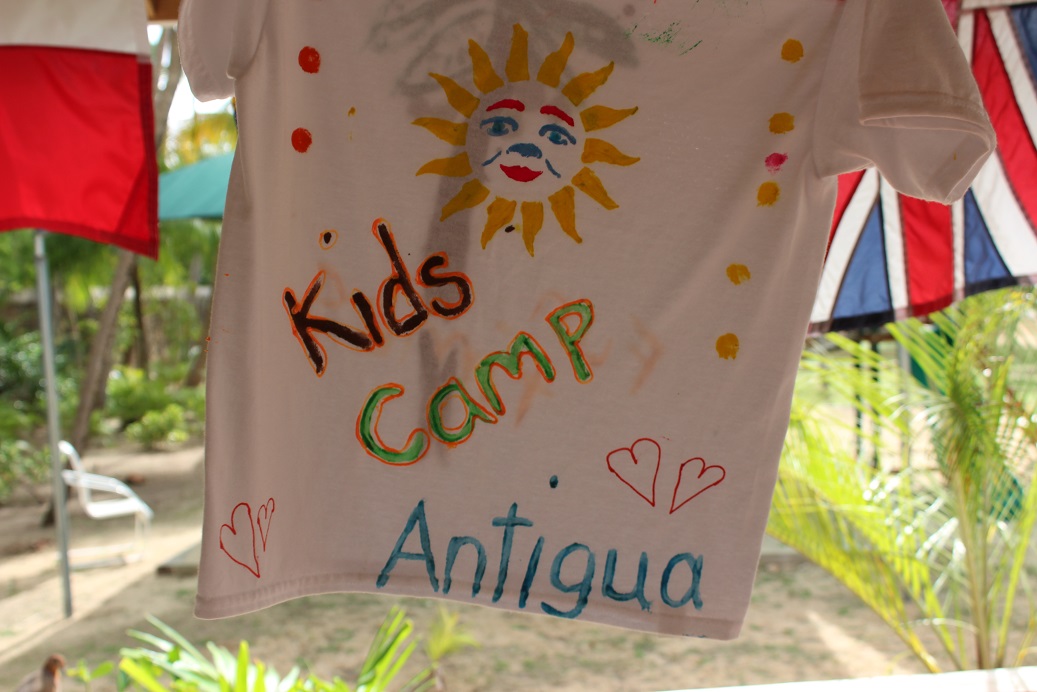 Tye-dyed t-shirts made by kids at Curtain Bluff Resort

This year at Christmas, when there will be a lot of kids at the now 72-room resort,  an evening program will be offered–so that parents (and those without kids) can enjoy the evening music and dance without worrying about tripping over little ones.

There is talk of an adult-only pool for next season.  The sea change in family travel and the way families vacation is especially evident at this resort which has so successfully navigated these changes. “We have second and third generation staff and second and third generation guests,” proudly says Chelle Hulford. And now those guests—some of whom honeymooned here—are returning with their kids and grandkids instead of on their own, leaving the kids behind.

“This is the best mistake we ever made,” said Ashley Tetrich, building a sandcastle with her very happy five-year-old daughter Trysta. She explained that she, her husband Tim and Trysta where here with two other couples—old friends—and were supposed to stay in a house up a steep hill.  “We took one look and said we had to go,” she said.  Not only was there nothing for Trysta to do, but no one wanted to drive up and down that steep windy road. Though they didn’t get their money back the couple’s consolation was that the trip had been won at a charity auction—and had lead them to Curtain Bluff which they found searching for a child-friendly resort. 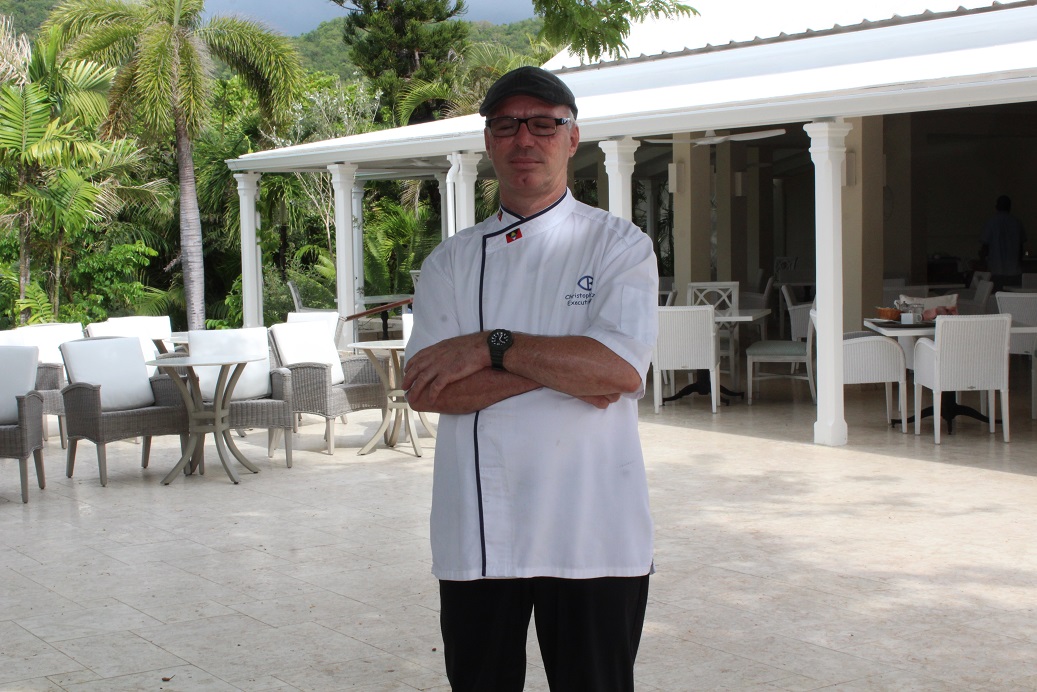 “This is the epitome of convenience,” said Tetrich. “And everyone is so welcoming.”

While Trysta was busy making tye-dye tee shirts at the kids’ club, her mom got some “me” time on the beach.  “The one thing I hate about resorts is when you can’t find a spot on the beach,” she said. “That’s not a problem here.” There are sand toys, floating mats and staff willing to take the family out in a Hobie Cat or tubing. “So many options!” she said happily.

That this resort works as well for those with older kids and even grown kids traveling with parents as some families are this week is testament to how hard the owners and staff try to satisfy the guests–from the masseuse who starts the treatment early and then goes the full time to the “beach butlers,” serving up drinks and cold towels, to the chef who will accommodate most any request, to the  wine tastings where every drop is drunk, laughed Sommelier George Williams who travels the world seeking out new vintages to add to the 5,000-bottle cellar, one of the best and largest in the islands. 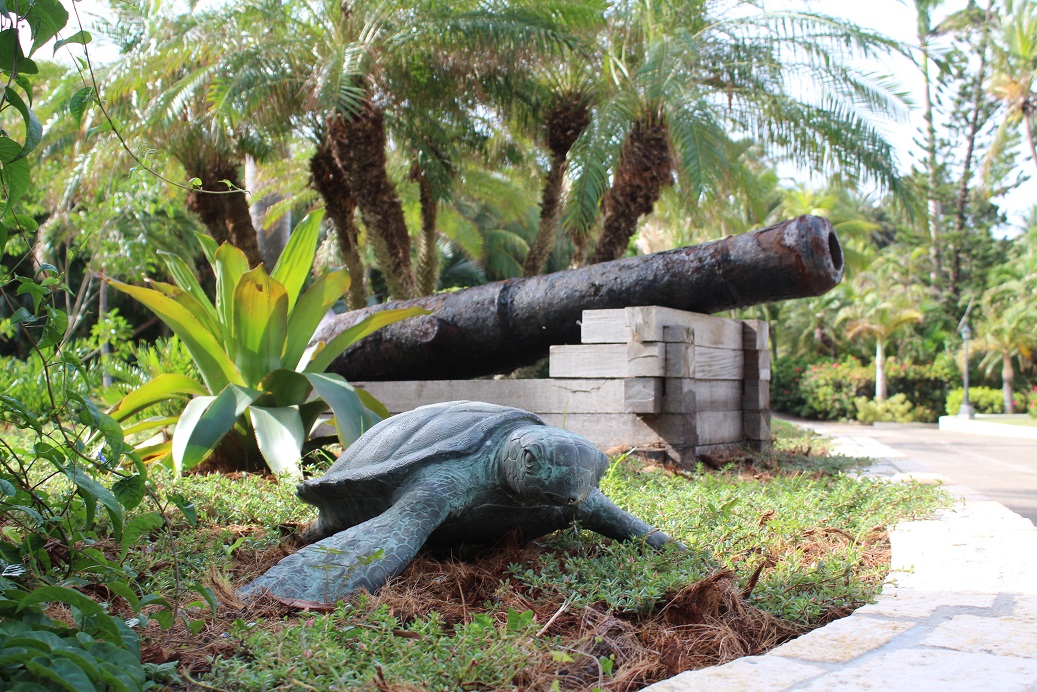 No wonder I see return guests greeting staff with hugs. Hulford said when her late husband decided to open the resort, he met with the elders from the tiny village, sketching out his plan in the sand and immediately hiring on their sons.  “It’s all about the relationships,” she said.

A few nights ago, Celle Hulford presented John and Gwen Larter a silver tray in honor of their 20th visit. Yes, the food and the beach are excellent, the couple said. But it’s the atmosphere and the people who work here that have kept them coming back from England, though without their children and grandchildren.

“This is our special place,” said Gwen Larder.

I get it. We honeymooned here 35 years ago and have returned 5 times. Curtain Bluff is our special place too.