Over the holidays, take your kids to a museum 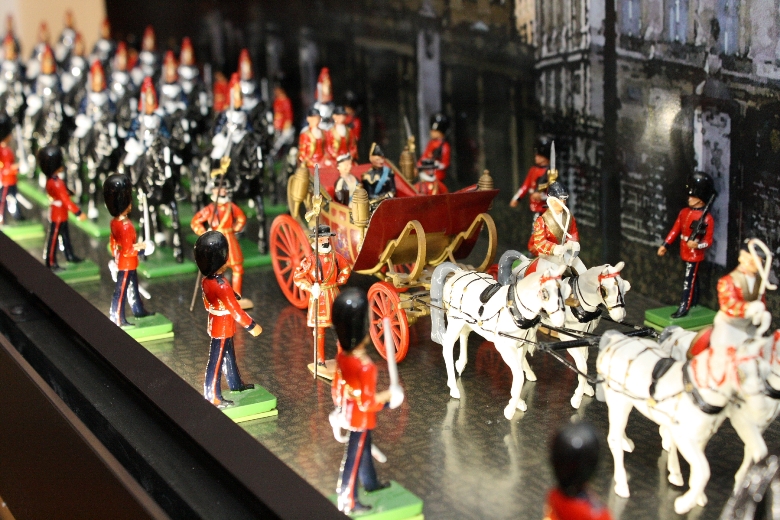 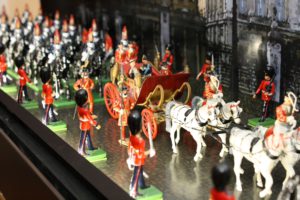 Leave the crackers and chips at home; ditto for the carbonated drinks and smelly cheese.

No, we’re not talking about what grub not to pack for your next road trip or flight. We’re talking about foods that are banned in outer space.

The new American Museum of Natural History exhibit “Beyond Planet Earth: The Future of Space Exploration” is a great bet this holiday season — just as NASA has launched the Curiosity rover toward Mars (it will take more than eight months for Curiosity to travel the 345 miles). In fact, the exhibit includes a full-scale model of the Mars Science Laboratory’s rover, Curiosity. You and your kids can see what life is like in space from the food (tortillas are a good bet) to the need for exercise (all that floating around makes your muscles weak) to a test that can show whether you’d make it to Mars. (If you’re prone to motion sickness, like my gang, stay on Earth.)

(If you have an iPhone, iPod Touch or iPad, download a free augmented reality app that can be used to activate 11 icons throughout the exhibit, unlocking 3-D animation of a rotating asteroid or Curiosity. The coolest thing is you can share the images via email or post them on Facebook and Twitter, or access a special site with additional space-themed links. You can also find the links in the Beyond Planet Earth section on the museum website.)

Wherever you live or are visiting this holiday, check out a museum with the kids. There’s no better way to get them out of the host’s hair or away from the TV. Focus on one or two exhibits instead of trying to see the whole place.

You can visit old favorites updated for this season like the Museum of Natural History’s 13-foot tall Origami Holiday Tree (this year decorated by 500 creations illustrating the museum’s biggest and best — everything from the iconic blue whale to elephants, dinosaurs, a satellite and Mars. Volunteers will be on hand to show you the art of origami.

Maybe a museum visit will become part of your holiday tradition and it won’t bust the budget either. My 25-year-old daughter, who lives in San Francisco, always insists on a visit to the Museum of Natural History when she comes east for Thanksgiving.

When she and her siblings were small and we lived in Chicago, we always made a holiday pilgrimage to the Museum of Science and Industry with its “Christmas Around the World” and “Holidays of Light,” a Chicago tradition that began in 1942 with a single tree dedicated to the Allies of World War II. The tree presentation now includes a grand tree and 50 smaller ones decorated to showcase Chicago’s ethnic communities and cultures. This year, you can also get up close and personal with Dr. Seuss at the new exhibit “There’s Fun to Be Done! Dr. Seuss and the Art of Invention.” Play with Oobleck, the very muck that runs amuck in Seuss’ “Bartholomew and the Oobleck” and invent your own contraption using Seussian wheels, horns and tubes.

In Indianapolis, families make it a tradition to head to the Children’s Museum (read the column I wrote about this wonderful museum). for the “Jolly Days Winter Wonderland” that includes a two-story Yule Slide, Ice Castle and even an “ice fishing” pond.

There’s no better way to forget bad weather or holiday stress — for a few hours anyway — than by ducking into a museum. It doesn’t have to be a large one either. For example, the Mark Twain House in Hartford, Conn., where Samuel Clemens raised his family from 1874 to 1891, hosts its annual Holiday House Tours where guides will give you a look back at a typical Victorian Christmas and regale you with Clemens family nostalgia, including the letter from Santa to Susy Clemens, written by her dad (Mark Twain) who, yes, did dress up as the benevolent Claus.

In Yountville, Calif., the Napa Valley Museum hosts a “Dreams of Toyland” exhibit featuring one of the largest 19th- and 20th-century collections of Christmas toys, games, decorations and Victorian ornaments in a series of vignettes complete with miniature fairies, animals and other creatures.

Use a holiday museum visit to zero in on a specific subject your kids are passionate about. Got any railroad buffs? Baltimore is the birthplace of the American railroad and the Baltimore and Ohio Railroad Museum features a Holiday Festival of Trains and Toys — a huge display of toy and model train layouts; there’s even a train carousel and crafts at the Choo Choo Blue Kids Zone.

Got chocoholics in the group? Check out “The Hershey Story” at the Museum on Chocolate Avenue in Hershey, Pa., where kids can make candy cane bark in Chocolate Lab class, create a chocolate clay ornament and even design and email a customized holiday label to themselves or their favorite pet.

Take your toy soldier fans to The Frazier History Museum in Louisville, Ky., home to one of the country’s largest toy soldier collections and your budding entomologists to New Orleans Audubon Institute where they can attend an insect-themed reading of “The Night Before Christmas,” make one-of-a-kind bug ornaments, and sample bug nog, peppermint cricket bark and fruit fly cake. Here, staff entomologists will explain how insects survive the winter.

At New York’s American Museum of Natural History, meanwhile, future astronauts and engineers were busy checking out 21st-century space gear and working to “transform” Mars from a frozen environment to a more Earth-like planet.

Maybe one of them will spend the holiday on Mars some day.