Passport is a must to teach kids the world 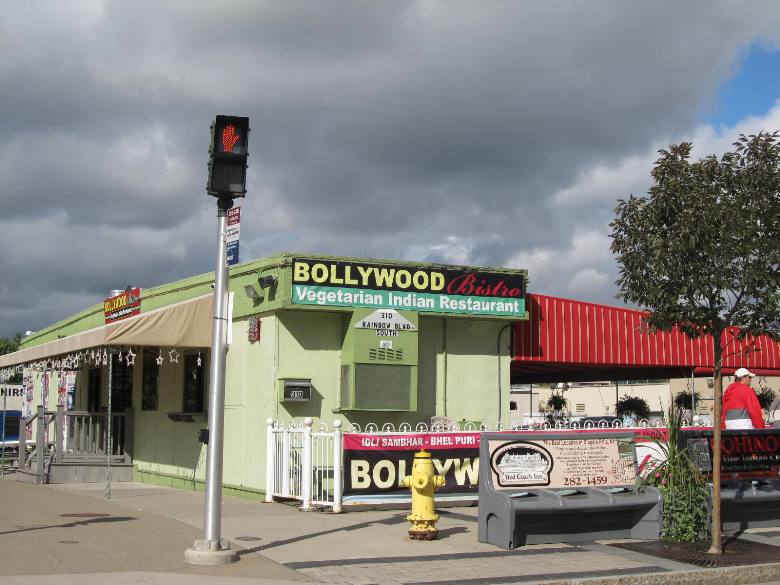 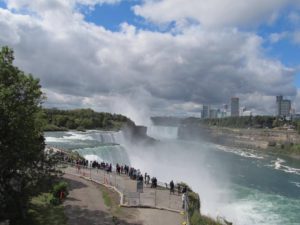 Niagara Falls from the American side

Do your kids have passports?

“The passport is the new diploma,”  Keith Bellows, editor of National Geographic  Traveler and the father of three, told the nearly 50 influential family travel writers and bloggers who had gathered this past weekend  from around the country and Canada at the TMS Family Travel Conference in Niagara Falls, NY.

The  writers and speakers, who represented major companies like Family Vacation Critic, AOL, USA Today and the Los Angeles Times, as well as  their own  successful blogs and brands like San Francisco-based Trekaroo.com and Utah-based MomItForward.com, heartily agreed with Bellows, the author of  National Geographic’s 100 Places That Can Change Your Child’s Life. In this globalized era,  it has never been more important to show children the world that exists beyond their neighborhoods—and perhaps their comfort zones.  That’s why attendees are all so passionate about family travel.

More than 113 million Americans now have valid passports, according to the U.S. State Department, more than double the number in 2001.  And new research from the U.S. Travel Association suggests that those who took educational trips as kids are more likely to graduate from college and earn more as adults.  Those who were surveyed said their travel experiences were key to their education.

I’m writing this as world leaders are convening in New York City at the United Nations, hoping to communicate the needs of their people to those who live in very different cultures.  It’s imperative that we teach our kids to find common ground with those from different cultures and countries and there is no better way to do that than through travel.

But as conference attendees discovered this past weekend in Western NY, it isn’t always necessary to take the kids to far flung destinations to show them a different world.

View of American Falls from the Maid of the Mist

Let’s take Niagara Falls, famous as a honeymoon destination, especially in the 1940s and 1950s.  Today, families, many from around the world, account for the majority of the city’s 8 million annual visitors, especially to Niagara Falls State Park, the oldest state park in the country and, we learned, the model on which other state parks were created. (Yes, you need a passport if you want to walk across the famous Rainbow Bridge to Canada.)

There’s no match for the experience of standing under the thundering American Falls on the Hurricane Deck as we did on the Cave of the Winds tour, surrounded by the power of the water crashing down from hundreds of feet above us.  We were lucky to be there on one of the nights fireworks are set off over the falls.

You can’t help but be impressed as you get up close to the American and Horseshoe Falls on the Maid of the Mist boat tour, which has been amazing tourists since the mid 19th Century. My kids have never forgotten their visit here in 1995.

From the falls, the water travels to Lake Ontario, the St. Lawrence Seaway and Atlantic Ocean.

But what surprised me and other attendees most wasn’t the Falls, as iconic an experience as it is, but all there is to do and learn in the surrounding area.  “There was much more than I expected and I didn’t realize I was going to be able to actually STAND under the cascading falls. That definitely blew me away,” said Kara Williams, of the www.vacationgals.com

Here are ten places beyond Niagara Falls State Park that are guaranteed to be a hit—and won’t bust the budget either: 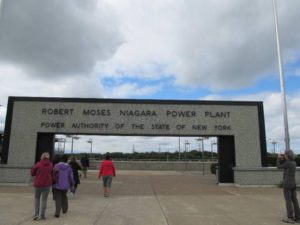 1.      The New York Power Authority  free visitor center is the place to see how the water from Niagara Falls generates enough electricity to power nearly 2 million households. Check out the view from the Power Vista’s Observation Deck 350 feet above the Niagara River Gorge. The kids will love the hands-on activities.

2.       Becker Farms  established in 1894 is the place to pick apples (other fruits in summer), ride in a hay wagon to feed goats and llamas, play in the playground and in fall and see who in the family can make it through the corn maze the fastest.  Take home the farm’s jam and wines from the family vineyard.  Agriculture remains Niagara County’s top industry. There are 100 produce stands and farmers markets throughout the county. 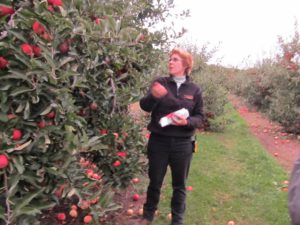 3.       Old Fort Niagara features the oldest original buildings on the Great Lakes and is the place to teach the kids a little history. The fort played an important role in the struggles of France, Great Britain, and the United States to control the Great Lakes region.  Especially in summer, there are battle demonstrations and living history programs, though the Fort is open all year. Come and learn about the Fort’s ghost at Halloween and celebrate the holidays with two special weekends in December.

4.       Whirlpool Jet Boat Tour offers an exciting ride two miles up the Niagara River through Class-Five rapids (as long as your kids are 44 inches tall.)  Over thousands of years, the currents of Niagara Falls have carved out a 7-mile gorge on the lower Niagara.  Hundreds of thousands of gallons of water flow over the Falls every minute and as that water enters the narrow rock gorge, it is compressed into the rapids that create this whitewater playground. If your gang loves roller coasters and water rides, this will be a hit.  Get ready to get drenched! 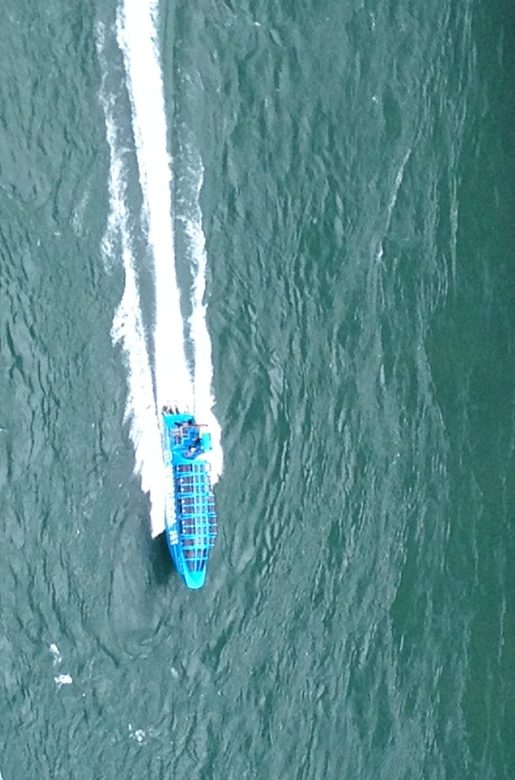 5.       The Herschell Carrousel Factory Museum in North Tonawanda is on the National Register of Historic Sites because it housed the carousel factory founded here in 1915.  Teach the kids how carrousels were first made. In spring and summer, you can ride the huge 1916 carousel with hand-carved horses. Check out the kiddie carousel designed and built for younger children to ride by themselves.

6.      Lockport, NY is the place to time-travel back in history with its Erie Canal Discovery Center, boat rides on the Erie Canal, historic fire equipment and homes as well as the chance to meet artisans at the Market Street Art Center. Before it gets cold, take in a movie at the Transit Drive-In, a fixture here since 1952.

7.      Historic Lewiston, NY  brags that it’s where Niagara Falls was born—12,000 years ago  We loved the chicken and veggies from nearby farms at Carmelo’s restaurant.

8.      The Lockport Cave and Underground Boat Ride in Lockport, NY  is the chance to learn the history of the famous Erie Canal,  walk (safely) through a water tunnel blasted out of solid rock  in the 1850s and even take a unique underground boat ride.  Walk or bike along the Erie Canal Towpath where mules once led boats through the canal.

9.       Murphy Orchards not only is known for growing seasonal fruits and veggies that you can pick but for the chance  to see the basement room that harbored  escaping slaves as part of the Underground Railroad.

10.    Niagara Wine Trail  now encompasses 18 wineries that showcase not only the wine but the Western, NY countryside. 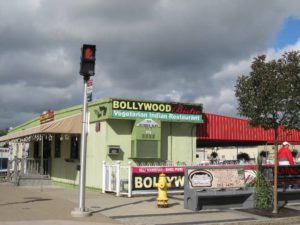 PS: If you like the cuisine of India, Niagara Falls USA may be your place.  We counted at least half a dozen Indian restaurants, including Bollywood and Punjabi Hut.  We also learned that Niagara Falls is a very popular destination with visitors from India, many of whom return multiple times.