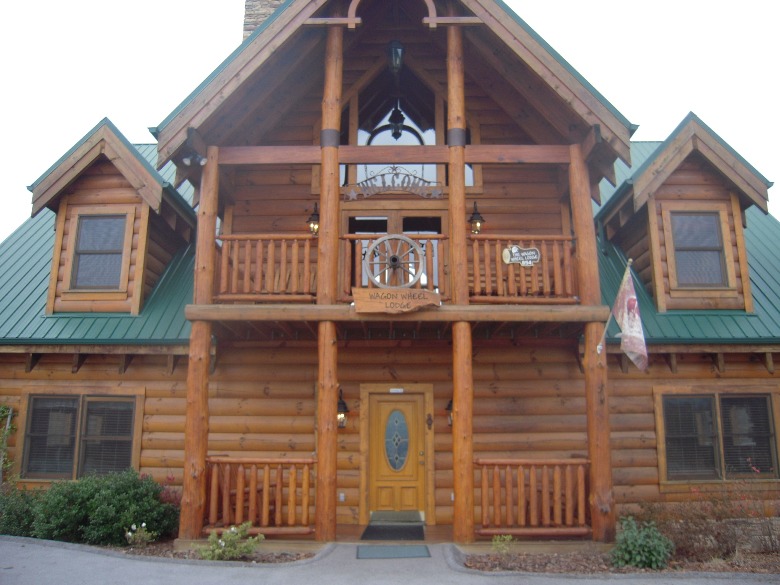 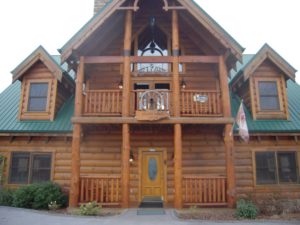 Check out the lights!

Four million—really–blue and green and clear ones on trees and buildings. Welcome to Dollywood. (www.dollywood.com).  Of course it is named for star Dolly Parton who grew up in a two room cabin not far from here, pigeon forge, TN—you can even see a replica of the cabin where she grew up with 11  brothers and sisters and it seems one bed.

The amusement park—which draws as many as 3 million visitors a year—draws something like 300,000 people just for their Smoky Mountains Christmas, complete with shows that are every bit as good as Broadway and draws families back every year (getting an entire 2010 pass for an extra 425!)

I’ve been coming for as long as I can remember,” said Justin Greer, who had brought his wife, kids and extended family from Mississippi. “It’s about getting the most for your dollar.”

I met another family who was taking their first extended family vacation in a decade—trading a Pensacola beach condo for a mountain pigeon forge cabin—and another family who are moving back to Florida after a year in Tennessee. “I feel like I haven’t done half the things on my list,” said Tamara Chilver, who had four kids with her between the ages of four months and fifteen years.

All around us were families enjoying the Christmas shows—from Babes in Toyland with the amazing Beijing acrobats (including some pint sized ones) to the traditional Christmas in the Smokies that has been here for the past nineteen years, drawing crowds of 1,ooo or more several times a day.

This is an amusement park unlike any other. There are the requisite rides—from the mini rides to the steam engine to the coasters but there is also the craft area where you can see glass blowers and blacksmiths and wagon makers and you can visit a replica of the two room cabin where Dolly Parton grew up as one of 12 children. I like that his park is all natural—an aviary for rescued Bald Eagles, with natural streams meandering through down from the mountains, where they serve the most amazing cinnamon bread and where, despite the economy, families make it a family tradition.

Earlier, I stopped at Wonder Works (www.wonderworkstn.com), which is kind of like a science museum on steroids—everything from a  simulated earthquake ride, to the chance to play virtual hockey, to lay down on a bed of nails. There are optical illusions the chance to virtually finger-paint on the wall, or fly to the moon—more than 120 hands on attractions. I like that you can  pay one price and leave and come back later—even getting a deal (kids free) on the dinner Hoot N’Holler Show.

That’s the thing about Pigeon Forge. You can spend the day hiking in the nation’s most visited national park just a few miles away or at Dolly Wood or a place like Wonder Works, all the while making family traditions.

And you can stay in an amazing huge log house with everything from hot tub to foosball and Jacuzzi tubs and bedrooms galore (Eagles ridge Resort www.1err.com).

Maybe you want to try the next best thing. Have you ever rolled down a hill in a giant ball. Here’s your chance–do it wet or dry in an attraction imported from New Zealand–a Zorb (www.zorb.com/smoky). I admit I was too chicken to try—rolling head over heels down a mountain strapped inside a giant rubber ball didn’t seem like my kind of fun—but it has appeal for a lot of people.

I was happy to see so many at Dollywood reveling in the shows, the lights, the funnel cakes and cinnamon bread, with kids in tow. Sounds silly, but the spirit of Christmas is all around. You can’t help but smile.  I can’t wait to visit again.