Plenty more for families to do while visiting the Cactus League 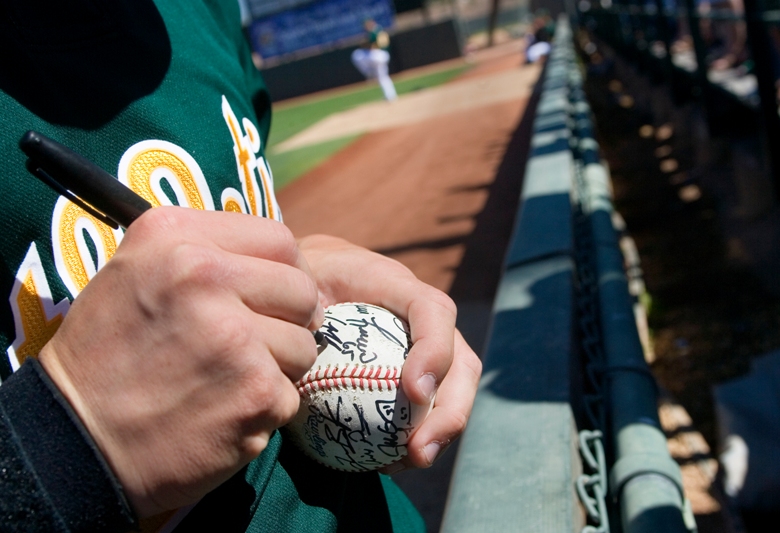 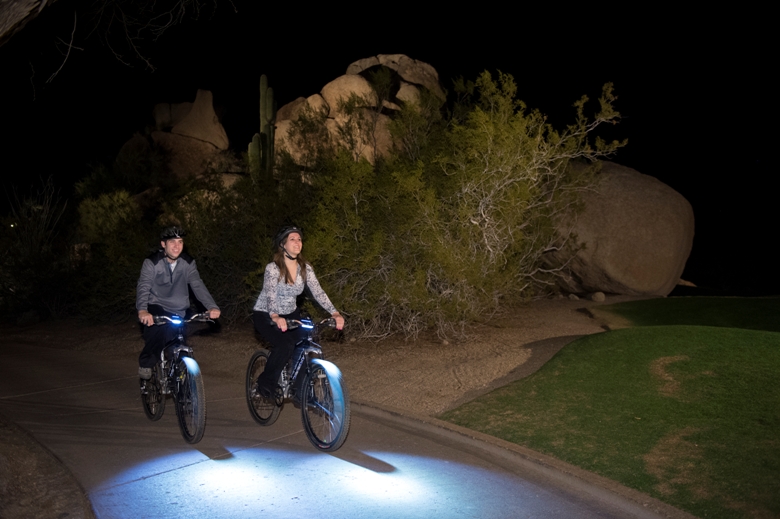 It is pitch-black and I am riding a bike through the Sonoran desert in Arizona.

Good thing my bike has a light and I’m on a paved trail — a golf cart trail at the expansive (some 1,300 acres) Boulders Resort in Scottsdale, known for its distinctive giant boulders that look like granite snowmen. The boulders have been here for millions of years and desert adventures — everything from stargazing to desert Jeep tours to climbing those amazing boulders — abound.

On one side of our trail is a manicured course (the Boulders boasts 36 holes of golf), but on the other is the desert — giant saguaro cactus, sprawling, desert bushes, ant hills and the occasional jack rabbit. Wow!

Sure March is all about baseball in Arizona — some 2.75 million visitors, 60 percent from outside Arizona, come to watch 15 major league teams get ready for the season through April 4, according to Mark Coronado, president of the Arizona Cactus League.

You won’t have to drive more than 50 miles to catch your favorite players at 10 stadiums with lawn tickets starting at just $8, you won’t feel guilty if the kids get bored and you need to leave before the 7th inning stretch. Maybe they’ll even score an autograph.

Oakland As autograph in Cactus League

Hotels and resorts in Phoenix and neighboring Scottsdale — there are some 500 hotels, including 40 big resorts — offer all kinds of packages and amenities. The Arizona Grand, for example, famous for its seven-acre Oasis Water Park and the only all-suite resort to feature an 18-hole golf course, is touting a $50 nightly resort credit. The all-suite Pointe Hilton Squaw Peak Resort at the base of the Phoenix Mountain Preserve, where I recently stayed and where kids love the half-mile lazy river, has ramped up its activities for families — everything from waterslide races to Wednesday night western hoedowns with live music, barbecue and dancing, poolside campfires and Sunday night trivia at the pool.

The Grand Canyon is less than four hours away, if you’ve got time for one of the wonders of the world. Did you know the average temperature in Phoenix is 72.6 degrees? According to the National Climatic Data Center, Phoenix gets more sun than any other major metropolitan area in the country — more than 300 days a year (85 percent of the time). Sounds pretty good as all I see are piles of snow outside my office window! Just make sure you slather on plenty of sunscreen and have hats and water bottles handy.

No wonder my son and cousins, including a 12-year-old little leaguer and his coach-dad are heading to Phoenix for a guys’ weekend later this month. For more Spring Break ideas, check out the Taking the Kids Spring Break Guide. The thing about Arizona and spring training, though, as I’ve discovered, is that there is plenty for everyone in the family, whether they are fans or not:

— TAKE A HIKE OR BIKE RIDE! Phoenix is home to the largest municipal park in North America. South Mountain Park and Preserve covers more than 16,500 acres and has more than 50 miles of hiking, biking and equestrian trails. Mountain bikers can climb to the top of McDowell Mountain then hurtle back down again; and climbers can leave their chalky handprints on the granite “hump” of Camelback Mountain. (I have to admit I didn’t make it to the top.)

— LEARN ABOUT NATIVE AMERICAN CULTURE. There are 22 Native American tribes here — more than in any other state. The Heard Museum of American Indian Art and History, arguably the city’s most famous, has an extensive collection of Native American artifacts focusing on the culture of American Indian tribes native to Arizona and the Colorado Plateau, including the largest kachina doll collection in the country. Kids will like the interactive “Every Picture Tells a Story” exhibit, which invites kids to try their hand at making their own art. Catch the Native Trails performance presented by the Fort McDowell Yavapai Nation and produced by the Scottsdale Center for the Performing Arts, at Scottsdale Civic Center Park during lunchtime festivals most Thursdays and Saturdays with the focus on passing on the tradition of American Indian music and dance.

— VISIT A UNIQUE MUSEUM. I’m a big fan of the Greater Phoenix’s newest museum, the Musical Instrument Museum, the first museum in the world dedicated to the celebration of global instruments. Its exhibits include music-making devices from 200 countries and territories. Kids will love the Experience Room where you can touch and play exotic instruments. The Hall of Flame Fire Museum features the world’s largest collection of fire-fighting equipment.

— TIME TRAVEL BACK to the “Old West” at Rawhide Western Town and Steakhouse, which offers tons of family-style entertainment for any age, including stagecoach rides, country music bands, cowboy gunfights, burro and camel rides, a petting zoo, over 20 specialty stores and more

— SEE THE BLOOMING CACTI at the Desert Botanical Garden, the world’s finest collection of arid-land plants from deserts around the world.

— HIT THE SPA. You have plenty to choose from and many treatments (think desert mud body wraps inspired by Native American traditions. Locals say hot stone massage was invented here. How about the Turquoise Wrap at the Golden Door Spa at the Boulders? I spent an indulgent time at the Camelback Inn Spa in Scottsdale overlooking Camelback Mountain. (Here’s what I wrote about that experience.)

— PLAY GOLF. There are more than 200 courses, including eight affordable municipal courses. Take your young golfers to the city’s Papago Golf Course where every hole has a good view of the famous red rocks.

Have a taco for me — and keep those new baseballs and markers handy for autographs.