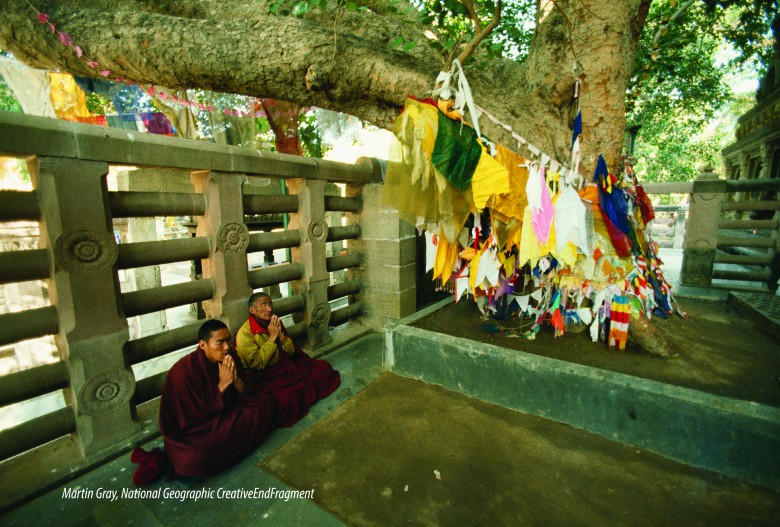 What is is  your sacred place?

The Children’s Museum of Indianapolis, the largest children’s museum in the world,  hopes to inspire children—and their families—to think about religion in new ways with the opening of National Geographic Sacred Journeys on Aug 29.

“My hope is that  we create awareness and respect,”  said Dr. Jeffrey Patchen, president and CEO of the museum.  He explained that developing this new exhibit has been a two-year process, with artifacts coming from across the city and around the world.  The exhibit, which will travel after it is here for six months, was created by the Children’s Museum of Indianapolis with the National Geographic Society and made possible by the Lilly Endowment, Inc.

Each year, more than 330 million people around the world journey to sacred places as part of a religious commitment. Recreated places, spaces and events here will I encourage young visitors and their adult companions to learn more about history and beliefs that may be unfamiliar  in the 7,000

There will be portions of the Dead Sea Scrolls  and souvenirs brought back from the pilgrimage Muslims are expected to make at least once.  There is a mezuzah and prayer book and shofar that former Astronaut  David Wolf, a native of Indianapolis, took into space and then donated to his family’s congregation.

The exhibit is being funded through a $1.25 million grant from Lilly Endowment Inc. and builds on the museum’s commitment to help children and their families learn about the world around them, said Dr. Christopher L. Coble, vice president for religion at Lilly Endowment.

Chris Carron, the director of collections,  gave me a preview—showing me some of the artifacts including Aboriginal art from Australia,  a trunk that belonged to Brigham Young with his initials  and a modern Seder plate.  “You don’t need to go to an exotic place to have a sacred journey,” he explained.  He hopes children will connect with the stories—like that of his fraternity brother  Victor Salomone who is from Malta and served as an alter boy at the Vatican when  he was 12.  The special sash he had along with the Vatican  altar boy vestments will be displayed.

Children will be able to make their own stained “glass” and create patterns for a Muslim tile.  They can check out the giant Ganesh elephant  coming from Mumbai  and the throne that was built for the Dalai Lama’s U.S. visit in 2010; A sand mandala  will be created by Buddhist monks at the museum.

The staff here worked closely with local religious leaders and a national panel of academic scholars in the fields of humanities, theology, cultures and religious studies to ensure that the most authentic artifacts, texts were selected and used appropriately to be understood by families who are coming with diverse perspectives

There will be National Geographic  photos on display as well of sacred sites.  To have all of these different artifacts in the same room is extraordinary, Carron  said. “The idea is to get conversation started.  We want visitors to talk to the people they are close to about what they believe.”

If that happens, he said, “Then we’ve done our job.”