Remembering a memorable sailing trip and lobsters on Anegada 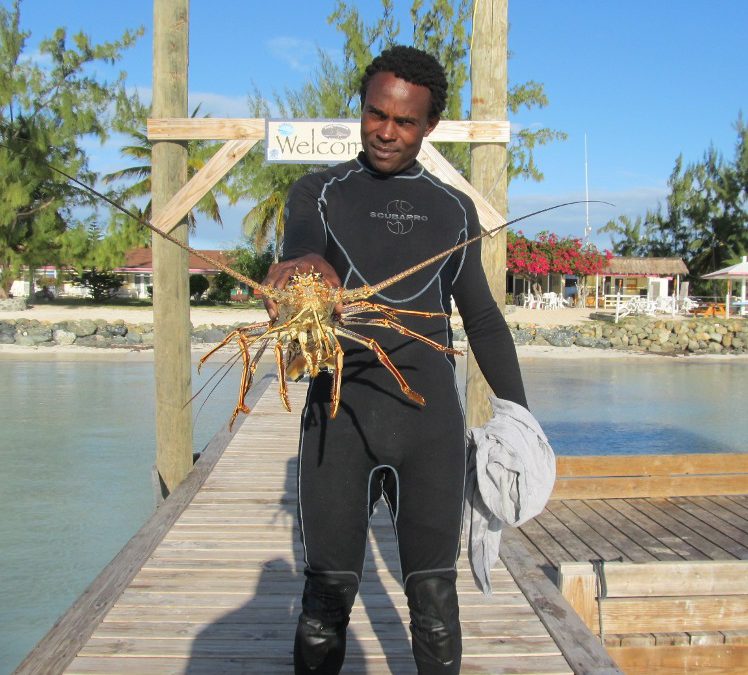 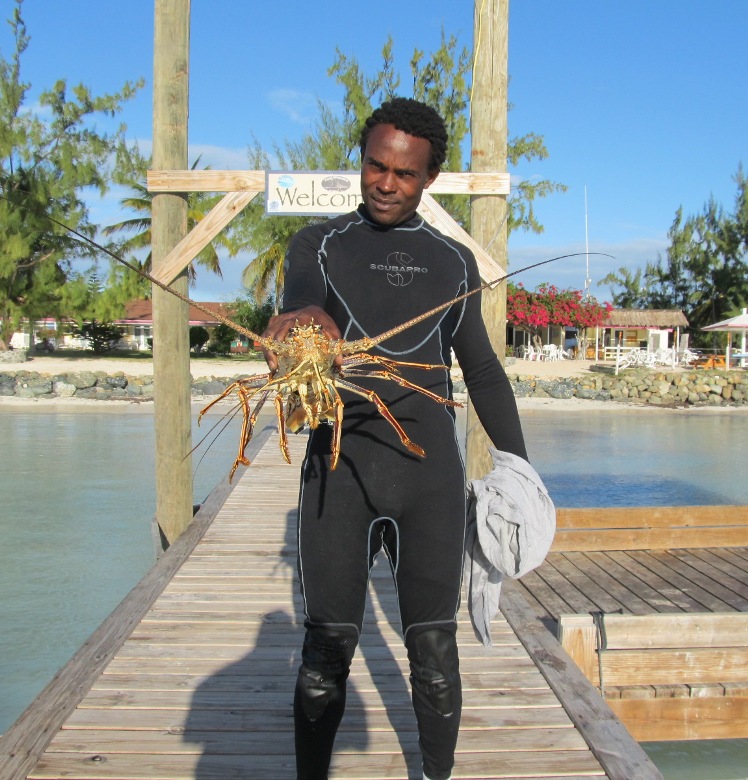 We’ve moored our sailboat just off shore of the small island of Anegada in the British Virgin Islands with about two dozen other sail boats and motor in on our dingy at 7 p.m. for dinner. We order wine and we eat barefoot in the sand—fresh baked rolls, salads and baked potatoes along with the spectacular Anegada lobsters, fish and ribs—a bargain at $52 for a lobster dinner, about half for the other entrees.

This island—just 3 miles wide at its widest point—is famous for its lobsters that many fisherman here catch by free diving as deep as 60 feet.  Sailors like us (we’ve been sailing around the BVI on a Moorings charter Catamaran) make the trip here for the lobsters as well as the beautiful empty, wind-swept beaches.

“People tell us this is the way the Caribbean used to be,” says Lawrence Wheatley, who with his sister Lorraine and their mom runs the 16-room Anegada Reef Hotel and its bustling restaurant.

“People tell us this is the way the Caribbean used to be,” says Lawrence Wheatley, who with his sister Lorraine and their mom runs the 16-room Anegada Reef Hotel and its bustling restaurant where diners feast on the 2+ pound lobsters and fresh fish nightly.   The business had been started by their dad Lowell more than 30 years ago; the next generation took it over after he died in a tragic accident a decade ago.

At the Anegada Reef Hotel—the oldest and largest (though just 16 rooms)  of the  handful along the beach here—the orders have to be in for the lobster dinners by 4 p.m. “That’s when we take the lobsters  out of the water,”  explains  33 year old Lawrence Wheatley, who was home from college just two weeks when his father died. Lawrence Wheatley always knew he wanted to join and eventually run the business but not the way it happened.

Lorraine Wheatley was still in Florida, working on a graduate degree, and Lawrence went from newly minted college grad to running the show. “I was here by myself for two years working 18 hours a day nonstop,” said Wheatley, now the father of five young sons.

The BVI is an archipelago of some 50 islands. Sailors—especially novice sailors—love it here because you are rarely out of site of land. Anegada is the exception. It is an exhilarating 13 mile sail from the North Sound of Virgin Gorda—about 3.5 hours.  This is the most northern island in the BVI about 45 miles from St Thomas and famous for its reef, deserted beaches, deep sea fishing (the hotel will cook your catch), bone fishing (which the hotel can organize) and laid back atmosphere as it is its lobster. Anegada is an island of coral sand, and its beaches are reputed to be the loveliest in the Caribbean.  There’s no fighting over beach chairs here.

It couldn’t be more different from other islands with their manicured resorts. The rooms at the Anegada Reef hotel, though far from inexpensive (upwards of $400 a night including breakfast and dinner) are simple rather than luxurious. “People come here for the peace and quit,” says Lorraine Wheatley.  “It’s a way of life.”

We make sure to get our order in for lobsters as well as locally caught yellow fin tuna—part of a 70-pound fish Wheatley had caught the previous day—and some ribs.

Wheatley, who has been allergic to lobster since he was a boy, says the Caribbean lobsters (different from Main lobsters in that they are spiny and lack the huge Maine claws) are known to be sweeter as well as larger than what we are used to.  He’s right.

Wheatley explains the lobsters are killed by cutting them in half with a machete, brushed with freshly made garlic butter, wrapped in foil and then cooked on huge grills. The restaurant averages 50 dinners a night.

The next morning, Wheatley and his two-year-old son Alex drive us around the island over to Lobllolly Beach (you can take a round trip shuttle for $10 a person),  famous for its snorkeling. Truth be told, because of swells in recent days, we didn’t see too much sea life.

But the beach is everything you imagine a Caribbean beach should be—thatched roofs shading the rough wooden benches stretched in a line and more than a mile of white sand, blue green water and very few people. We stop for drinks at the open-air Big Bamboo where a pet baby goat named Charlie charms us all.