Remembering a special small cruise in Alaska’s Inside Passage 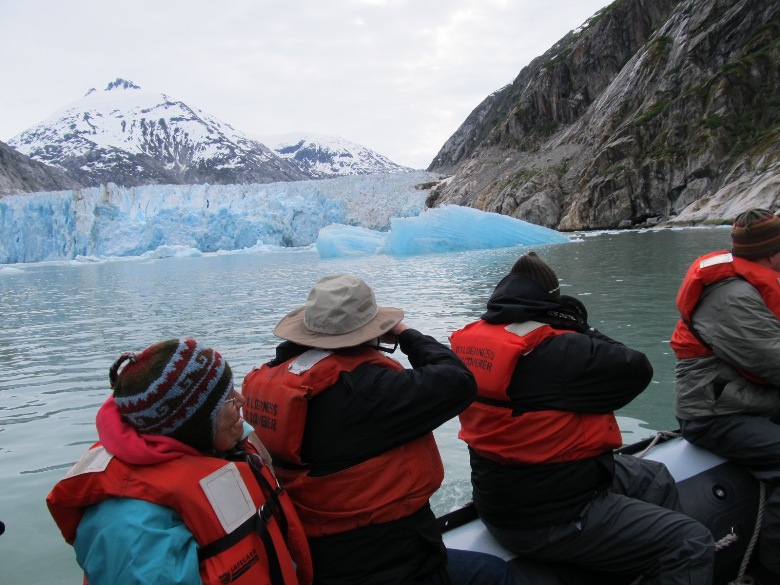 We’re about a half mile from the Dawes Glacier in what is called Endicott Arm in Southeast Alaska  watching the glacier calve from a skiff driven by Captain Dano Quinn of the small ship Wilderness Explorer, operated by Un-Cruise Adventures, (formerly InnerSea Discoveries).

I wouldn’t have thought this trip would have been easy for someone with special challenges but Kirsty y Digger  said she was able to see a lot of Alaska from this vantage point especially in the kayaks and skiffs that loaded right from the boat. “I didn’t think I would be able to see as much of Alaska on a big ship,” she explained.