Remembering the long goodbyes as we took our kids to college 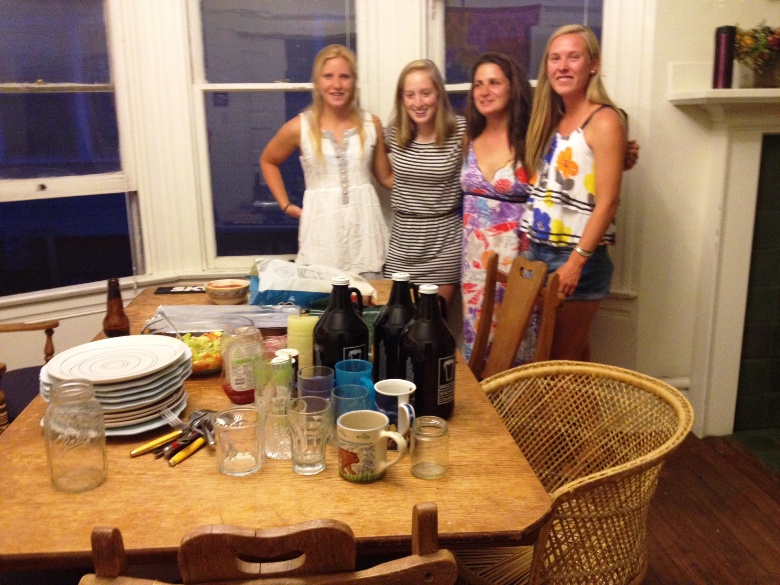 “Are you going to cry, Mom?” my son Matt  had asked me when we boarded the flight to take him to California to college.

Seven years later, as we were again winging west taking our third and youngest child to college, I remembered Matt’s question.   I knew the weekend would be stressful, not to mention an emotional rollercoaster — just like the admissions process.

Two parents, five overweight bags and a college-bound daughter about to burst into tears. Talk about a stressful beginning to the Long Goodbye.

We’d opted to fly Southwest Airlines to bring my daughter Mel to college because we each could bring two bags free. I hadn’t bargained on them being so heavy. I should have weighed them, I thought ruefully, as we frantically rearranged shoes, books and jeans.

Luckily, Mel had an extra backpack stashed in the largest duffel. Luckily, the ticket agent was patient. Luckily, those behind us were kind. In the end, we didn’t have to pay for a single overweight bag.

One thing I had learned. Like all of those other big parenting moments, it won’t go exactly the way we hope.  Parents who expect one picture-perfect memorable moment after another will invariably be disappointed — just like the time when the kids whined at Disney World, or it rained in Hawaii. I just hope for a minimum of histrionics.

First stop, of course, was Bed Bath & Beyond. (Good thing I had a stack of 20 percent off coupons with me and that we had pre-ordered a lot of essentials from the store back home.) The store, like the hotel, was crowded with freshmen pushing loaded carts, parents trailing behind, presumably with credit cards in hand.

Then came the hard part—moving in.  It took nearly an hour of screwing, unscrewing, tugging and hammering to raise the beds and move the furniture to maximize the floor space. By the time we left—and after a run to the grocery, nursery for plants for the window, and thrift shop for a bike, we were exhausted but the girls’ beds were made with bright orange and turquoise sheets, clothes were hung in the closets and the room was beginning to seem like home, especially when the girls put up pictures—far more of their friends than families.

The next day, Mel and her floor mates headed to sessions for new students while we had a schedule of our own on campus where we covered topics like “parenting at a distance” and had meet-and-greats with professors and administrators.

But all too soon, it was time to go. Be prepared that your child may want to get rid of you as quickly as possible. (Remember middle school?)

Sure, we deserve better (at least a heartfelt “thanks, Mom and Dad”) after helping them navigate the college-application process, calming their I’ll-never-get-accepted-anywhere jitters, helping them survive the rejections and celebrate the acceptances, and, of course, agreeing to foot the bill for their higher education.

“Group Hug!”  Mel said pulling her arms around us as we got ready to leave.

This time, I wiped away tears. Her dad did too. Mel just grinned.

Three years later, as Mel enters her senior year, she’s moved from dorm to house and to house without even a phone call, much less our presence.

A few weeks ago, in fact, she showed off the house where she’d been living all summer and where she’d spend her senior and—hard to believe—final year in college.

This time, there were no frantic runs to stores and no moving furniture.  There weren’t any tears either.

Smiles all around—especially ours as we count down to the last tuition bills.

PS: If your child is enrolling at a campus near a Sonesta Hotel, the chain is offering Sonesta Club U, a program for parents visiting college campuses throughout the year. It offers 20% off overnight accommodations, discounts on parking, maps and information about area colleges, lists of area resources for students and preferred reservations options for graduation dates for its members at participating Sonesta Hotels in the U.S. and the Caribbean.