Second acts: a century in the making 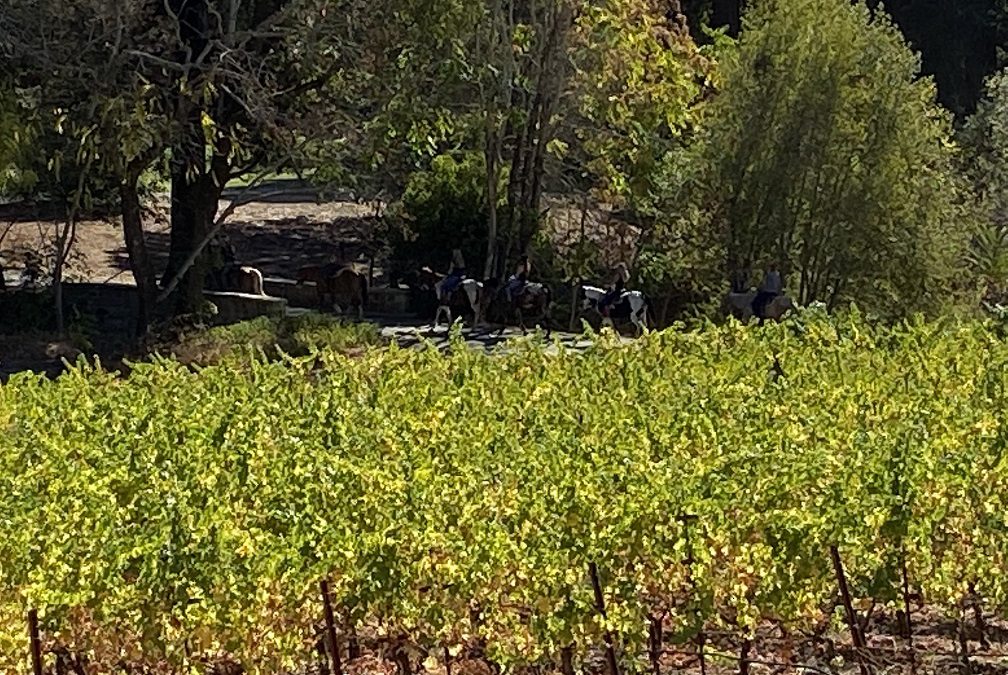 SONOMA, CA — Antonia Bartholomew wasn’t sure what to make of the birthday present from her husband.

Frank Bartholomew, a United Press war correspondent, handed Antonia a deed for a run down 500-acre ranch in Sonoma, CA and then returned to cover World War II in the Pacific.

That was in 1943. The Bartholomews subsequently learned the property had great historical significance—the land was actually the original estate of Agoston Haraszthy,  a flamboyant Hungarian American who was said to be the father of the California wine industry. Haraszthy planted his grapes in 1856, offering practical advice for planting vines and making wines, becoming a very early leader and spokesman for California wine making.

But the infestation of phylloxera , a vine killing root louse, devastated his Buena Vista vineyards as it did others in California and France later in the 19th Century. The vineyard was abandoned. Over subsequent years, the buildings were used to keep and breed carriage horses, as a resort, and as a state home for the rehabilitation of prostitutes “through fresh air and healthful surroundings.”

By the time Frank Bartholomew bought the property in 1943 at a state auction, the vineyards had lain dormant for many decades. It took a while—and consultation with experts—before Antonia Bartholomew learned the history of the property and made it the couple’s mission to make sure their land was recognized as the place the California wine Industry began.

The couple restored the property, replanted the vineyards and reopened the Buena Vista Winery in 1949 to great success, ultimately selling Buena Vista and a small parcel of their property.

Frank, known as “Bart” to his colleagues and friends, went on to become president and chairman of the board of United Press, presiding over its merger with International New Service (INS) to become UPI in 1958. Bart died in 1985, sadly as UPI was an early victim of the financial struggles facing what’s left of the old news industry.

Full disclosure, my husband Andy Yemma, worked for UPI from 1972-1984 and still considers them the best years of his professional life.

We all should be glad they kept the vineyards and the beautiful 375 acres—close to busy Sonoma Plaza yet a bucolic world away.  We should also be glad they never had children.

The Bartholomews set up the Bartholomew Foundation to reserve the property as a private park—kid and pooch friendly, a place for picnics and walks with three miles of hiking trails, places to horseback ride or bike. But part of the mandate of the foundation was to ensure the legacy and importance of the site as the place the California Wine Industry began.  To that end,  they wanted a winery on the site.

After leasing winery operations for many years, the Foundation partnered with a wine maker to form Bartholomew Estate Vineyards and Winery, which just rebranded in 2019, now controlling the process from farming the organic vineyards to bottling the excellent wine just 2500 cases a year.

We sat tasting wine adjacent to the vineyards. The Foundation is co-owner and their profits go directly to support the park. That means when you purchase wine here—as we did—you are helping to ensure the future of the park.  (There are a Sauvignon Blanc, Rose and several reds  including “Bart’s Calling” which donates $5 of every bottle sold to a local scholarship program. The Foundation supports school local artists as well.

The wine is only sold locally and through their wine club, which will also send your pooch a gift with each shipment.

“The whole park is giving back to the community, said Michelle Hogan, the winery marketing director, “The Park has so many memories for families here…It’s a magical place.”