See you in Times Square 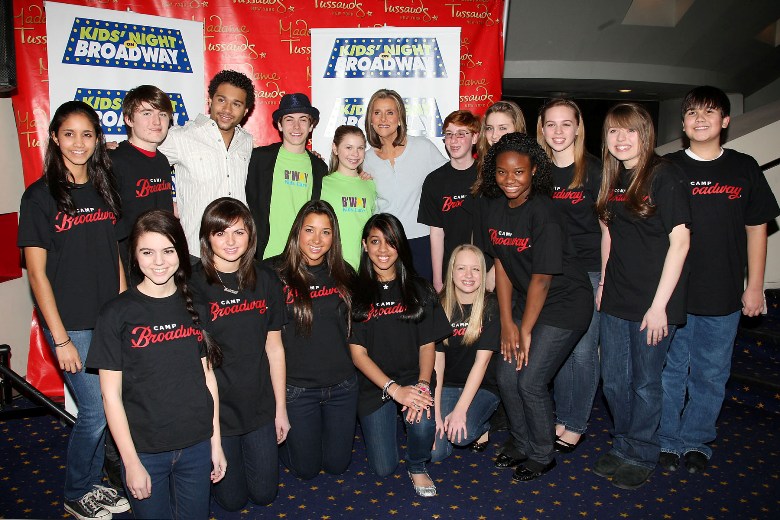 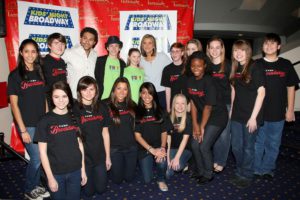 Not really. I’m in a darkened Broadway theater watching the new Tony-nominated musical “Memphis” (nominated for eight awards!), which tells the story of what happens in the segregated South when a young white DJ named Huey Calhoun, played by Chad Kimball, falls for “Negro” music and a terrifically talented black singer named Felicia Farrell, played by Montego Glover (www.memphisthemusical.com ). Though I feel as if I’ve been transported back to the Memphis of 60 years ago, to the black clubs of the old South where races didn’t mix — or even listen to each other’s music — for fear of violence. Memphis chronicles how these two volatile forces — race and music — came together to usher in the golden age of rock ‘n’ roll.

I can see why the first lady Michelle Obama brought her girls and her mom to see this musical. It’s terrific when you can be entertained and teach the kids an important lesson about history at the same time. The performances are first rate as are the sets, costumes and, of course, the music — a brand-new score with music by David Bryan, keyboardist for Bon Jovi, and lyrics by Joe DiPietro and Bryan.

It’s a production that can’t help but inspire discussion with the kids about race relations, how far we’ve come in the last 60 years and how far we still need to go. I’ve recommended this show to everyone!

On a recent N.Y. visit, we had a first-rate dinner at Rouge Tomate (www.rougetomatenyc.com ), a sleek restaurant just off Madison Avenue, which teens will love because it evokes “Gossip Girl” (in fact an episode was filmed here). The restaurant offers a three-course pre-theater dinner for $45, pretty good by NYC standards, and supports local farms, fisheries and producers and works hard to craft dishes that are delicious and nutritious. The kids won’t even know they’re eating healthy! We then headed out to a different kind of theatrical experience.

We went to see “The Addams Family” (www.theaddamsfamilymusical.com ) the new musical starring Nathan Lane and Bebe Neuwirth as Gomez and Morticia Addams. The show, based on the bizarre family created by cartoonist Charles Addams in the New Yorker magazine, was soundly panned by the critics but is drawing sellout crowds.

Every parent of teens can relate to the story — what happens when a daughter grows up and falls in love with a boy who they worry won’t fit in with the family — in this case because he is so normal; he’s from Ohio in fact. Wednesday Addams warns her parents not to embarrass her when his family comes to dinner. How many of us have heard that lament?

Clearly, the audience didn’t care a bit what the critics had to say. Tickets are flying out the door and everyone snapped their fingers and clapped along with the familiar theme music from the memorable TV series. Yes it was campy and silly but it also touched on some universal themes. You couldn’t help but have a good time when the stars were so obviously enjoying themselves right along with the audience, singing and dancing with their family ghosts, struggling to find some common ground with the boyfriend’s family, the Beinekes. At let’s not forget the Addams’ wacky relatives — Grandma, Uncle Fester, who is in love with the moon — literally and Pugsley Addams, who wants to do all he can to interrupt his big sister’s romance so that she will continue to torture him.

We couldn’t help but smile. Every visit to New York City, I think, should include an afternoon or evening on Broadway (www.ilovenytheater.com) — whether you take your teens to see “In the Heights” (www.intheheightsthemusical.com ), “Hair” (www.hairbroadway.com ) or “Green Day’s American Idiot” (www.americanidiotonbroadway.com ) or take your tweens — especially girls– to see “Wicked” (www.wickedthemusical.com ), young boys to see “Billy Elliot” (www.billyelliotbroadway.com) or even younger kids (six and older, the experts suggest) to see “Mary Poppins” (www.marypoppins.com ) or “The Lion King” (www.lionking.com ). Also consider taking the younger ones to children’s theater productions, like the excellent New Victory Theater (www.newvictory.org ). Yes, Broadway is expensive, but you don’t have to opt for the priciest seats and wherever you sit it will be one of the most memorable parts of your visit, I guarantee.

Also, check out Kids’ Night on Broadway (www.kidsnightonbroadway.com ) for the dates each month when a child — up to 18 — can get special offers and a free ticket with each adult ticket purchased at the official ticket sites www.telecharge.com  and www.ticketmaster.com . You can also stop in at the TKTS Discount Booths (www.tdf.org/tkts ) for discounted same-day tickets.

Going to the theater “Requires kids’ total attention, they have to put down their cell phones and stop texting,” says Susan Lee, an executive with the Nederlander producing company and founder of Camp Broadway (www.campbroadway.com ), a week-long summer program designed to give kids a behind-the-scenes glimpse of a Broadway production, taught by theater professionals. “Taking the kids to the theater is one of those things where you can go and have a shared experience,” she says. “You don’t get that lifelong memory from going to a movie.”

Expect additional security in the area since the May 1 bomb scare.

If you’re staying nearby, check out (www.nycgo.com ) for the latest hotel deals or snag a short-term apartment on craigslist.com  or www.vrbo.com . We opted for the new 155-room Distrikt Hotel (www.Distrikthotel.com ) on West 40th Street near 9th Avenue, a half-block from the subway. I liked that it was small with a friendly staff, comfortable beds and complimentary WiFi at a price starting at $189 — significantly less than many other Times Square hotels charge. I also liked that the hotel is green — the heat and AC in the rooms adjust automatically when you walk in and out.

Just one caution: There is considerable construction on the street and you may not be comfortable here with young kids. Teens will love it.

You’ll love watching their faces when they watch a Broadway curtain go up for the first time.