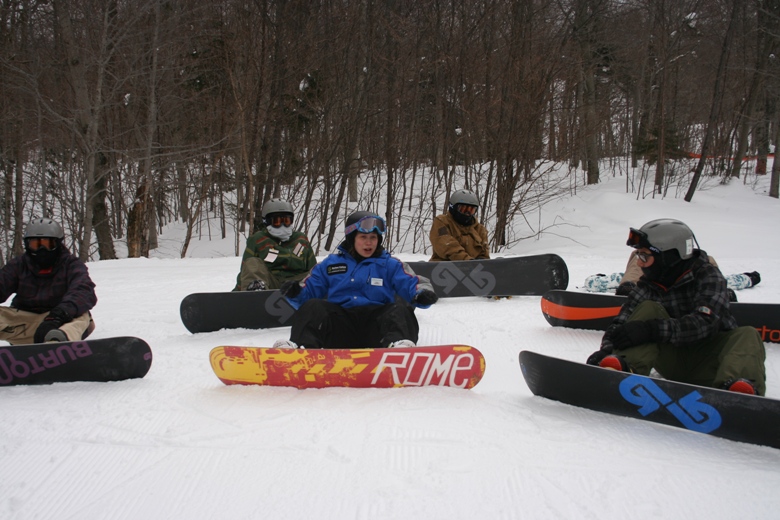 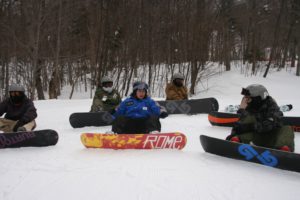 Step out of your comfort zone and you’ll be amazed at what you can do.

Who would have thought snowboarding could teach kids such life lessons. But that’s exactly the point of CHILL (www.chill.org), the foundation started by Jake Burton Carpenter, the founder of Burton Snowboards and recognized pioneer of the industry and his wife Donna.

The couple decided they wanted to introduce snowboarding to kids who otherwise would never have the opportunity. As a result, CHILL was started here at Bolton Valley in Vermont (www.BoltonValley.com) more than 15 years ago with just a handful of kids.

Since then, thanks to partnerships with ski resorts and private donations, it has reached thousands of kids in a dozen North American cities and those as far away as Australia and Austria—some 1300 each ski season participate in the six-week program, according to Chill’s new executive director June Heston, who hung up her skis and started to learn to snowboard when she took over.

These kids may look like any group of young snowboarders decked out in the latest Burton gear. “You can see them stand taller,” Heston said. But looks, as we know, can be deceiving. They can’t afford snow sports or the gear, much less bus fare to the mountain. In fact, some live in homeless shelters, others live in group homes around Burlington, Vt., about a half-hour’s drive from this locally-owned ski area. Some have been in trouble with the law; some have parents in prison.

But for a few hours each week for six weeks during the winter, kids between the ages of 10 to 18 can forget all of that and see what is possible rather than obstacles. They’ve been referred by local agencies, are bused to a mountain near where they live, outfitted from head to toe and taught to snowboard. They’re also taught plenty of life lessons along the way. Snowboarding is just the vehicle to help these kids find success and ultimately build self esteem.

“When I started I didn’t know what I was doing,” said Andres Camilo,  who participated in CHILL in 2004 and now works for The Burton Corporation.”It was only after reflecting on the whole experience did I realize what I was able to accomplish. The most important lesson I learned was to never give up on your goals in life, no matter what!”

Each week, a different lesson is stressed on the bus and on the mountain, where the kids are taught here in Vermont by Bolton Valley instructors. They learn patience their first time on the mountain and persistence, responsibility for others and for their equipment, courage, respect and in the end, pride at what they have accomplished.

“To see what is possible when they get out of their comfort zone is the most important lesson,” observes Jen Ringrose, the Americorps volunteer who is working with the CHILL students in Burlington this winter. In Colorado, there is an even larger effort — SOS Outreach (www.sosoutreach.org) — that involves skiing as well as riding.

Clearly, these programs are doing something right. The kids’ social workers and counselors report a dramatic improvement in their schoolwork and behavior. “It really makes a difference when people encourage you,” one CHILL participant told me.

That’s true for the new-to-snowboarding crew I’ve brought up to Bolton Valley one recent weekend, thanks to CHILL and Bolton Valley. These five inner-city teens are all achievers, selected by the national program called A Better Chance (www.ABetterchance.org) to attend high school in my suburban Connecticut community. They all live in a group house supervised by house parents and attend our local high school in some cases across the country from their homes. The boys spend weekends with local families, including mine.

But they wouldn’t have the opportunity to try snow sports if Bolton Valley hadn’t extended an invitation for us to visit, providing everything from rooms to food, snowboards, helmets and even goggles as well as enthusiastic young instructors; CHILL provided jackets, ski pants and gloves.

Jen Ringrose gave up a Saturday to teach alongside Bolton’s instructors, encouraging the guys. “This makes them see what is possible when they try new things,” she said. “It also teaches them to work for what they want.”

That might be turning on their snowboard or landing a first jump or doing a trick in the terrain park. It might be getting a better grade or working harder to make the basketball team.

“Our instructors gave us the support we needed to not be afraid of failing and that enabled us to relax and do tricky stuff which added to the experience,” said Emerson Lovell, a high school junior. “It was a phenomenal weekend.”

Such programs are just as beneficial to the snow sports industry as they are to underserved youngsters. “Anything we can do to introduce a new group to the sport is a good thing,” says George Potter, president of Bolton Valley. He adds that they are also seeing possibilities for careers and jobs in the hospitality industry they might not have considered.

“Sure you hope they’ll become lifelong snowboarders,” agrees Larry Williams, one of the local owners of Bolton Valley, a low-key, mid-sized area that appeals to local families because it is so affordable (lift tickets $30 less than other major Vermont areas).  But the reality, he adds, is that “Bolton Valley is a community mountain and this is a good thing for us to do for our community.”

In this economy, ski resorts are doing all they can to draw in customers and to introduce the next generation to snow sports — free lodging nights, free lift tickets and free lessons.

But it is tough to encourage minorities –Hispanics account for just 2.2 percent and African Americans 1.4 percent of those participating, according to the National Ski Areas Association.  “Almost every ski area has outreach,” says Michael Berry, president of the NSAA , but, he concedes, snow sports are expensive and can be a hard sell to those not familiar with the joy of racing down a mountain on skis or flying over a jump on a snowboard. “It’s about comfort,” he says.

Programs like Chill could reach more kids if there was more funding, June Heston acknowledges, but funding in this economic climate is tough, as it is for all non profits. For the first time, CHILL is holding a major fund raiser at Stratton Mountain Resort (www.stratton.com) during the US Open Snowboarding Championships the weekend of March 12. CHILL participants from around the country will be on hand, hopefully to show those in the snowboarding industry what can be achieved and to encourage their support.

At Bolton Valley, I watch our boys laugh as they try to navigate turns on the bunny hill. Soon they’re going up the mountain, having a terrific time. Some are doing so well they opt not to take a lesson the second day.

“The reason the trip was so much fun was because we were able to step out of our comfort zone and experience something in which we could let loose and have fun,” said high school freshman Khaliq Sanda.

Added junior Emerson Lovell: “I learned to have faith in myself and if I fall, to get back up again.”