Seeing what’s new in the Big Apple this summer 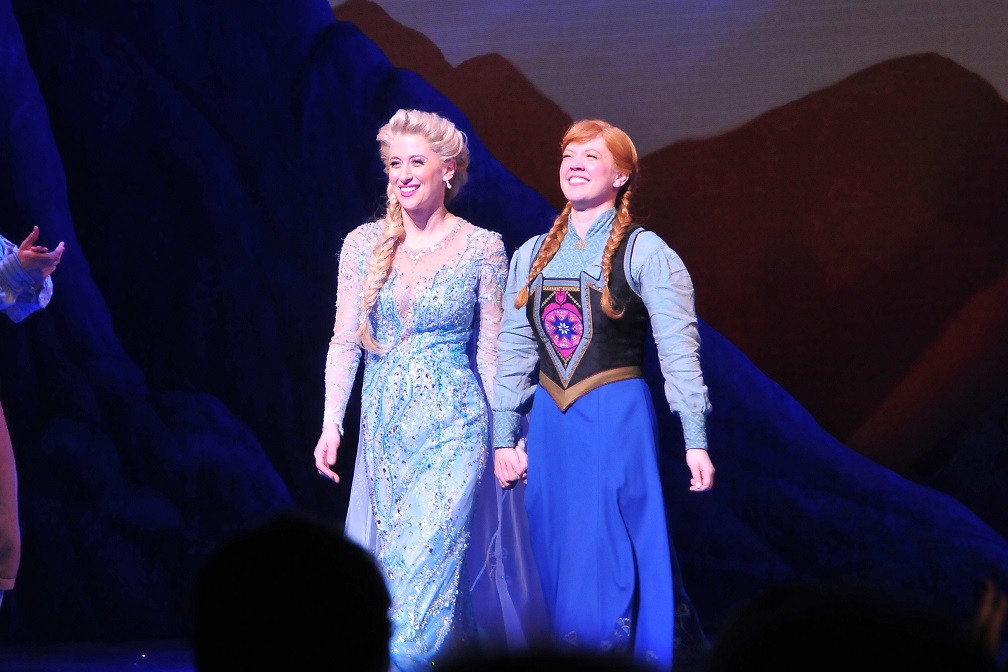 “Frozen The Broadway Musical” has been breaking house records on Broadway

Not only can you experience the largest interactive museum of miniatures in the world — more than 1,000 trains, 12,000 wagons, 10,000 cars and trucks and 100,000 people — but now, thanks to 3-D printing, you can have yourself scanned so that a mini version of your family can be permanently included in the displays.

Welcome to Gulliver’s Gate, in the heart of New York City’s Times Square, with built-to-scale cities and regions, including New York, the Middle East, Europe, Britain, Niagara Falls, Russia, South America and Asia, and iconic landmarks, including the Hoover Dam, the Colosseum, the Great Pyramids and the Great Wall of China, all 87 times smaller than real life. (Timed entry tickets are $31; a Flex ticket, valid anytime, is $41 and also gives you front-of-the-line access.)

New Yorkers once avoided Times Square, except on their way to dinner and a Broadway show. Years ago the area just wasn’t safe, though more recently it has become a Mecca for tourists (a record-breaking 62.5 million visited in 2017, with typically 20 percent being families) and one of the most crowded spots in Manhattan. Ask any stage-struck teen where they want to go most and it likely will be Broadway; ditto for little girls who can’t stop singing “Let it Go,” now that Disney’s “Frozen” has opened on The Great White Way. (The musical has been breaking house records. Not even tepid reviews are keeping families away.) Families are also flocking to the Tony-nominated musicals “Mean Girls” and “SpongeBob SquarePants.” Times Square is also the place for the kitschy souvenirs kids love — everything from a mini Statue of Liberty to I Love NY key chains. (According to a new Marriott International study, many vacationers are opting for city lights with The Big Apple at the top of the list.)

And now, in addition to Gulliver’s Gate, there are other new attractions bringing New Yorkers, as well as tourists, to the area. (The new edition of my Kid’s Guide to NYC will encourage the kids to lead the way. Also, check out our 51 Great Ideas Fort Your Best Family Summer Vacation.)

Discover your inner spy while you dodge lasers, crack codes and look for liars at SPYSCAPE. At 60,000 square feet and just west of the Theater District (55th Street on Eighth Avenue) it’s the largest interactive spy museum in the country. The museum’s interior was designed by David Adjaye, the architect of the National Museum of African American History and Culture in Washington, D.C. “I thought that spy stories were really a thing of the ’70s,” Adjaye told the New York Times, “and here we are at this time, that actually spying is back.”

Perhaps, given the never-ending news these days about hacking, collusion and poisoning of former spies, there is no better time to explore this world with real-life stories like that of those who famously cracked the German Enigma Code during World War II. You can see a machine they used and try your hand on a replica. How good a spy would your kids make? How good a liar are you? ($39; $32 for kids).

“It was so real!” a grandmother told me after visiting National Geographic Encounter: Ocean Odyssey. Think of it as an aquarium of the future — cutting-edge technology to take you on an underwater journey from the South Pacific to the coast of California. But rather than see the animals out of their original habitats, the technology allows you to visit theirs. “Swim” through a kelp forest and get face to face with a 50-foot humpback whale. At one point, stomp on the floor and the fish will swim away. The hope is to inspire people to make a difference with such “entertainment with purpose.” (A Tip: Buy tickets in advance to get the entrance slot you want. A four-ticket family package is the best deal at $99, but with limited availability; $39.50 for a ticket with reserved entry.)

Football fanatics, meanwhile, are flocking to the NFL Experience Times Square. A partnership between the NFL and Cirque du Soleil Entertainment Group has resulted in an enormously popular attraction — 40,000 square feet and four floors at the corner of West 47th Street and 7th Avenue — touted as the most interactive and extensive football experience anywhere.

The idea is that you will be transported into a game, from the practice field to the Super Bowl. How do you measure up? Learn game strategy and experience the action in the 4-D movie theater where special effects will bring you on the field, complete with motion seats that recreate stadium smells and movement from the plays. In “The 32’s” exhibit, fans can vote for their favorite players and even take a tour through all 32 teams. The Equipment Room lets you measure your skills with digital and physical tracking activities. (How does your son’s or daughter’s jump compare?) You can “Suit Up,” thanks to digital face-tracking technology and “Huddle UP,” which puts you inside the team huddle. You can even take the “Quarterback Challenge” — can you pass the football to the receiver? (Fans may think this is a bargain at $39.)

You will also find plenty of outdoor concerts in New York all summer, but country music fans will want to check out the Opry City Stage, a gargantuan (27,000-square-foot entertainment complex dedicated to country music and food. Besides live music, real-time performances from the Opry in Nashville are streamed live and the Bluebird Café Songwriter Series showcases songwriters. This is a great place to bring your young songwriters!

Have a hot pretzel for me!