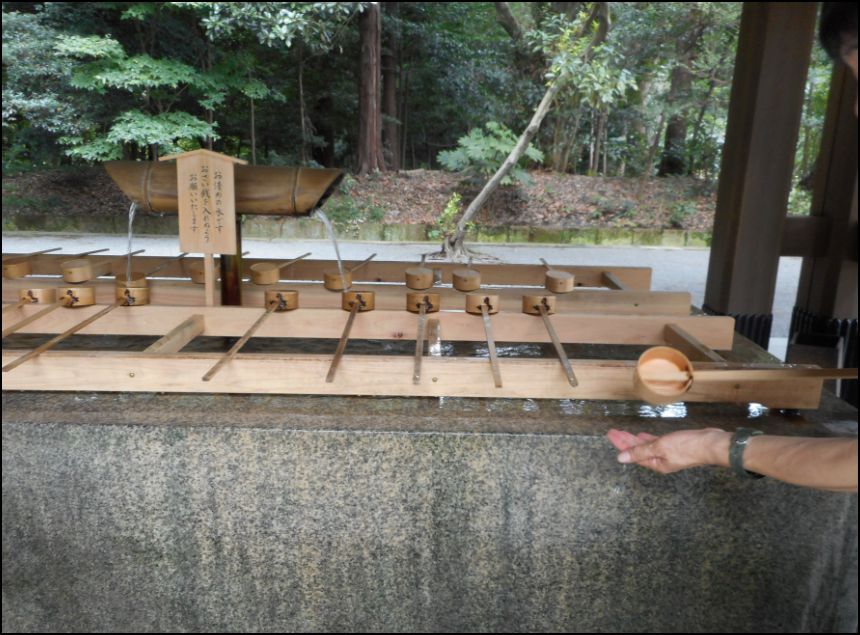 There’s shop after shop of kitchen wares—ceramic sake cups, wooden bowls for miso soup, colorful bowls for rice, all varieties of chop sticks and of course hand-made Japanese knives that will be engraved on the spot with your name in Japanese. And everything is a bargain!

What more could an enthusiastic cook want? Welcome to Tokyo’s Kitchen Town, the Kappabashi DouguGai neighborhood were professional chefs and visiting cooks alike come to shop.

Tokyo tourism officials lament that though they are the world’s second largest city with 13 million residents (17 million if you count Yokohama), tourists typically spend just a few days here.

Still, just between January and July, nearly 605,000 Americans visited Japan—an increase of 15 per cent—and  that includes families with children, perhaps drawn by their interest in Manga art, Japanese Anime, Ninja and of course, sushi and ramen, which incidentally first came from China.

There’s lots for families to do, whatever the ages of the kids—from Shinjuku Central Park with a splash pool and weekend flea markets, the Cup Noodles Museum in Yokohama, the Edo Tokyo Museum which offers a visual look at Japan’s history.  There’s even the Oedo Onsen Monogatari (Odaiba) Tokyo’s hot spring theme park with natural hot springs, games, live shows and of course Japanese food.

There’s the Ghibli Museum with the characters of the famous  animation studio Studio Ghibli  the  big  Pokemon Center store  .Got a Hello Kitty fan in the crowd? There’s even an indoor Hello Kitty theme park: Sanrio Puroland.

Let’s not forget First Avenue Tokyo Station with shops, cartoon character things, sweets and the entire Ramen Street where you can sample Ramen from all over Japan. Stop in at the Coredo  shopping center  in Central Tokyo where you can have sweet potato fries (a new craze), sample soup stock, buy chopsticks, watch a chef prepare an intricate pastry for you at Kayanoya Dashi. Visit a tea shop and choose your favorite brew to take home.  You can also sign on for a Culture Experience Tour and Lunch.

Visitors of course know the famous Akihabara area for electronics but there is a neighborhood for everyone – Shibuya and Harajuku for teens who won’t want to miss a stroll down Takeshita  Street with all of its vintage stores, crepe shops and 100 yen stores which are great for souvenirs.

Kids would love Kitchen Town with the giant chef on the top of a building welcoming you and the stories of the Kappa, the water boy (kind of half merman) who is said with his friends to save the neighborhood from floods.  Check out his statue!

More important, take the time.  Exploring without an agenda is the most fun.

On our last morning in Tokyo, which also happened to be my birthday, we went to the famous Meiji Jingu Shrine  dedicated to the souls of Emperor Meiji and Empress Shoken. Emperor Meiji took the initiative to introduce Western civilization in the 19th Century while preserving Japanese culture and is credited with laying the foundations of modern Japan.

They were so loved that after they died and were buried in Kyoto, people all over Japan and overseas donated 100,000 trees to create this forest.  There is the huge Torii shrine archway.

At the Temizuya water font, we rinse our hands, left hand first, and our mouth before going to the main shrine building. There are people here who have come from all over Japan to pray and this, of course, is a very popular tourist site as well as for weddings.

After being in Kyoto, we now know the drill—a few yen donation in the box, bowing twice, clapping our hands twice and bowing once again.  I say a silent prayer for the coming year.

I can’t think of a better way to end our visit to Japan.