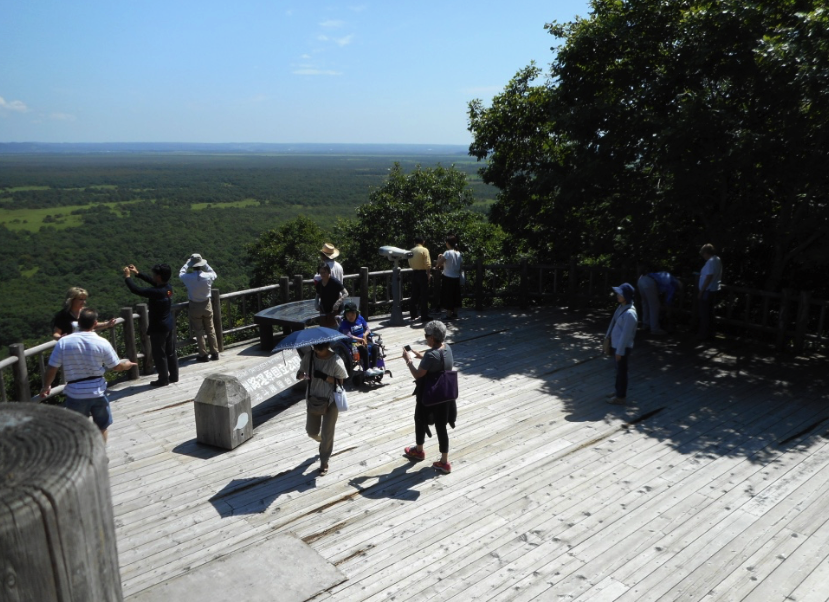 That’s why if you went to a Japanese wedding, you might see symbols of cranes and turtles—wishing the couple a long and happy marriage.

We’re in Kushiro, Japan, on the island of Hokkaido, and are visiting the Japanese Crane Reserve on a shore excursion from the Diamond Princess, which is spending the morning here.

Red-crested cranes, we learn, nearly had disappeared when, in 1924, several were found in the marsh here and locals have worked to protect them ever since. They are considered a national treasure and this Japanese Crane Reserve was established in 1958. Today, the number of cranes has increased to 1500—three babies were hatched this spring here among the handful of cranes that are kept in captivity for observation. They are funny looking creatures with red crests, black necks, white bodies and mostly white wings with long, impossibly skinny legs. Like Flamingoes, they sleep standing on one leg. 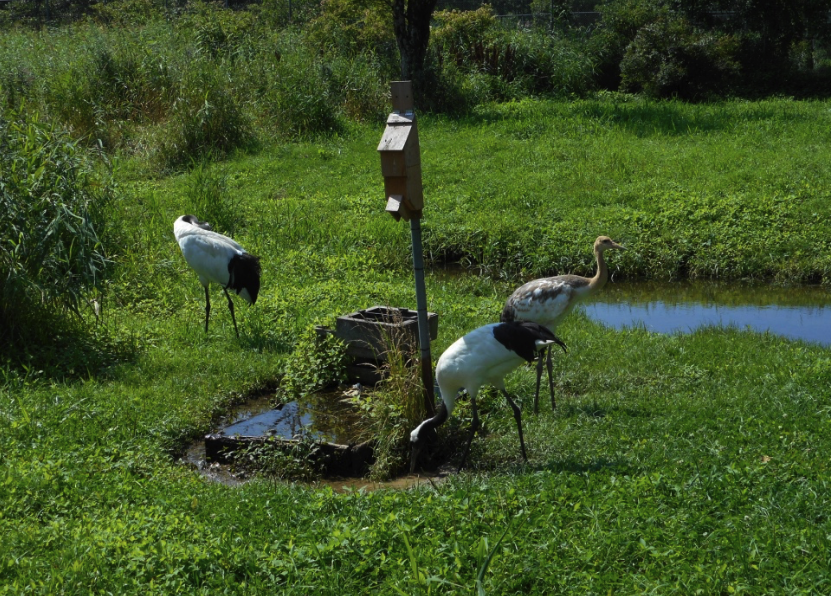 We see them through a chain link fence—the few whose feathers have been clipped so they can’t fly. As nature reserves go, it is rather austere. We don’t see the animals in the wild, as you might in a national park in the United States. The place is crowded with cruise ship passengers trying to take pictures through the fence.

Later, we visit Kushiro Shitsugen National Park, the country’s newest and Japan’s largest marshland. There is supposed to be a lot of wildlife here but we don’t see any as we amble on a mile and a half walk on wooden boardwalks, across a swinging bridge, up and down steps through the marshland.

That’s the thing about ship shore excursions—you can never tell how they will go, no matter how much research you do or how much they cost. You can be assured they won’t be inexpensive. You can also be assured that you will be moving slowly as you’ll be part of a busload of passengers.

That’s why passengers like Steven and Maggie Lau, cruising with their parents and eight year-old daughter, prefer to go it on their own. “It’s much more relaxing,” said Steven Lau, who is from Hong Kong. “We don’t need to plan a lot of stuff. We just like to get out and walk around.”

But other passengers we meet, like Myrna Dukart, traveling from the Philadelphia suburbs with her 13-year-old grandson Josh Berkowitz, plans an excursion at every opportunity. “I like to get off the ship and do something,” she explains, adding she prefers the security of having the cruise line organize her forays off the ship.

I’m impressed that there is a lecturer on board – Heather Hopkins Clement from Los Angeles — who is a Japan expert and whose job is to help passengers better enjoy whatever experience they choose.

Because there are so many Japanese on board—more than 1000 passengers—there are separate tours guided in Japanese; the rest are in English.

I think the best philosophy is to take what you can from the tours—including meeting fellow passengers from around the world—and also take opportunities to explore on your own.

I smile thinking about the gawky cranes. Next time I go to a wedding, I’m going to include an origami crane with the gift.