Six days in Southern California from Legoland to Hollywood 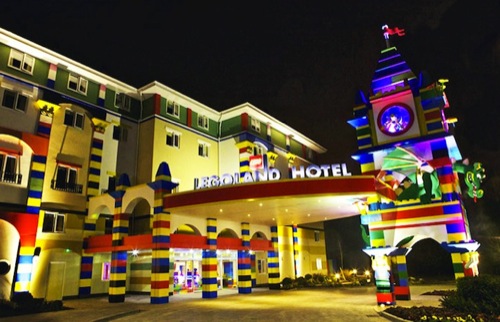 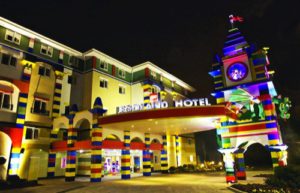 DAY One (Carlsbad, CA) — Are you a pirate or an adventurer?

Maybe you would rather be a king—or a queen.

At the new LEGOLAND Hotel in Carlsbad, CA you—in consultation with your kids, of course—can choose which theme you prefer and your room will be decorated accordingly at the 250-room hotel set to open with great fanfare April 5.  Kids, especially those between four and ten will love this place—from the giant LEGO play area in the lobby, the huge castle where they can play, the restaurant with pint sized buffet and the rooms which come complete with a separate kids’ area that can sleep three on bunk beds and a trundle with their own TV.

I like the little touches—each room has eight different LEGO creations. Maybe a parrot in the pirate room or a frog in the kingdom room. Parents will love that the toilet is adjustable for little ones.  The kids will love that when they check in, they do a scavenger hunt in their room that directs them to a treasure chest filled with what else…a LEGO toy!

In case you were wondering, there are approximately 3,422 LEGO models in the hotel created out of more than three million LEGO bricks—everything from a fire-eating dragon at the entrance to a surfer dude on a bicycle at check in, to a LEGO city in the bar area complete with mini scenes—a woman trying to tempt a monkey with a banana in one; a rooftop pool party in another and a business meeting in a third.

There are four LEGO dragons in the hotel and even a bubble-blowing dragon taking a bath on the patio who will “speak” to guests.

I guess a hotel room just being a place to sleep is so 20th century.  The LEGOLAND hotel joins Disney’s Art of Animation, the Nick Hotel in Orlando where Universal Orlando is building an all-suite themed hotel.

Of course if you want to be at the beach, this isn’t the place.    And if you want to get away from the theme park in the evening, this isn’t the place either.  You might prefer the West Inn and Suites, recognized as a Top Hotel for Families in the United States by TripAdvisor in its 2013 Travelers’ Choice Awards. The 86-room boutique hotel, located In Carlsbad in North San Diego County, ranked fourth on the list of best family-friendly hotels in the U.S. and eighth in the world.  It’s where I stayed last week.  It’s close to LEGOLAND and just a few blocks from the ocean.  “We provide umbrellas, chairs even beach toys and boogie boards,” said Kim Akers, The West Inn and Suites VP of hospitality.  Not only that, but they’ll shuttle you to the beach, the outlet malls or to LEGOLAND, give you free breakfast, free wi-fi and cookies and milk in the evening.  No worries if you have to leave early.  They’ll pack you a box breakfast.   And the adjacent BISTRO offers a tempting kids menu with veggies from their three-acre farm.  “It’s about making it easier for travelers,” said Akers, over dinner at the 21-table West Steak and Seafood that is also right here.

If you want to stay immersed in LEGOLAND, the new LEGOLAND hotel is for you.   Spend the day at LEGOLAND, the waterpark or maybe the Sea Life Aquarium.  You will be glad for a place that entertains the kids without you having to do anything but sit back and watch them play happily.

This is the first LEGOLAND hotel in the United States and hotel bookings are moving swiftly.  It is great that it isn’t too pricey—starting at around $149 a night.  There are other LEGOLAND hotels in Windsor, Eng and Billund in Denmark.  Here, you are about 30 miles north of downtown San Diego and an hour south of Anaheim.

It’s fun that kids can visit the Land of Adventure or Pirate Shores or Castle Hill in the park and then come back to their themed digs complete with LEGO character wallpaper, headboards (think a coat of arms in the Castle parents’ area) and even shower curtains.

And every night, there will be kid-appropriate entertainment at The Castle Play Area complete with a pirate ship, a LEGO filled moat and an interactive castle.  I’m glad there is an emphasis on healthy eats at the Bricks Family Restaurant.

Be forewarned: The kids won’t want to stay at a regular hotel after this!