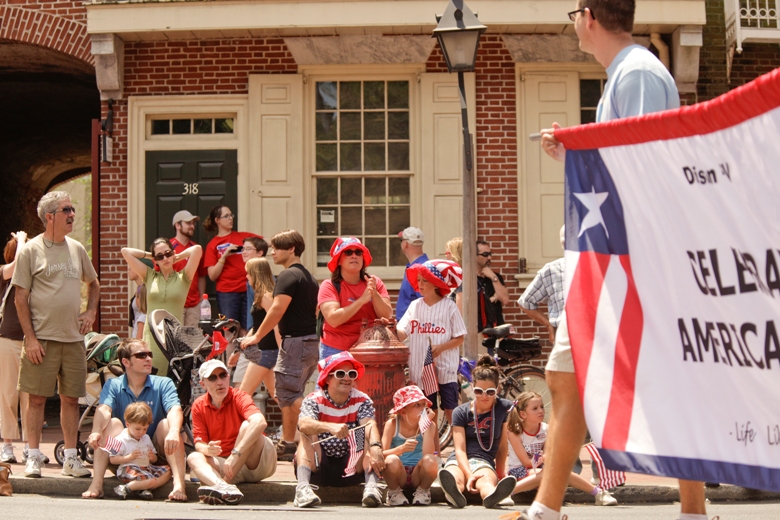 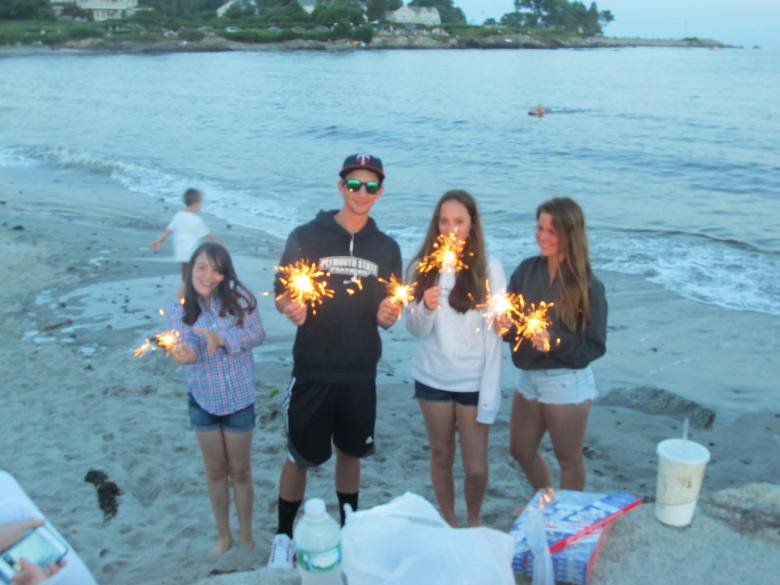 The crowd sitting on the stone walls and sprawled on the beach ooh and aah as the July Fourth fireworks go off over the water in Kennebunkport, Maine.

“It’s still got old-fashioned charm here,” said Bostonian Liz Daily Ortega, vacationing with extended family, including her two kids, as she has since she was a kid.

AAA Travel projects 41 million Americans will journey 50 miles or more from home during the Independence Day holiday weekend, a 1.9 percent increase from the 40.3 million people who traveled last year and a nearly 14 percent increase compared to the Memorial Day holiday weekend.  The majority of travelers will be celebrating their freedom with a road trip, with more than eight in 10 (34.8 million) choosing to travel by automobile, the highest level since 2007.  The Independence Day holiday travel period is defined as Wednesday, July 2 to Sunday, July 6.

Last summer, we invited a young teen from the Bronx, who has only been in this country a few years, to join us in Maine for an old-fashioned July Fourth. We’ve hosted him for several years through The Fresh Air Fund — established in 1877 — which connects inner-city kids to East Coast families who host them for vacation.

I loved watching him try so many new things in one weekend — paddle boarding, charter boat fishing, eating a lobster. Did you know Maine provides the world with 75 percent of its lobsters? (Here’s what I wrote about going out on a lobster boat.) He loved everything: The free bikes and poolside fries at the Lodge on the Cove, an old-fashioned motor lodge that’s been updated for 21st century families, (This year there’s even a pick your own berries package, complete with a pail to collect them in!) and taking home the fish he caught with Captain Bruce Hebert on the Libreti Rose. The best was joining locals and visitors for the traditional fireworks display on the beach. 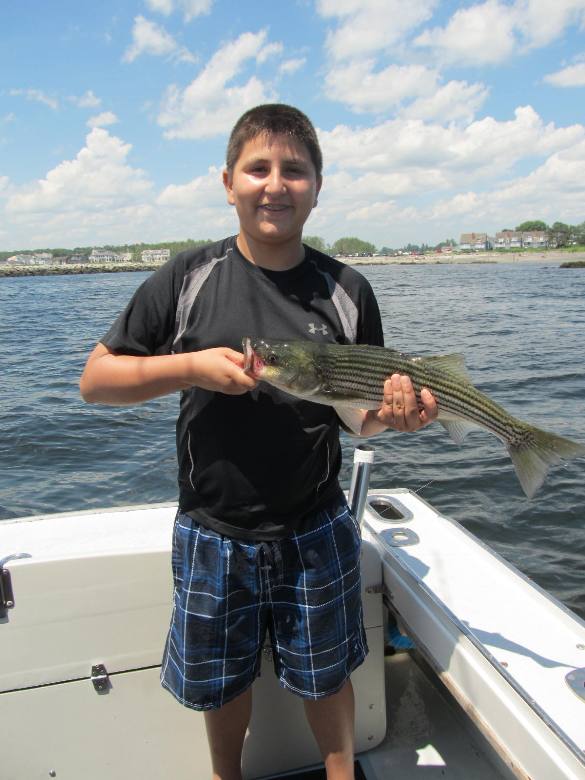 Enesi with his first fish caught ever off Kennebunkport ME

All over the country, families will be celebrating in small towns like Kennebunk and in big cities like Boston where the partying goes on for nearly a week at the Boston Harborfest where you’ll get your chance to hear the reading of the Declaration of Independence from the balcony of the Old State House, as it was read on July 18, 1776

Maybe you will march in a local parade or watch the kids march, host a barbecue or gather the gang to see the fireworks. Or maybe you want to sample a different kind of celebration that lasts longer than one afternoon, where you might learn a little history and celebrate local culture while having the best Fourth of July ever. Here are six unique ways to celebrate:

— Time travel back to the Civil War at Gettysburg National Civil War Battle Reenactment that lasts from July 4 to 6 with battles, field demonstrations, live mortar fire demonstrations, ghostly tales of historic Gettysburg and more. Here’s what I wrote about a visit to Gettysburg last fall and the 150th anniversary of Lincoln’s Gettysburg Address.

— Grab your cowboy hat and join the Cody Stampede in Wyoming and you’re just a little more than 50 miles from Yellowstone National Park. The Stampede, in the heart of Yellowstone Country, runs July 1 to 4 and includes 40 of the world’s top bull riders competing for a $50,000 purse. There’s also a Fourth of July Stampede Parade, street dance, barbecues and a three-day festival with arts and crafts booths, food vendors and music.

— Take the kids and a picnic to A Capitol Fourth, a free concert on Washington, D.C.’s Capitol West Lawn presented by PBS. In celebration of the 200th anniversary of our national anthem, Academy Award-winning composer John Williams will conduct a new arrangement for orchestra and chorus of the “Star Spangled Banner” with the National Symphony Orchestra, The Joint Armed Forces Chorus, the Choral Arts Society of Washington and the U.S. Army Herald Trumpets. Let’s not forget all the other unique Independence Day activities in the nation’s capital — the free Organ Concert at the National Cathedral, the Fourth of July fun at the National Archives, home of the original Declaration of Independence, the free Smithsonian Folklife Festival celebrating cultural traditions from around the world and stay for the fireworks on the National Mall. 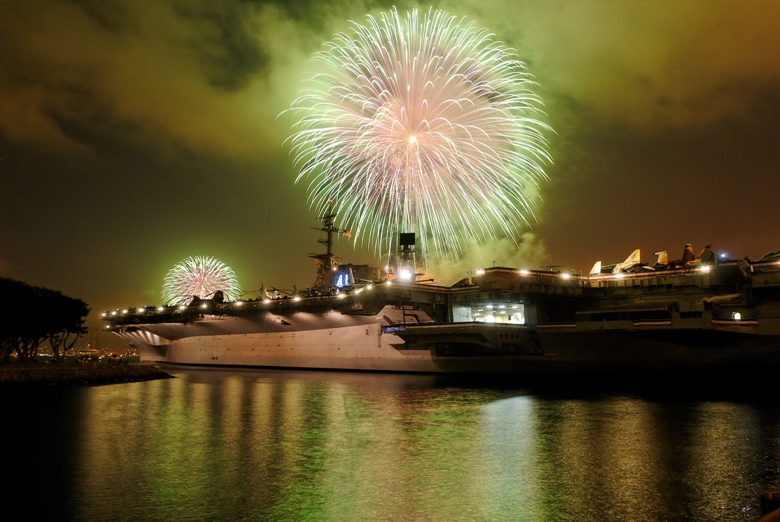 Fireworks off the deck of the USS Midway

— Join the biggest Independence Day family party in San Diego aboard the USS Midway Museum where — if you can score tickets — you have the chance, while listening to music, to watch the “Big Bay fireworks from the flight deck, the best view of the biggest fireworks show on the West Coast. The USS Midway served from 1945 until 1992, the longest-serving American aircraft carrier of the 20th century. It’s been a popular museum for the past 10 years.

— Philadelphia’s WaWa Welcome America is said to be the nation’s largest free July 4th festival, lasting from June 28 thru July 4, complete with a Celebration of Freedom ceremony, recognizing the 50th anniversary of the Civil Rights Act, a huge concert, games and the Go 4th & Learn series, running July 1 to 3, that offers fun lessons on things like the history of the hoagie. Stick around till the 5th of July for the kickoff of the Taste of Philadelphia where you can sample good eats from area restaurants and food trucks.

The hardest part will be deciding where to party!

Check out Eileen’s new Kid’s Guide to Boston available on line and from major booksellers, the latest in her series of Kid’s Guides. Follow @takingthekids on Twitter, Facebook and at ttk-old.o2dev.net