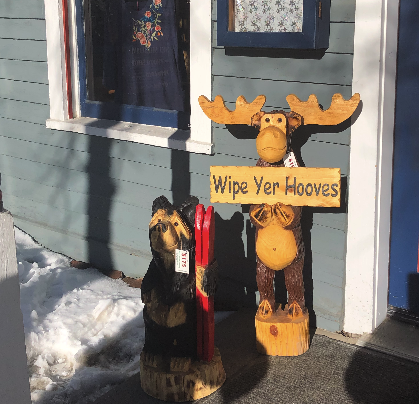 Especially on a trip to the slopes. Especially when kids and/or dogs are part of the equation.

I was thinking about this a few weeks ago when we were staying at a condo that required a two-block walk to the lift—in our ski boots and carrying our gear. “No big deal,” my kids said with a shrug. But it was for me. 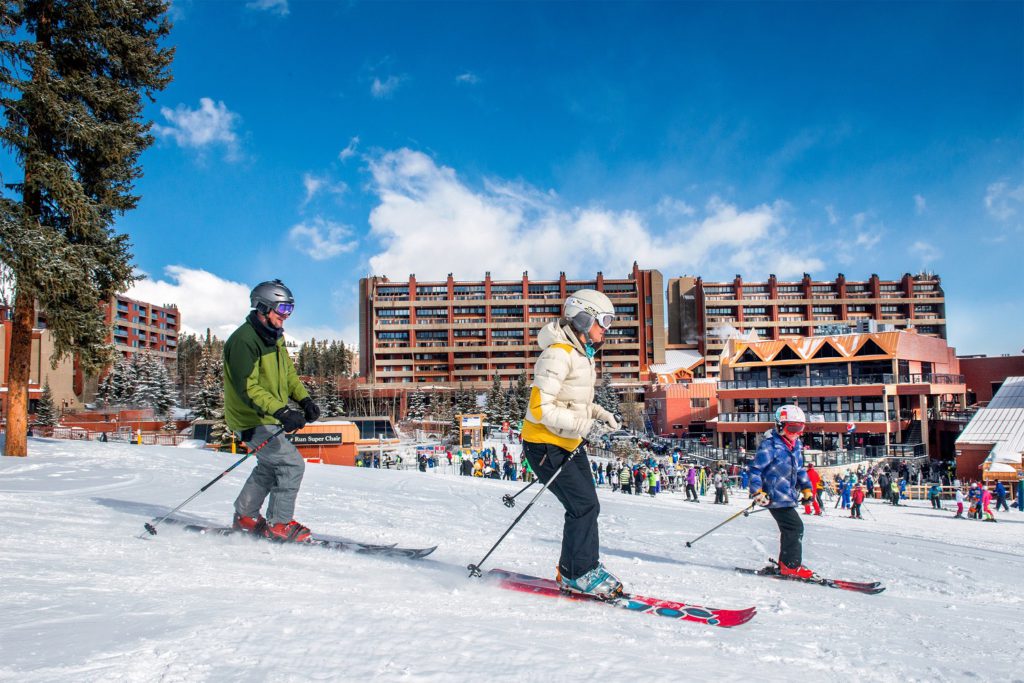 That’s why I’m a fan of the ski-in, ski-out Beaver Run Resort & Conference Centerin Breckenridge. The bellmen put our skis in the ski lockers; we grab them and get right on the Beaver Run Super Chair at the base of Peak 9. Nice! It’s also nice that Breckenridge Ski Resorthas so much varied terrain— 2,908 acres including five huge peaks with everything from above tree line for experts to trails marked as family zones for those who are learning and don’t want to go too fast. Did you know Breckenridge has the highest chairlift in North America?

For those renting gear, there is a shop right here and kids’ ski school a few steps away. Talk about convenience!

But there are so many other things here that make a stay easier for a family.

Forgot to bring milk? There is the Skywalk Market and Deli right in the building as well as a place to order pizza and Spencer’s Steaks downstairs  with a new kids’ menu. Play billiards or darts in the Base Nine Bar; take the kids to the indoor pools and your pick of seven hot tubs. There’s even an indoor mini-golf course. Treat yourself to a spa treatment.

(Of course there are many Breckenridge restaurants that deliver to your room–whatever you are craving—maybe Thai or Sushi?

You are just a short walk or drive from Breckenridge’s famous historic Main Street too–the town is an authentic mining town150 years-old with all of its shops, whether you want new goggles, a Breck sweatshirt, fun socks, a dog toy (or game for the kids) or a pair of earrings–and plenty of places for good eats—more than 75 restaurants and bars, including the Crepes cart on Main Street, where it seems there is always a line, no matter what the time of day. Everywhere you walk there are freshly made cookies… chocolate… ice cream and hot chocolate.

Stop in at the free historic museum to learn more about Breckenridge’shistory—the town boasts one of the largest historic districts in North America.

Don’t want to deal with looking for parking downtown? The Beaver Run shuttles will take you and bring you back.

Thanks to record early snowfall, Breckenridge Ski Resort has already announced it will remain open until Memorial Day, the first time the resort will be open in May since the early nineties—and Beaver Run is touting great deals. There is plenty of fun in the snow off the slopes too–dog sledding, snowmobiling, tubing and sledding, night time Nordic Snowcat Adventures complete with stop for s’mores at a cabin, the ice castles in nearby Dillon.

We’ll be back this snow season—and this summer too. We’re having a Family Reunion at Beaver Run. Did I mention there is as much to do here in summer as in winter?