So much invention in Seattle: Inspiration for Kids 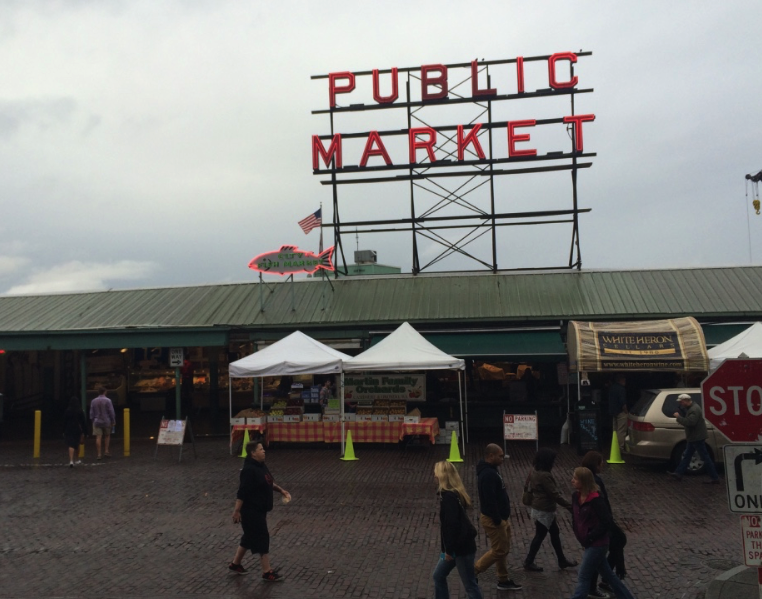 See if the kids can name an everyday product that was invented in Seattle.

Seattle, of course, has long been home to innovators — everyone from Bill Gates to Jeff Bezos, who started Amazon, to Bill Boeing. Costco started in Seattle, so did Starbucks.

But what you and your kids might not know is that everyday products like cellphones, down jackets, electric toothbrushes, water skis (the inventor Don Ibsen commuted across Lake Washington on his skis) and GoPro cameras were all invented here. In fact, Seattle holds the most parent companies per capita of any American city. At the interactive Museum of History and Industry, kids can peruse some of those patents at the Patent Tree at the Bezos Center for Innovation. “We want to encourage kids to add their own innovations,” said Leonard Garfield, the museum’s executive director.

This museum, now in the historic Naval Reserve Armory at Lake Union Park, boasts the largest heritage organization in Washington State with nearly 4 million artifacts. It is a good

place to start any family visit to Seattle as it can give you a quick history lesson of the region and the innovations that fueled the city’s growth from the Chinook language, developed by Native Americans and traders so that they could communicate, to Bill Boeing’s first mail plane to Microsoft.

“It is Seattle history,” explained Garfield. The Bezos Center, which just opened two years ago, encourages young visitors to find their own inner-innovator as it explores the story of innovation in Seattle, complete with interactive stations and video interviews with some of the city’s leading innovators.

I was thinking after a recent visit to Seattle that innovation could be a good theme for a family visit, whether you are talking about where you stay (Kimpton Hotels are credited with leading the boutique hotel market in the country and welcoming kids, even suggesting guests may borrow a goldfish through their signature Guppy Love program at the Monaco if they are lonely) to Pike Place Market (started as a place to allow farmers to sell directly to consumers) to the Space Needle (built for the 1962 World’s Fair, but now with a new digital experience) and next door Chihuly Garden and Glass, which showcases how artist Dale Chihuly, a Washington State native, has developed glass as a fine art. Think of an entire garden made of glass flowers. I love the city’s efforts to de-stress the airport experience with a City of Music Program through which some 40 local musician play at Seattle-Tacoma International Airport.

Visit the Future of Flight Aviation Center where the Boeing Factory Tour begins in Everett, 20 minutes from Seattle. The Seattle Aquarium is not only the place to learn about sea life of the Pacific but also to inspire kids to be young conservationists while the Pacific Science Center underscores the lesson that science can be fun and inclusive. (If your child is on the autism spectrum, you can visit the second Saturday of each month before the museum opens when there is less noise, diminished light and visual stimulation.)

(TIP: If you plan to hit a lot of Seattle’s top attractions, consider CityPASS, which not only enables you to get significant discounts but also to avoid the lines.) Visiting Seattle in November, or during the winter, can also save you over $130 a night on a hotel room, compared to the summer months, according to the hotel mega-search site trivago.

Even our tour of Pike Place Market, which attracts 10 million tourists a year, making it one of the city’s top tourist attractions, was led by a Seattle innovator. Elizabeth McClure started her company Eat Seattle this year, the Cordon-Bleu-trained chef explained, because she wanted visitors to appreciate the local foods “the Northwest has to offer.” Not only do we sample coffee at one place (though not at the original Starbucks, which had a line out the door), cheese made in front of us at Beecher’s, Uli’s German sausage, smoked salmon at Pure Food Fish Market, now run by the fourth generation of the same family, pickles and more, but McClure whips out samples she has made herself that morning to illustrate the local produce and spices available at the market. She also teaches classes at the market’s Atrium Kitchen, shopping with the students for ingredients at the market, of course

The kids, of course, will love the fishmongers who throw the glistening salmon to each other. This is also a place for kids to appreciate the role innovators had in starting this market, one of the oldest in the country and from the beginning, a voice for the preservation of regional farmland. The market is part of the nine-acre Market Historic District, which is home to some 500 small businesses, but also provides 400 low-income housing units above the storefronts, a senior center, clinic, food bank, preschool and more. Point out to the kids the market’s mascots — the big bronze piggy banks named Rachel and Billie where they can contribute to the foundation that funds all of those services.

The market is just a few blocks from Kimpton’s Monaco and recently opened Palladian, the brand’s fourth downtown hotel (with its hip vibe, teens would love this place). I like all the fun touches — yoga mats in the rooms, free coffee in the morning and wine in the afternoons, a lobby lounge ideal to relax and figure out where you are going next. Now the brand is becoming known for its restaurants led by local chefs that are attracting locals like Sazerac in the Hotel Monaco, which offers Pacific Northwest cuisine with a Southern twist. Earlier this year, Kimpton Hotels became part of the InterContinental Hotels Group but the hotels here, in historic buildings, have retained their quirky, intimate feel with bikes (and helmets) you can borrow along with the goldfish at the Monaco.

At the Museum of History and Industry, kids are invited to write down what innovation is most needed.

“The point,” said Garfield, “What are kids today going to do tomorrow?”