So much to see and do on moms’ getaway to Scottsdale 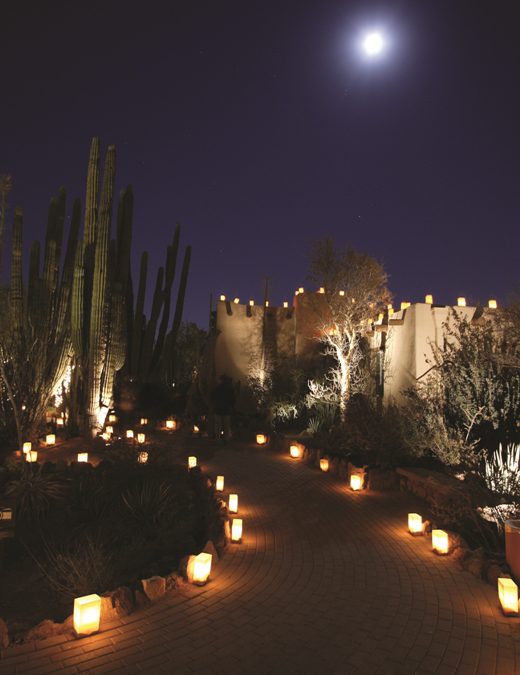 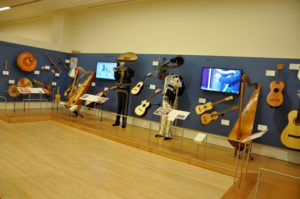 The instruments of Mexico at the Musical Instrument Museum

We keep telling ourselves that all weekend. I’m in Scottsdale, AZ for a moms’ getaway weekend with an old friend I don’t see nearly enough. She lives on the West Coast; I live across the country.

As we lounge at the spa pool at the historic JW Marriott Camelback Inn, opened in 1936, its individual casitas and desert landscape exuding Southwest charm, we try to let go of the guilt. Love the giant Saguaro cactus! Taking in the mountain and desert views — the resort sits at the base of Mummy Mountain and overlooks Camelback Mountain — we sip a pretty pink drink and wait for our spa treatments. Could there be a better way to while away a fall afternoon? We plan to have a very healthy lunch at Sprouts, the spa restaurant, and later, shamelessly indulge ourselves at dinner at The Mission in Old Scottsdale, the eclectic area of shops and restaurants 10 minutes away. (Love the guacamole made tableside!)

We don’t have to worry about anyone but ourselves — for a couple of days anyway — and it’s a strange but wonderful feeling. Still, just like when you take the kids, all does not go as planned.

We had planned to “earn” our spa time with a strenuous hike up Scottsdale’s famous Camelback Mountain. (Locals say the mountain looks like a giant symbol of a resting camel.) The summit is just 2,700 feet and it’s a popular hike that attracts more than 300,000 people a year. Piece of cake, right?

Wrong. We started before 6 a.m. — before it got too hot — and met plenty of hardy locals that literally ran up the steep trail — so steep that you have to ascend hanging on to metal railings.

We only made it halfway up the Echo Canyon trail. Bad knees made us turn back. Even so, we agreed over breakfast outside at Camelback, the views were worth getting up for, especially the sunrise. We try not to feel guilty about our aborted hike either.

Scottsdale  has a lot to offer moms, no matter what they want to do. Want to be pampered? There are more than 50 spas here. Are you a golfer? Besides all the resort courses, you can improve your swing with a Golf Academy program at the Boulders Golf Club. Are you an adrenaline junkie? Learn to rock climb (www.360-adventures.com) here. Got the kids with you? Resorts tout innovative kids’ programs and fantastic pools. (Read what I wrote about why the kids’ activities at the Hyatt Regency Scottsdale Resort work so well for 21st-century kids.)

Let’s not forget you aren’t too far from the Grand Canyon and Sedona with its famous red rocks and sacred vortexes, which are said to have highly-concentrated areas of spiritual power.

And you don’t have to bust the budget either. Camelback Inn, in honor of its 75th anniversary, is offering a 75th Anniversary Package with rates starting at $154 per night and including a $75 resort credit. Other resorts are offering a night free, Nov. 18, 2012 through Jan. 12, 2013, for those who want to spend Thanksgiving or Christmas relaxing instead of hosting relatives. (Visit www.scottsdaleholidayexperience.com for details.) If you come in December, make sure to check out the Desert Botanical Garden’s Las Noches de Las Luminaries a display of more than 8,000 hand-lit luminaria bags and sparkling holiday lights. 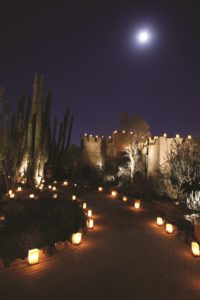 There’s also the chance for plenty of unique experiences. Learn to be a cowboy at Arizona Cowboy College or visit amazing museums in Phoenix like the Musical Instrument Museum with its collection of nearly 15,000 instruments from around the world. See the amazing technology that lets you watch and listen as these instruments are played in their native countries. (Check out the exhibit celebrating 100 years of Arizona music. Here’s what I wrote about the museum).

Learn more about Native-American culture and arts at The Heard Museum. (Kids will especially like the hundreds of Kachina dolls that represent spirits imbuing positive energy and the hands-on galleries where they can sit in a canoe, peer into a traditional house, make a craft or listen to a story.

Go for a bike ride in the desert at night, as we did at the Boulders Resort or hike at the vast Scottsdale McDowell Sonoran Preserve.

Celebrate the 75th Anniversary of Frank Lloyd Wright’s Taliesin West (www.franklloydwright.org), the famous desert camp that is a National Historic Landmark, where you can take courses in design or ceramics.

Indulge in a desert spa experience. (How about the adobe clay purification treatment at the Spa at Camelback Inn or the Turquoise Wrap at the Boulders Resort?) I’m really not a wrap kind of girl but there I was slathered in clay and wrapped like a mummy. The treatment, in case you are wondering, is based on the Native-American belief that turquoise is a color of protection, self-confidence and positive energy.

Take your favorite foodies out to dinner. Downtown Scottsdale’s ancient Indian canal system is now an area that boasts more than 100 restaurants, including those in SouthBridge, a development of local stores and independent restaurants.

Got any budding astronomers in the gang? The night sky here is amazing! You can even take a tour into the desert to a remote area where an astronomer will point out constellations. I love that the Four Seasons offers constellation charts as a turndown amenity. People here take their star-gazing seriously. Seven Scottsdale spas have on-site astrologers ready to consult with you.

Truthfully, we could have happily spent the entire weekend lounging and eating, but guilt kept us from doing that — for more than a few hours anyway. It turned out there was far too much to see and do in Scottsdale, a lot more than we expected, in fact.

By the time we headed to the airport early Sunday morning, we weren’t feeling guilty about anything, even our aborted hike. Certainly not the margaritas!