Soaking up the family holiday spirit at a theme park 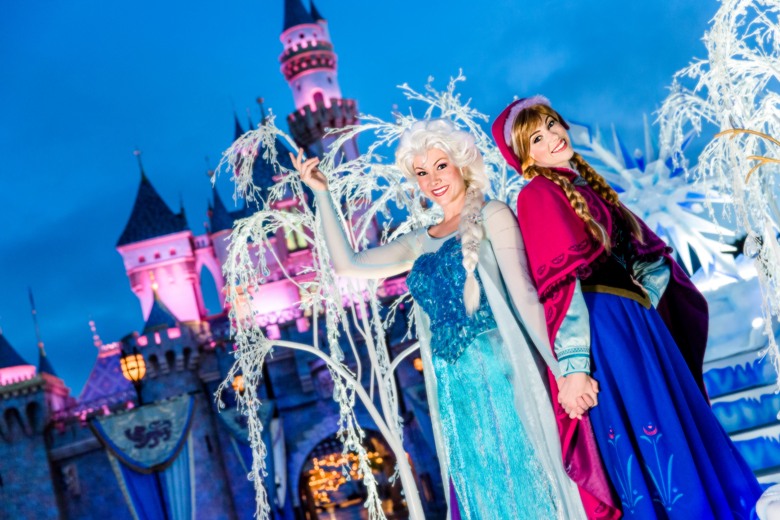 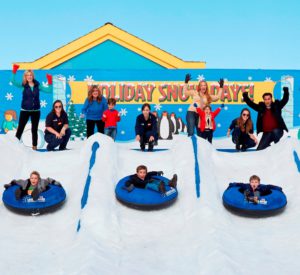 The Schmidts were waiting in line at 7:30 a.m., snacks and sandwiches at the ready. But they weren’t hoping for a holiday deal. They just wanted to soak up the holiday spirit — as soon as Disneyland opened at 8 a.m.

They’d driven 565 miles from Redding, California, for the “A Christmas Fantasy Parade,” complete with the “Frozen” princesses, the “Believe in Holiday Magic” fireworks show that ends with “snowfall,” Walt’s favorite gingerbread cookies and holiday tamale plates, the 60-foot Christmas tree in Town Square and the rides re-themed for the holidays like Jungle “Jingle Cruise” and “ It’s a Small World Holiday” with more than 300,000 lights outside and children from around the world in their holiday best singing holiday songs.

“We love it,” said Colleen Schmidt, waiting with her family to see the parade. You can’t let the crowds or long lines — some were upwards of an hour — ruin your fun, she added. “That’s why we try to be the first ones here.”

“I love all the decorations,” said Paige Gehringer, 13, here with her family from Scottsdale, Arizona, pointing out that at the holidays, even a teen “isn’t too old for Small World.”

Ryan Sevilla, 12, who lives in Southern California, especially liked “Haunted Mansion Holiday” that includes Jack Skellington from Tim Burton’s “The Nightmare Before Christmas.” “It’s crowded, but it’s worth it,” added his mom Marina.

At Disney’s adjacent California Adventure Park, the large and equally enthusiastic crowds were waiting for the “Disney Viva Navidad!” celebration with dancing, music and, of course, the characters celebrating Latino culture and “The Worlds of Color-Winter Dreams,” which showcases several “Frozen” songs. My favorite was Cars Land with each address along Route 66 decked out for the holidays and wreaths fashioned out of “tires.”

“The look in everyone’s eye is what makes it so special … sparkly, like all the decorations,” said Ella Johnson, here with her two young daughters.

There was a huge Christmas tree outside the Carthay Circle Restaurant where we paused for dinner along with many other park-goers to check out the holiday menu and artisanal cocktails. (We were celebrating two wedding anniversaries, after all!) All of the shops along Buena Vista Street — the buildings inspired by Los Angeles as it was when Walt Disney arrived in the 1920s, were decorated with old-fashioned ornaments.

Downtown Disney and the Hotels of the Disneyland Resort are all dressed up too — there’s even a six-foot-high gingerbread house in Disney’s Grand Californian Hotel that sells hot chocolate from a window.

“Everything is so festive,” said Angela Santivanez, also here from California. “It gets you in the holiday spirit.”

That’s the idea, of course — at a price. Across the country, theme parks are adding new and bigger holiday attractions every year, enticing more and more families to come through the gates, glad to forsake holiday shopping and cooking for a few hours, even though it can be a costly afternoon or evening. (Check out our Annual Guide to the Best and Brightest Holiday Lights.) The International Association of Amusement Parks and Attractions says that based on anecdotal information, they believe there’s a growing trend in parks hosting holiday events across the country.

If you are lucky, you may even snare a deal. Think SnowWorld, complete with a snowball target area and Reindeer Training Academy at SeaWorld San Diego and a Christmas-themed sea lion and otter show. (Pay for a day now and get all of 2015 free!) And in nearby Carlsbad, LEGOLAND California offers Holiday Snow Days and Winter Nights with the 30-foot LEGO Christmas tree, and photo op beside the life-sized LEGO Santa and reindeer. (Get a free ticket to return!)

Busch Gardens boasts Christmas Town in Tampa, Florida, complete with more than a million lights — Tampa Bay’s Biggest Christmas Celebration. Check out The Bottle Christmas Tree that, with the help of local school kids, transformed 5,000 recycled plastic bottles into a holiday masterpiece. (Pay for a day and get now through 2015 free with a Fun Card!)

For those with young “Sesame Street” fans in the house, Pennsylvania’s Sesame Place has a nightly illuminated Neighborhood Street Party Christmas Parade and new holiday-themed “Elmo the Musical.”

Orlando, of course, is Theme Park Holiday Central. VisitOrlando.com reports the parks add new holiday attractions every year, making the holidays one of the most popular time to visit, whether you are at Universal Orlando, Walt Disney World, SeaWorld or LEGOLAND.

See Cinderella Castle at the Magic Kingdom transformed by “Frozen’s” Queen Elsa into a glittering ice castle with 200,000 lights; At Epcot, the candlelight processional remains one of the most popular holiday traditions with the retelling of the Christmas story by celebrity narrators accompanied by a 50-piece orchestra and choir.

At Disneyland, families lined the route for the “Christmas Fantasy Parade” with more than 100 performers — dancing reindeer, Mickey, Minnie, Anna and Elsa from “Frozen” and Santa, who makes a special appearance form the North Pole as the kids yell “Santa! Santa!”

“We come every year,” said Kerry Kirchenberg, a Southern Californian. “It’s really busy, but everyone is in a good mood. Coming here,” she said, “gets me ready for the holidays.”

(If you are heading to Orlando, San Diego or Los Angeles, check out Eileen’s Kid’s City Guides with input from local and visiting kids; There are nine books in the series. Follow @Taking theKids on Twitter and Facebook.)