Some beach time, some spa time 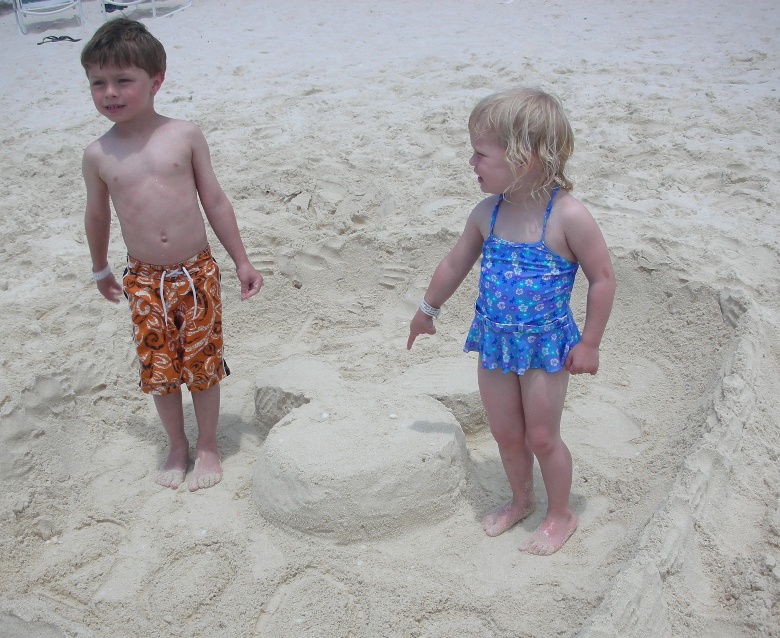 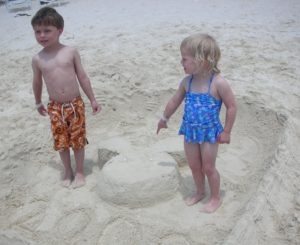 DAY SIX — While the ship is in Nassau, we take the chance to check out the newly renovated Sheraton Cable Beach Resort. It’s great for kids — a beautiful beach, three pools and rooms that open onto the pool.

Kirkwood McKenzie, the resort’s “Director of Fun,” tells me they are trying to do something new — making sure there are plenty of things for families to do together, “like a cruise ship on land” with games around the pool, beach volleyball, hoops, etc… but with a Bahamian twist. “We want to encourage the Bahamian culture,” McKenzie says. There will be storytelling, people making native jewelry and weaving palms, making kites. Local kids will be on hand to teach dancing to visiting kids. “We want them to leave having had a native experience.”

Of course there is hair braiding and every variety of water sports too. It’s a nice, laid back atmosphere for families. There is also a cheery kids club where parents can leave the kids in the care of Shaneka Musgrove and Donita Knowles while they get a little adult time. Our two youngsters loved making placemats that they brought home with us.

When we get back on board the ship, the kids are ready for some cartoons — and a nap — while my cousin Jayme and I head to the spa for a much needed respite. I get my massage in a room overlooking the ocean, hearing the waves lap and the birds chirp. Afterward, I head into the “rain forest” environment for some time in the Eucalyptus steam rom. Even on a ship with more than 1,000 kids, the spa is always booked (you can even get a massage on Disney’s private island). Along with taking terrific care of the kids, the ship does a good time taking care of the parents too.

“To me, this is it when you are talking about cruising with kids,” said Carol Gallo, a travel agent from Massachusetts who has cruised Disney with her kids several times. “It really works.”

“The kids love this,” said Kalen Walker, the mother of four who was cruising with her five and seven year olds while her mother in law was ensconced at Walt Disney World with the two younger ones. “I’m so relaxed — even watching them in the pool.” A first time Disney cruiser, she added that the kids really love the ease of cruising. “The ship, looking at the ocean, seeing the characters, eating what they want. They are at the fruit stand every 20 minutes and they ate filet mignon and scallops for dinner! This really works!”

“The pool is the biggest thing,” added Tim Muhs, who is from North Carolina and cruising with his wife and six and eight year olds for the first time. “I like that there are different programs for different age kids,” he added. There’s so much to do! In fact, the Muhs didn’t even get off the boat and were perfectly happy. And though Michelle Muhs tends to get motion sick — she was fine — as is my cousin Jayme. “You can really relax on the boat,” she said, no small thing for a mom traveling with young kids.

The Walt Disney Theater is packed for Toy Story The Musical — the first time this Disney-Pixar film has been adapted for the stage. It is Broadway quality, as the mesmerized kids and their parents would agree. The show, as does the film, explores the meaning of friendship as toys become friends. There are larger than life inflatable characters including a nearly nine foot tall version of Rex the dinosaur and a four foot round Ham the piggybank. It is one of the largest productions ever developed for a cruise ship and it’s clearly a success.

This isn’t the only stage show, though — The kids also loved The Golden Mickeys . It’s nice to have Broadway-quality entertainment appropriate for young kids that you can just walk into — no lines, no tickets, no paying for parking!

Afterward, there are fireworks on deck and a big pirate party — everyone got a pirate bandana at dinner and were sporting them on their heads all over the ship. But our gang had a bit too much sun and beach today — they’re beat. We return to our cabins to see that our steward, Pacifer, had made sure all of Ethan and Hannah’s animals were hanging from the bunk bed with towel monkey having their own party. The kids were thrilled — and that’s what it’s about after all.