Spy and crime museums — a hit with the high school boys 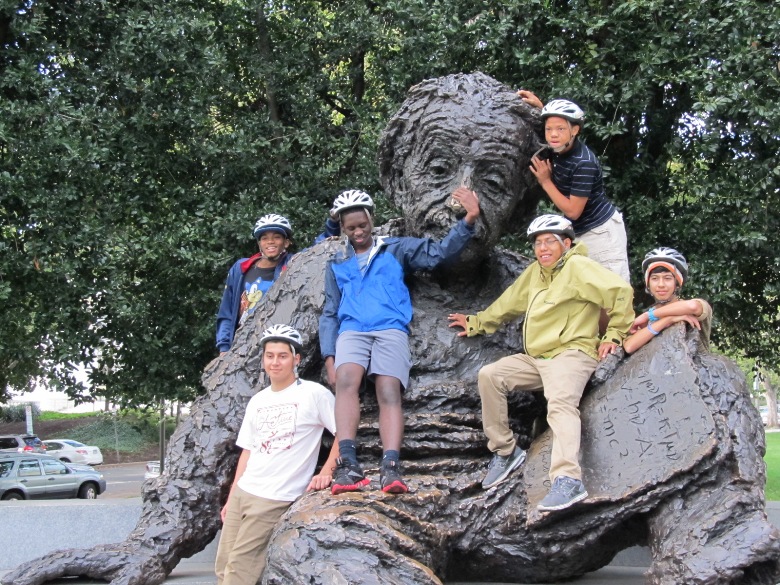 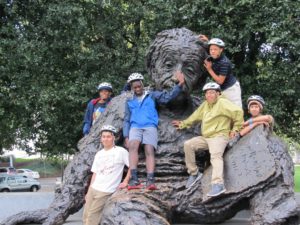 WASHINGTON DC (Day 3 of 3) — Certainly you could spend all of your time in Washington, DC without paying to enter a museum—there are plenty of free ones to choose from.

But two on our list are private and, the boys said, were worth the cost of admission.

I was chaperoning six city high school boys who attend our suburban high school under the auspices of A Better Chance, a national organization that identifies  kids with potential in middle school and sends them to communities like ours to live and attend high school.

We had arrived on the Bolt Bus and   were comfortably ensconced at the Capitol Hill Hotel with mini-kitchens and free breakfast—terrific when you are trying to feed growing boys on a budget.   We’d enjoyed a BBQ dinner at Hill Country and Italian food served family style at Carmine’s –both excellent bets for families, especially with kids with big appetites.

Several of the boys had visited Washington, DC on middle school trips and one is from here.  His museum pick: The National Museum of Crime & Punishment   which Good Morning America calls a must-see for CSI fans.  It’s easy to see why.

The museum includes a crime lab and the filming studios for America’s Most Wanted, a simulated shooting range (the kids loved that!), high-speed police-chase, and hundreds of inter-actives and artifacts pertaining to crime (check out Bonnie and Clyde’s bullet-riddled car!  The Unibomber’s tools!

But what I liked about this museum was the emphasis on the police and detectives. The museum’s mission, in fact, is to provide visitors with insight not only to the history of crime but to crime fighting, solving and the consequences of committing a crime.

Try hacking into a computer or crack a safe.  See what it feels like to be n a jail cell.

Have you got what it takes to be a spy? That was the question at the International Spy Museum where we first were asked to memorize our “cover” (why were we heading to where we were?) And our “story” (the made-up details of a made-up life).

The International Spy Museum is the only museum in the country solely dedicated to the trade craft, history and contemporary role of espionage—thus the largest collection of international espionage artifacts on display—everything from a purse camera to a shoe recorder to a 1777 letter by George Washington authorizing a spy network.

Cool! The museum teaches the history of spying dating back to biblical times and the Trojan Horse. We learn about women spies during the Civil War and World War II   and the challenges faced by 21st century spies.

There is the chance (if you are 12 or older) to become a spy Decrypting secret audio conversations, penetrating and escaping from a high-security compound, as well as interrogating a suspect agent are all part of your mission. You can also embark on an operation outside in the International Spy Museum neighborhood, armed with a GPS-interactive device.

Spies are motivated for very different reasons. What might motivate you? Patriotism? Money? A compromising situation? Your own ego?

Hmmm…I’m not sure! We learn that Washington DC has more spies than anywhere….really?

We love hearing about the pigeons who carried messages so successfully during the two World Wars  and how a nose mold is part of a CIA disguise kit. (Did you know you could change the way you walk just by putting a pebble in your shoe?)

But clearly it’s not easy being a spy…we have fun trying, though.