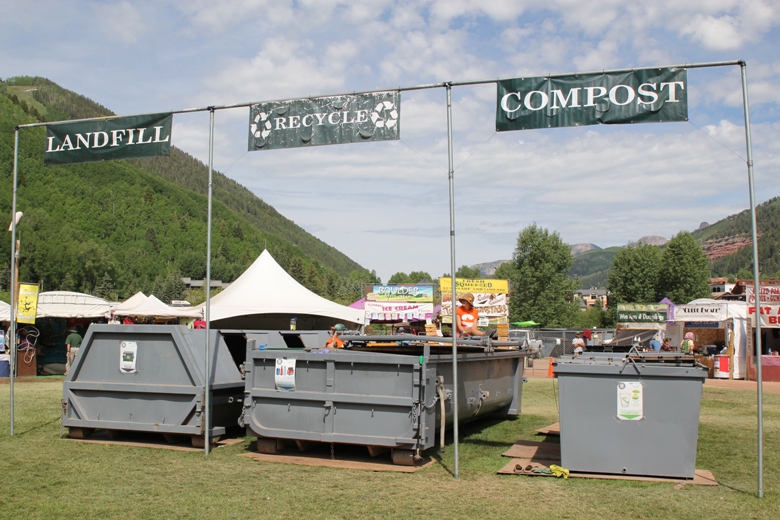 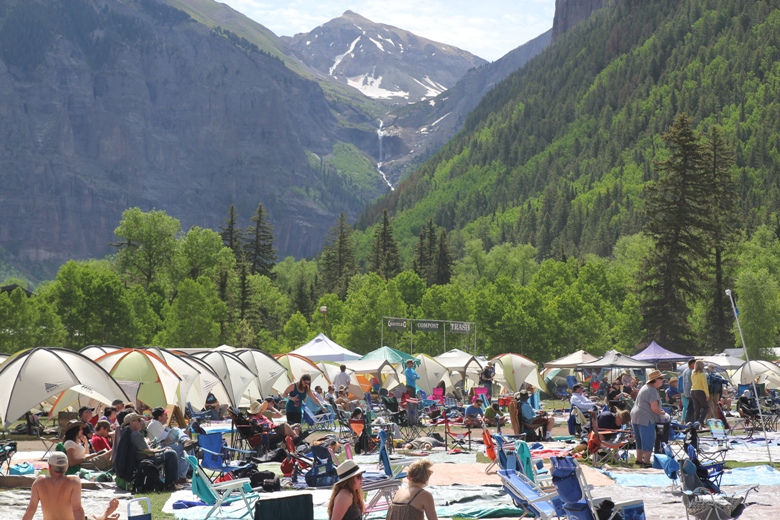 Everyone has heard the same phrase about Colorado: “You come for the winter and stay for the summer.” While Colorado is known for its ski country, ski towns take on a totally different feel during the summer months. From mountain biking instead of skiing, hiking peaks, and enjoying the summer sunshine, visiting Colorado mountain towns in the summer is definitely worth your while. Although there is already plenty to do in the great outdoors, many ski resorts and ski towns take advantage of the summer weather to host a variety of festivals to bring in tourists.

Telluride, Colorado holds a festival almost every weekend throughout the summer. From the film festival, to the mushroom festival, and its renowned fall Blues and Brews festival, I’ve heard it said before…”Telluride pretty much holds a festival for everything.” But the most famous event the town offers is the annual Telluride Bluegrass Festival. Organized by Planet Bluegrass, the 41-year-old festival draws in crowds of all ages and from all over for four days of bluegrass music, mountain sunshine, good food, and an overall “festivarian lifestyle.” Telluride bluegrass draws in many festivarians who return year after year, especially returnees who were once brought to the festival as children, and who now bring their own children to the festival to share their love of the music.

When attending the festival this past month, it was hard not to notice how the Telluride Bluegrass festival is set up perfectly for family fun. From toddlers to grandparents, there is something for everyone to enjoy at the festival besides the music. Planet Bluegrass had an entire family tent area with crafts, hula-hoops, face painting, and a stage for younger aspiring bluegrass musicians to practice pickin’ their tunes. In addition, throughout the four days, kids can look forward to participating in a talent show as well as a parade. 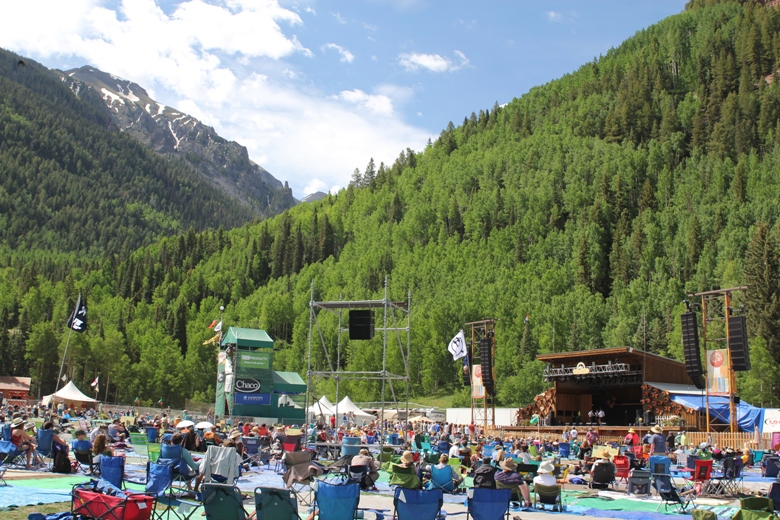 One boy, Sam, who has attended the bluegrass festival with his parents for the past three years, mentioned how one of his favorite parts of the family tent was the magic show. The family tent was packed with smiling hula-hooping kids who all seemed to be having a blast. Many families also set up tarps or tents for their families to enjoy the music by the stages. Many kids were running around, squirting spray bottles to cool down other festivarians, and throwing marshmallows onto the stage during sets. The festival is set up in such a well-organized way, most parents and families seem to be comfortable to let their kids roam and enjoy the music.

Music can be such a powerful tool to help kids grow into themselves, as well as let loose and have fun. I was certainly impressed by the crowds of kids dancing and gliding to the music on the grass and smiling in the sunshine. The Telluride Bluegrass Festival proved to be one of the most quintessential festivals to encourage the power of music in children’s lives. This bluegrass festival is also a must-do bucket list item for coming to Colorado ski country in the summer. But you have to act fast! Camping spots for the festival are reserved in a lottery system a half-year prior to the festival in December, and 4 day festivals passes tend to sell out within days in December as well. However, if you are ready for 4 days of family fun and incredible music amongst a picturesque backdrop, now is the time to start preparing for the next year’sTelluride Bluegrass Festival. More information can be found at www.bluegrass.com/telluride. Expect to see the lineup posted throughout the fall, and ticket sales to happen in December.

If you can’t commit now, or if bluegrass isn’t your thing, here are some other ski town summer music festivals that are worth your while:

The Breckenridge Music Festival brings over 40 professional musicians for year-round performances ranging from classical and jazz to blues and rock. More information can be found at http://www.breckenridgemusicfestival.com/.

Bravo! Vail in the Vail Valley brings in three of the world’s finest orchestras during the summer to perform different diverse and eclectic chamber music. More information can be found at http://www.vail.com/summer/events/bravo-music-festival.aspx.

Planet Bluegrass also hosts Rockygrass in late July in Lyons, CO which is known as one of the greatest bluegrass festivals in the country. More information can be found at http://www.bluegrass.com/rockygrass/.

(Melanie Yemma is Eileen’s youngest daughter and has been traveling since she was a toddler).