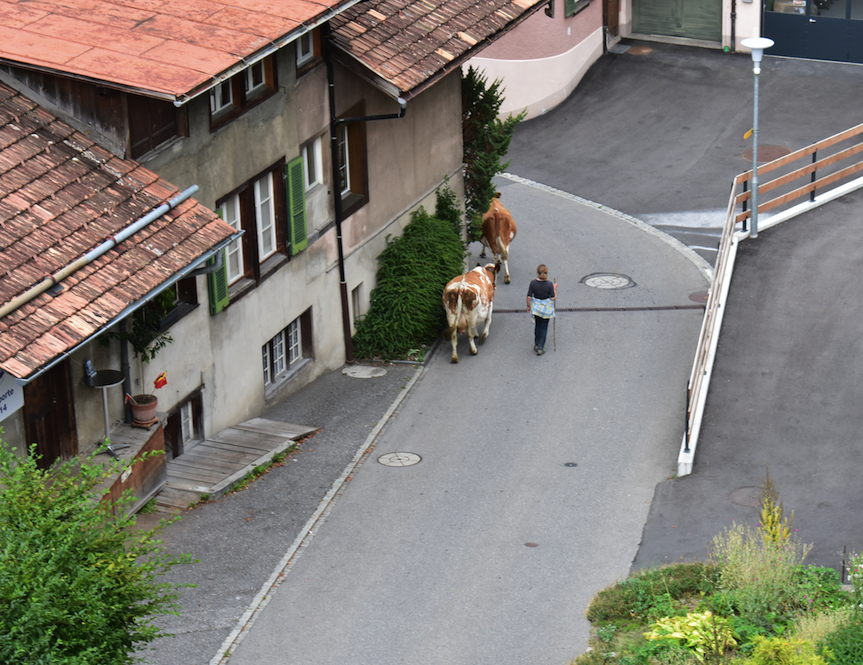 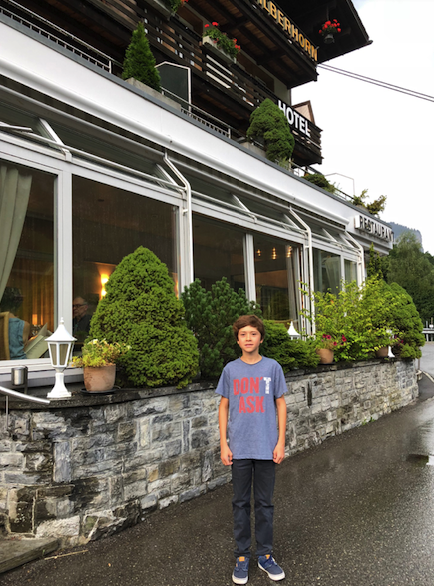 Our waiter at the Hotel Silberhorn

in Lauterbrunnen isn’t old enough to shave but he really knows his job.

Noa Von Allmen, 12, is the son of the owners of the picturesque hotel in this tiny village that is considered a gateway to the Jungfrau region of Switzerland with its famous craggy, snow-covered peaks. His great grandparents started the hotel, Noa explained. He likes helping because he can meet people from all around the world and practice his English—his favorite subject in school.

He not only speaks English well but German of course “and a little French and a little Italian,” he explained. These days, he also meets tourists from Asia who always travel in groups.

Kids should try Swiss food, he said, particularly Rosti — a kind of crisp potato dish served with cheese and egg. And raclette, another potato and cheese dish.

And just as Noa is anxious to practice his English, he hopes visiting kids would want to learn a little Swiss-German, which is different, he explains, than the German spoken in Germany.

In winter, “you can ski any day,” he said and what’s especially fun is when there is a lot of powder and you can go up to the revolving restaurant at the top of the  Schilthorn via cable car—famous because the James Bond movie “On her Magesty’s Secret Service” was filmed here with its action ski and toboggan shots.

In summer, when we visit, the Schilthorn is tourist central with people visiting from around the world for the spectacular views of the famous Aps and the Bond World Museum. In winter, Noa says, it’s fun to take the cable car up for breakfast, take in the views and ski down “with the snow in your face!” 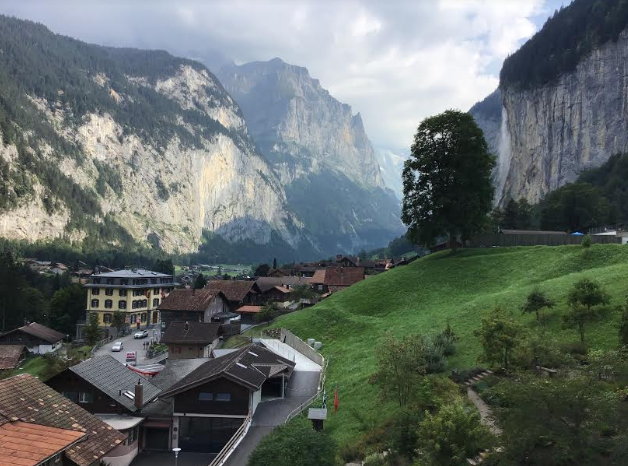 View from our room at Hotel Silberhorn

What’s in his pocket? His phone of course, and a power bar. For hikes, cheese sandwiches and plenty of water. Noa is a vegetarian, the only one in his family. You see cows and hear their cowbells as their owners lead them right past the hotel on the pedestrian road. He takes the train and bus to school—an hour away—and spends two nights at school.

Kids should definitely try Ovomoltine, a hot chocolate drink, or you can eat it as chocolate. His favorite desert- something chocolate, of course—Chocolate Mousse!

There are many family-run hotels like this in this region of Switzerland where one generation takes over from the next. But Noa, who has two older brothers, isn’t sure that is what he ultimately wants to do. “It is very hard work,” he says, as he goes to wait on another table with a smile on his face.