Taking the Kids — away for Thanksgiving 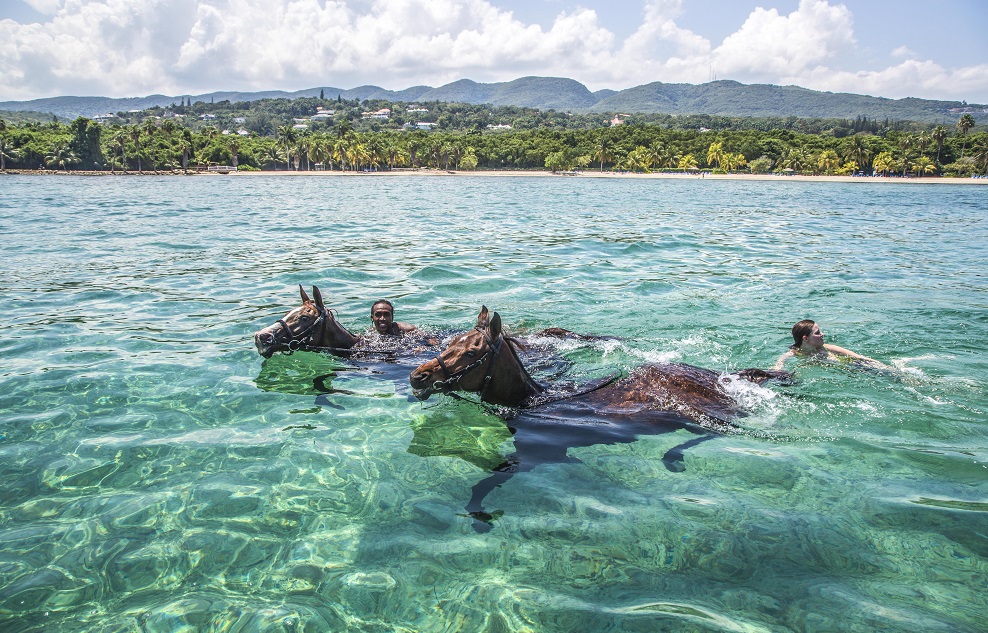 Every year the four Houston grandkids look forward to their “confidential dinners” Thanksgiving week just with their grandfather.

“That’s because anything they tell him he will never tell us,” explains Jennifer Houston, whose father-in-law, John Houston, hosts the dinners with the four teens and the entire family Thanksgiving week at Half Moon Jamaica where the entire family can stay in one villa.

Jennifer Houston said the Thanksgiving tradition started six years ago after her mother-in-law’s death. It had been her wish to have all four grandchildren, now teens, together at least once a year in the same place as part of the family lives in Pittsburgh and the others outside of Boston.

“We can eat all meals together at the villa or at restaurants on the property, but divide up during the day for tennis, golf, beach, pool, bike riding, snorkeling, etc.,” she said, adding that she doesn’t think her 13-year-old can remember a Thanksgiving at home. “Prior to Jamaica, we have spent Thanksgiving in Paris and the Bahamas,” Houston said.

Increasingly, it seems, families like the Houstons are seizing Thanksgiving week for a family vacation. Families explain it is typically a slow week at work and school — some kids have the entire week off, and there may be fewer family obligations.

Families are filling cruise ships, booking dude ranches, selling out all-inclusive Caribbean resorts like Beaches and Curtain Bluff in Antigua, hitting the Orlando theme parks in full holiday mode and renting apartments and houses in cities, as well as resort locales. (VRBO reports that traveler demand increased 21 percent for Thanksgiving between 2017 and 2018, a larger increase than for Christmas.)

“Thanksgiving travel is becoming just as popular as Christmas travel (at Beaches resorts),” observes Debbie-Ann White, senior vice president of Public Relations and Promotions. “More and more families are throwing out the traditional gathering at home and eliminating the stress of preparing a feast and instead opting for a family vacation in an exotic destination like Jamaica or Turks & Caicos.”

That’s the case on Carnival Cruise Line, which carries the most children in the industry, nearly a million a year, says spokesman Vance Guliksen.

“Cruise lines really do make it an extra-special experience — ships are decked out, there are special themed events and meals onboard, and some ports of call might even hold festivities, as well,” said Colleen McDaniel, editor-in-chief of Cruise Critic, the leading online consumer resource where you can find an overview of Thanksgiving cruise offerings.

Some families make a Thanksgiving getaway a tradition, returning year after year, said Mary Miller of Elkhorn Ranch, southwest of Tucson. “We also have people who travel solo or as a couple that have become “regulars,” as I think they enjoy the feeling of family that takes over the place.”

Families say, not only are all the chores left to others, but no one has to host the relatives. Flights can also be cheaper ahead of the holiday weekend. AAA spokesman Julie Hall noted that flying Monday of Thanksgiving week is the best deal with the lowest average ticket price ($486) prior to the holiday.

There may even be deals to be had. Visit Orlando’s Black Friday deal, which can be used over the holiday weekend. Starting Nov. 19, Visit Orlando will offer an extra 10 percent off all purchases at OrlandoTickets.com with GIFT code.)

And Cruise Critic’s McDaniel added that while holiday sailings tend to be more expensive and sell out early, cruisers could grab a last-minute deal, especially if they can drive to a port — and there are nearly two dozen to choose from.

The Isaacsons and two other families opted to cruise at Thanksgiving for many years because “it was a great way for everybody to enjoy a vacation because there was so much to do for the kids, as well as the adults,” Rachelle Isaacson said. “We only stopped cruising when our oldest children started college and were not off the entire week of Thanksgiving.” They now opt for a Christmas getaway at Vista Verde Ranch in Colorado, she said. “We love not all the activities but the fact that our children cannot really access their social media because of the Wi-Fi situation, which forces them to play games as a family and spend quality time together.”

That’s an important reason why families want to get away together — even choosing Thanksgiving for a bucket list trip.

Vacationing during the Thanksgiving holidays, families say, offer an opportunity for a unique and meaningful holiday gift and a much-needed opportunity for (mostly) stress free family time.

With far fewer dishes to wash!