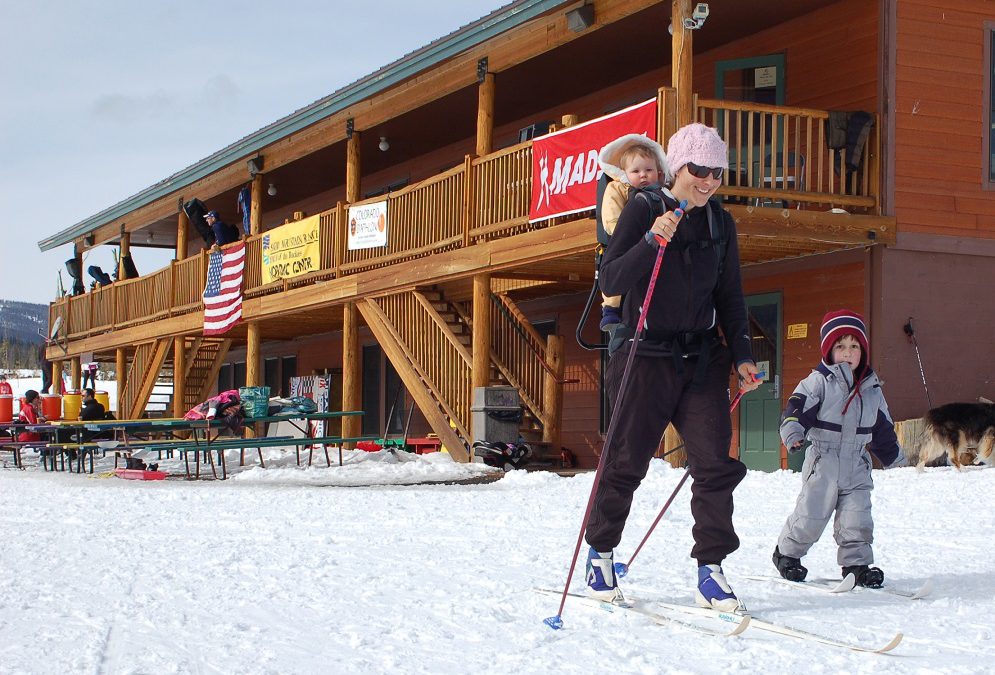 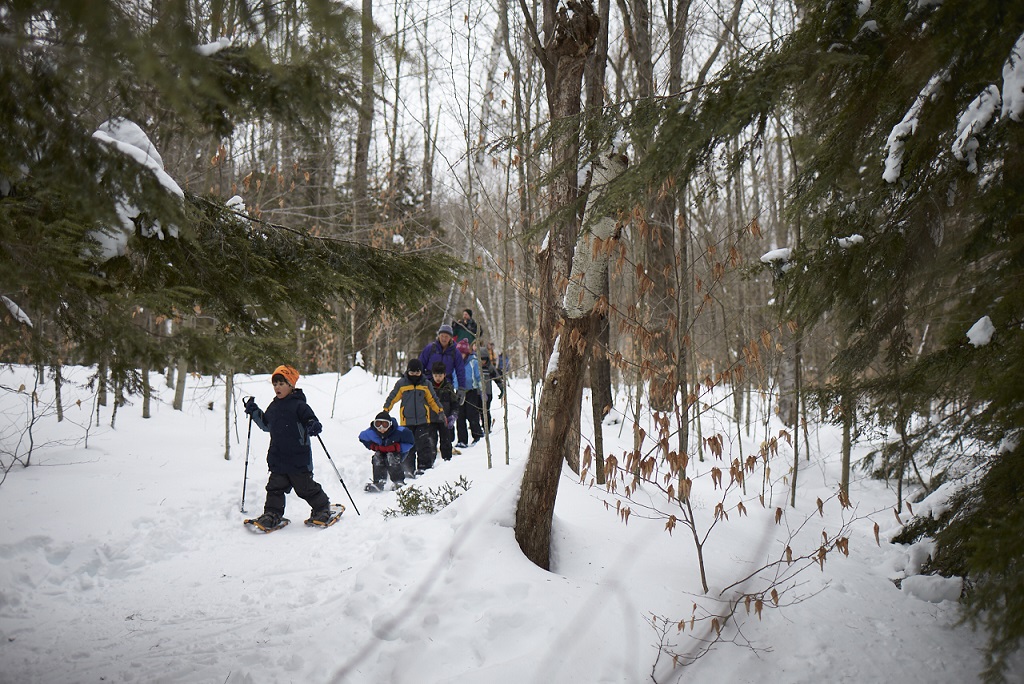 It takes me a while just to figure out how to get up, much less move the long, narrow skis where I want them to go. Why don’t kids seem to have as much trouble getting up when they fall learning a new snow sport? A longtime skier, I’m on cross-country skis for perhaps the second time in my life at Vista Verde Guest Ranch, which is surrounded by snow-covered meadows and peaks and about as far from a crowded ski slope as you can get.

We discovered one week last winter that, despite the tumbles, it’s exhilarating for everyone in the family to have the chance to try a new snow activity like snowmobiling, horseback riding, snowshoeing, backcountry skiing or biking on “fat bikes,” an increasingly popular option, especially for those who are determined to go home with “bragging rights” for having tried something new on vacation.

My family offers that as much as they love skiing and snowboarding, there’s something especially nice about getting away from the crowds — the lift lines, the wait for a table at lunchtime “just being able to chill,” my daughter Mel suggests, whether outdoors, in front of the huge fireplace in the main lodge or on the porch of our cabin in the hot tub watching the horses play in the meadow.

The family-owned Vista Verde Ranch is about 25 miles north of Steamboat Springs, set on 540 acres in the middle of Colorado’s Routt National Forest. There are just nine well-appointed cabins — each with their own hot tubs — and three lodge rooms. There’s no jockeying for a spot at lunch — and no one had to grocery shop, cook or do dishes.

There are fewer than a dozen ranches in Colorado and elsewhere in the west open in the winter, according to the national Dude Ranchers Association, most in Colorado. Some are moderately priced, like Elk River Guest Ranch, (book just a cabin starting at $135) others like the all-inclusive Vista Verde, are pricier (starting at $1,350 for three days for adults, less for kids.) In summer, at Vista Verde, like at other ranches, you must commit to a week’s stay and it is even more expensive.

Whether you live near the snow or your kids have never seen snow, you can find winter experiences unlike any you’ve had before:

— Mush by dogsled across a frozen Minnesota lake and spend the night in a yurt with White Wilderness sled dog adventures in Ely, Minnesota.

— Build a giant snow creature with kids and lob snowballs while staying in affordable cabins at the edge of Rocky Mountain National Park at the YMCA of the Rockies and Snow Mountain Ranch where you’ll find all the gear you’ll need for adventures in the snow.) Cabins start at $154 a night. There’s also a new Spruce Saddle Adventure Zone at Snow Mountain Ranch and zipline at the YMCA of the Rockies.

— Learn to ice climb and let the kids try an ice-climbing camp in Ouray, Colorado, famous for their hot springs, which have just been renovated.

— Borrow all the gear, including jackets and snow pants, you’ll need at one of the New England Appalachian Mountain Club lodges and then head out on guided adventures in the snow. Sign on for a special family weekend.

— www.glamping.com is a good place to search for off-the-beaten-track winter options, whether budget or splurge — among them Whitepod, domes with wood-burning stoves in the Swiss Alps (from $452 a night) to ICEHOTEL, the largest hotel built out of ice in northern Sweden (from $217 a night) to historic prospector tent cabins in Alaska hosted by a sled dog musher and her dogs at Bouchards Mountain View and Slow Rush Kennels (from $70 a night).

— Explore Yellowstone as we did one winter in Montana on snowshoes, getting up close to Old Faithful and even a bison or two. Usually by mid-December, roads are open only to “over snow” travel via guided snowmobile or snowcoach, or through the non-commercially guided snowmobile access program.

During our Vista Verde visit, we headed out into the snow. Normally, some of us would have packed it in on such a low-visibility day, but we didn’t want to miss a minute of outdoor fun. We then hopped in a ranch vehicle and drove a few miles where we snowshoed through the trees along the Elk River. Luckily, our guide clearly knew his way — there are no marked trails.

One of us fell in a deep hole in the snow, but we all laughed. Rather than being concerned about the snow, and what it would do to our schedules, we reveled in it, making our own trails in the woods.

After a couple of hours, we returned to the ranch in time for lunch — three varieties of chili — spicy beef, vegetarian and my favorite, green chicken chili with all the fixings — onions, cheese, sour cream and even cornbread croutons. There was a salad bar, too, and mini cream puffs for dessert. Yum!

We relaxed for an hour before we headed out for the afternoon — one of us to yoga, three for a trail ride in the snow and my husband and me to Nordic ski in hopes of seeing a moose.

It was snowing again — harder than the morning, in fact, but that just seemed to make it more of an adventure. The moose eluded us—maybe next time.