Taking the Kids on a lengthy travel ‘sabbatical’ 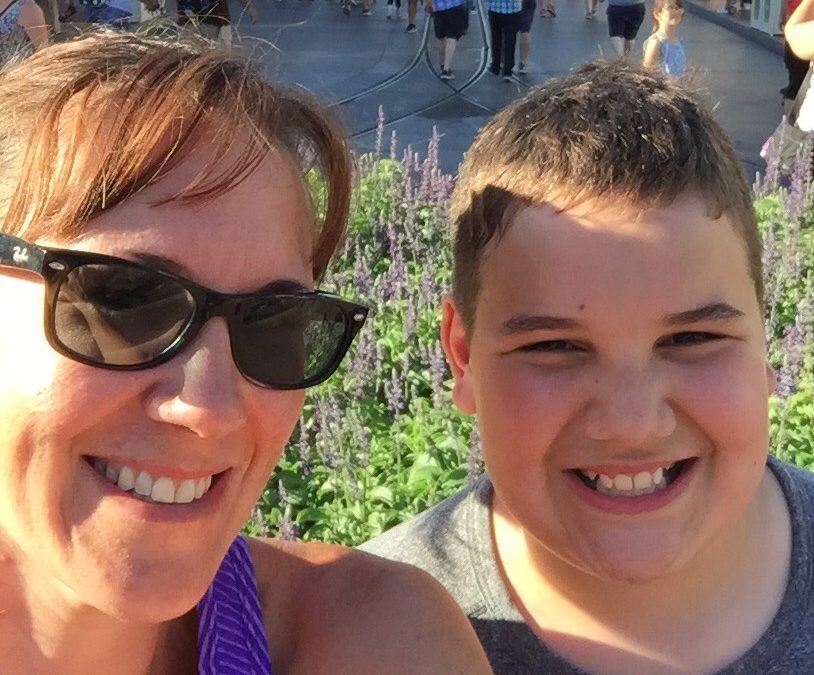 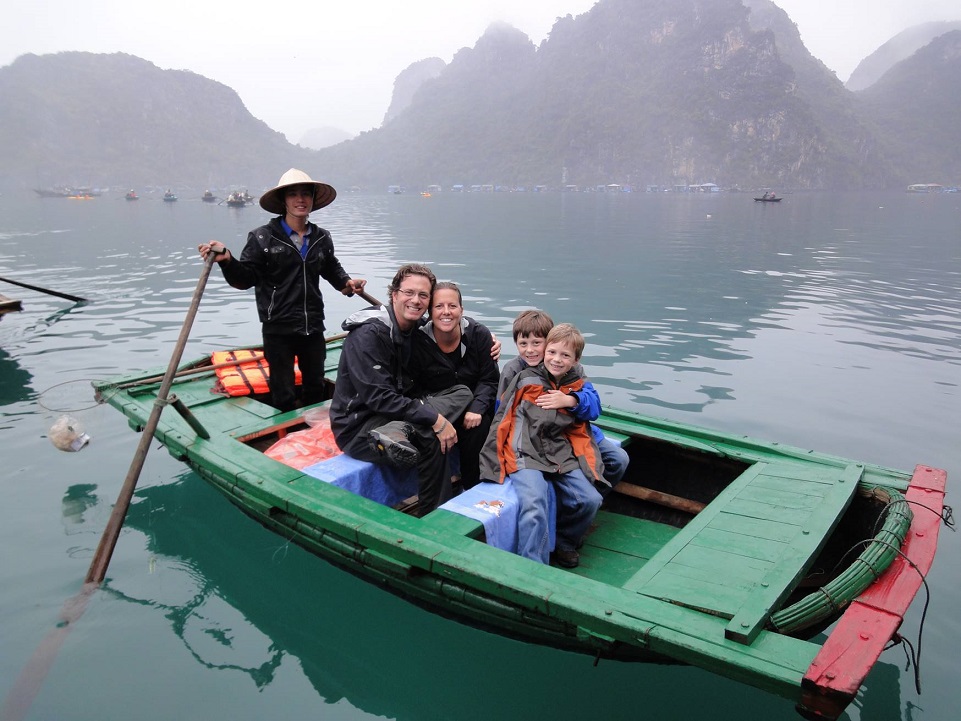 The Jacobsons in Halong Bay, Vietnam

For five years, David and Shari Jacobson saved as much as they could, but they weren’t saving for a dream house or college for their two sons. They were putting money aside for a dream family trip many thought would never happen.

The Jacobsons, from San Diego, saved to take their sons Sean, then 10, and Ryan, 7, on a seven-month, around-the-world odyssey with one suitcase and backpack each, said Shari Jacobson, whom I met on a trip to Antarctica, which marked the family’s seventh continent together.

“The hardest was trying to figure out what to put in the backpacks,” recalled Sean, now 15. He added, that in retrospect, he wished they had taken even fewer electronics because “We’d be watching a movie or playing something and not looking at stuff,” he explained.

Five years after that sojourn, which began in Australia and ended in Africa — the Jacobsons figured it would be easier for the kids to visit Europe on their own later — the family continues to reap the benefits from that extended time-out, unplugged from work and totally present. “It solidified us as a family,” said David Jacobson.

Both Sean and Ryan now have a better understanding of and appreciation for different cultures. And, after seeing abject poverty in Africa, they realized that back in the United States, back to their own lives, they didn’t need so much “stuff.”

“It’s one thing to read about it,” said Shari Jacobson, a former teacher. “It’s another to see it firsthand.” 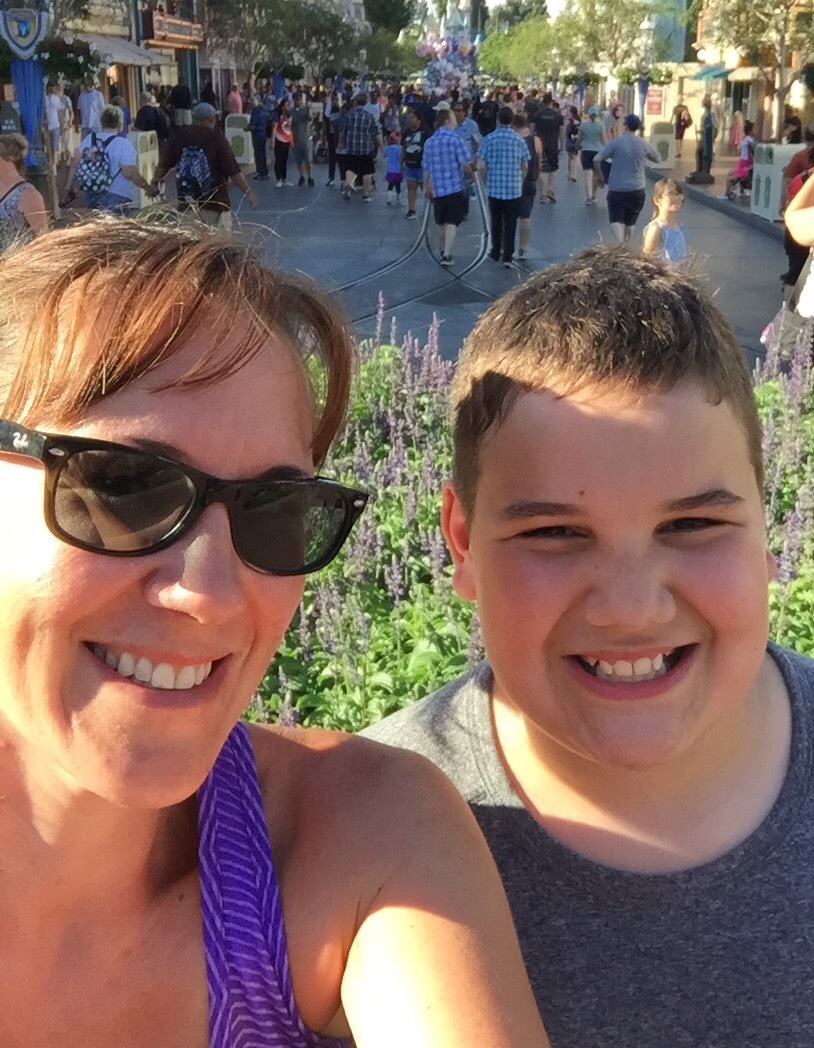 Today, it seems, with people able to work and go to school remotely or take a time-out, such trips appear more popular; this at a time when, according to MMGY GLOBAL research, presented at the TMS Family Travel summit I co-chair, millennial families are traveling more widely abroad and seeking new adventures to share.

“There’s no doubt you’re hearing more about it,” said Rainer Jens, a former National Geographic executive, who was spurred to start the Family Travel Association after his year-long trip around the world with his wife and kids when the kids were just 8 and 11. “It was a time of self-discovery and learning that they could never have had in the classroom,” he said.

And it was career-changing for him. “I came back from the trip determined to inspire more families to travel and help them discover what’s possible, “Jens said. “Too many parents are just simply not aware of all the cool things you can do with your kids.”

Just be prepared for a bumpy re-entry — for the adults anyway, said the Jacobsons. “You are living a minimalist life when you travel,” David Jacobson explained. “That changes your priorities when you get back.”

These trips aren’t only for the wealthy. For the Jacobsons, it was a financial stretch at the time.

Kim Walker, a fundraising consultant in Canada and the widow of a bush pilot, sold her car and “used every spare penny I could get my hands on,” to finance her upcoming three-month trip to Asia with her 11-year-old son Sam.

When her husband was diagnosed with cancer and knew he wouldn’t see his son, only three at the time, grow up, Walker promised him she would do “whatever I could to make some amazing memories for him.” This year is Sam’s last in elementary school and she decided the time was right. They chose Asia, working with Quivertree Family Expeditions, so that they could completely dive into a different culture while staying within budget.

How to make it work? “Saving for this trip has been a fantastic life lesson,” said Kim Walker. “It has really kept me in check for frivolous purchases.”

“We had to say no to a lot of other things,” said Shari Jacobson.

Everyone in the family must be onboard with the idea. “Get the kids involved in the planning,” said Jens. “Also, don’t underestimate what your kids will like. It’s amazing how curious they are about everything and what they gravitate toward.”

The Allisons, from Troy, Michigan, had a family “bucket list” for places they wanted to go, said Valiena Allison. After she sold her business, she, along with her husband and two teens, spent 13 weeks last year traveling through Europe.

The trip was designed so that everyone in the family could check off something on their bucket list — running with the Bulls in Pamplona for Valiena, seeing Anne Frank’s house in Amsterdam for Sky, 15.

More important than what you do or how long you are gone, is “to disengage from your everyday life,” Shari Jacobson said, and be fully engaged in the experience,” added her husband, David.

It is also important, the couple said, “to know your family and how they will do in unexpected situations,” because as we all know, travel is full of bumps in the road. Such a trip can’t help but showcase each family member’s strengths and teach self-reliance.

Sean Jacobson added that he learned the value of compromise — he went to sports events that his brother chose, and his brother went along with him to visit a panda sanctuary in China.

And it helps, added his brother Ryan, if you get along with your siblings because “you don’t have anyone else.”

“I’ll absolutely do something like this with my kids,” said Sean Jacobson.

Some families, like Kim Walker’s, have preferred to leave the planning to travel agents. But, says Jens, these days planning an extended trip is not as daunting as you might think, with online home-schooling programs, home exchanges and the option to rent an apartment short term, from Homeaway.com or Airbnb. A good resource for trip planning is the website www.meetplango.com.

The people the kids meet along the way, Valiena Allison says, “are just as important as the sights they see.”

Nor should fears of terrorism keep families home.

“You have to live your life,” says Shari Jacobson.