Taking the Kids – To Clean Beaches and Avoiding the Oil 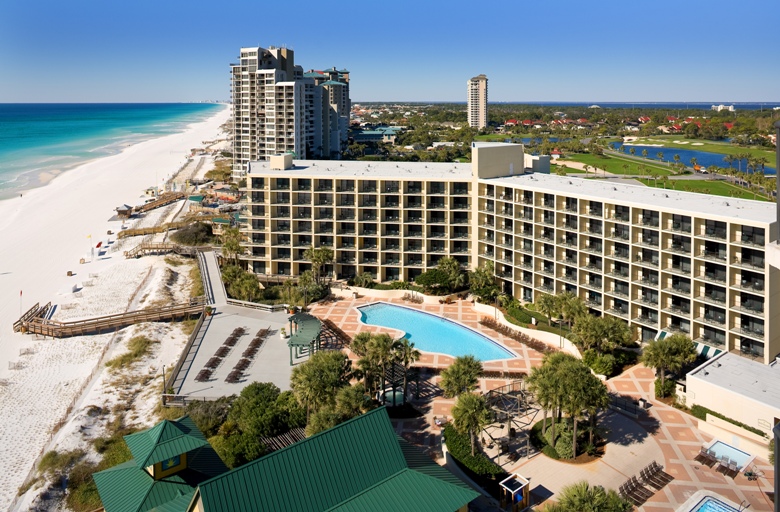 Ian Stokes and his wife Rebecca aren’t taking any chances that the Deep Horizon oil spill would derail their long-planned beach vacation with their toddler.

Even though they hadn’t planned to go to Panama City, Fla., until September, the Tennessee couple already has canceled and rebooked in Ft. Lauderdale. They will have to fly rather than drive and will end up spending more with a day less on the beach. Still, they, and the other couple they are traveling with, thought they made the right choice. “We were concerned about our daughter being exposed to something getting in the water,” explained Rebecca Tolley-Stokes, a librarian and assistant professor in Johnston City, Tenn. “We were afraid.”

As vacation season gets into high gear — with officials yet to figure out how to stem the flow of oil into the Gulf of Mexico in the worst oil spill in U.S history — families who planned to head to the Gulf Coast are worried too about clean beach waters — as are those who count on their business. “We had a huge amount of phone calls from people who were concerned whether the oil spill would impact their vacations,” said Ron Mote, vice president of Operations for Sterling Resorts (www.sterlingresorts.com ), located along the Mississippi Gulf Coast. The vacation rental management company — with properties in Mississippi and Northwest Florida — immediately rolled out a “clean Beach Booking Guarantee,” promising that if the beaches are closed due to the oil spill, guests will get refunds and deals.

Hilton Sandestin Beach Golf Resort & Spa (www.sandestinbeachhilton.com ), northwest Florida’s largest beachfront resort hotel, offers private bunk-bed areas for kids and a “stress-free summer, guaranteed “with a 24-hour cancel policy, if the beach is closed due to the oil spill.” There are also special deals and real-time updates on Twitter and Facebook so you can see photos of the beach first-hand, view it via live Webcam and interact with guests who are there. (Now until the end of July, book a SUNcation at the Hilton Sandestin Beach Golf Resort & Spa and receive one free night when you book three consecutive nights! This deal is not bookable online. Call 1-800-559-1805 to make reservations and mention package code “FF”.)

But with the nonstop news coverage and pictures of gushing oil off the Louisiana coast, vacation home managers are even getting calls about places not remotely impacted, like the outer banks of North Carolina with people concerned about the oil and the beaches they plan to visit, said Steve Trovers, vice president of the Vacation Rental Managers Association (www.vrma.com ) whose members oversee properties all along the Gulf Coast and across the country (www.discovervacationhomes.com ).

Horseshoe Bay Resort — on a Texas lake — reports bookings from those canceling vacations to Mississippi and elsewhere while 42 percent of 50 hotels surveyed in the Gulf area by The Knowland Group said they were experiencing group booking cancellations — up from just two weeks ago.

Even tourism officials in New Orleans, which is 100 miles inland and on the banks of the Mississippi River, not the ocean, felt compelled to reiterate that they have “remained unscathed,” and that there are a variety of summer packages starting at just $79 a night (www.thehotelneworleans.com ) in The Big Easy, including one at the New Orleans Marriott that offers guests a special nightly rate of $84 in exchange for their volunteering their time to a worthy cause (www.neworleansmarriott.com ).

So what should we do when the kids have been counting down till they can build giant sand forts and take those boogie boards in the waves? “Don’t give up on your vacations,” urges Orbitz’s Jeanenne Tornatore. There are still miles and miles of sugar-white sand beaches and clear water along the Gulf Coast — at least so far. Even President Obama urged last week in a press conference that we “help by continuing to visit the communities and beaches of the Gulf Coast.” As reported by CNN, Obama said, “I was talking to the governors just a couple of days ago, and they want me to remind everybody that except for three beaches in Louisiana, all of the Gulf’s beaches are open, they are safe and they are clean.”

That said, the situation could change — hourly. That’s why it’s important to read the fine print (Are cancellation fees waived if oil hits that hotel’s beaches? Are there incentives to encourage you to book? Check Websites like www.beachesofsouthwalton.com  to see what extras local resorts in that area of Florida are offering. I expect we’ll see more deals the longer this crisis drags on. To fill vacancies, sites like www.packlate.com  are touting deals for as much as a third off.  (Sign up for a free PackLate membership by June 17, 2010, type in the code TakingTheKids25, and receive a coupon good for $25 off your first booking. The coupon is good for a full year and can be used on any booking made in the PackLate marketplace.)

Orbitz has just put up www.orbitz.com/oil, which links directly to tourism Websites in the impacted states. Get the kids involved to check the daily updates on official Websites like Louisiana’s (http://www.louisianatravel.com/oil-spill-response ) and Alabama’s (http://www.gulfshores.com/issues/ ); so far the oil has not hit either area.

The new www.visitfloridalive.com  site lets you see photos and real-time tweets and gives you local updates on beach conditions across Florida, along with plenty of vacation deals not offered a year ago, Florida tourism officials suggest. “We want you to make an educated decision,” says Florida tourism spokesman Kenneth Morgan. “Our big push is to correct misconceptions. At this point, the beaches are clear.”

Use social media — the kids will be all over Facebook — to stay current and to look for special deals being offered to “friends” and “fans” of hotels and resorts in the region.

You are less at risk, of course, if you plan to drive rather than fly, as many families plan to do this summer. Of course, that doesn’t help any of you planning to fly into Florida’s new Northwest Florida Beaches International Airport in Panama City for a Gulf beach vacation.

“Travel insurance covers weather or natural events and this situation qualifies as neither,” explained Linda Kundell, a spokesman for the U.S. Travel Insurance Association.

Rebecca Tolley-Stokes, meanwhile, is trying to figure out how she’ll manage to pack everything the baby needs without paying exorbitant airline fees for overweight bags.

She and her husband would have preferred to drive to the Gulf Coast, she said. “I was looking forward to it. … Another year,” she added ruefully.